It was a strange weekend with four of the top five teams dropping points but Man. City remained dominant as ever, putting five past Brighton. Their attacking assets are put under the scanner using the Fix Comparison Matrix for the last six gameweeks. Barring Foden (312), they have all played a similar number of minutes.  Sterling leads the way for FPL points (60) and is on top of most attacking metrics too. Only Jesus (20) has taken more SiB than Sterling’s 13 but the latter has landed nine SoT compared to the Brazilian’s six. De Bruyne is by some distance the most creative player of the lot with 23 attempted assists, which is more than Sterling and Mahrez combined (22). However, the Belgian has taken just seven SiB over their seven matches, an average of just one a game. Only Foden (two) has been afforded fewer ‘big chances’ than his three. Minutes and rotation remain a concern for all Man. City assets going forward but Sterling has shown he can deliver big even with limited gametime which makes him the pick of the bunch. 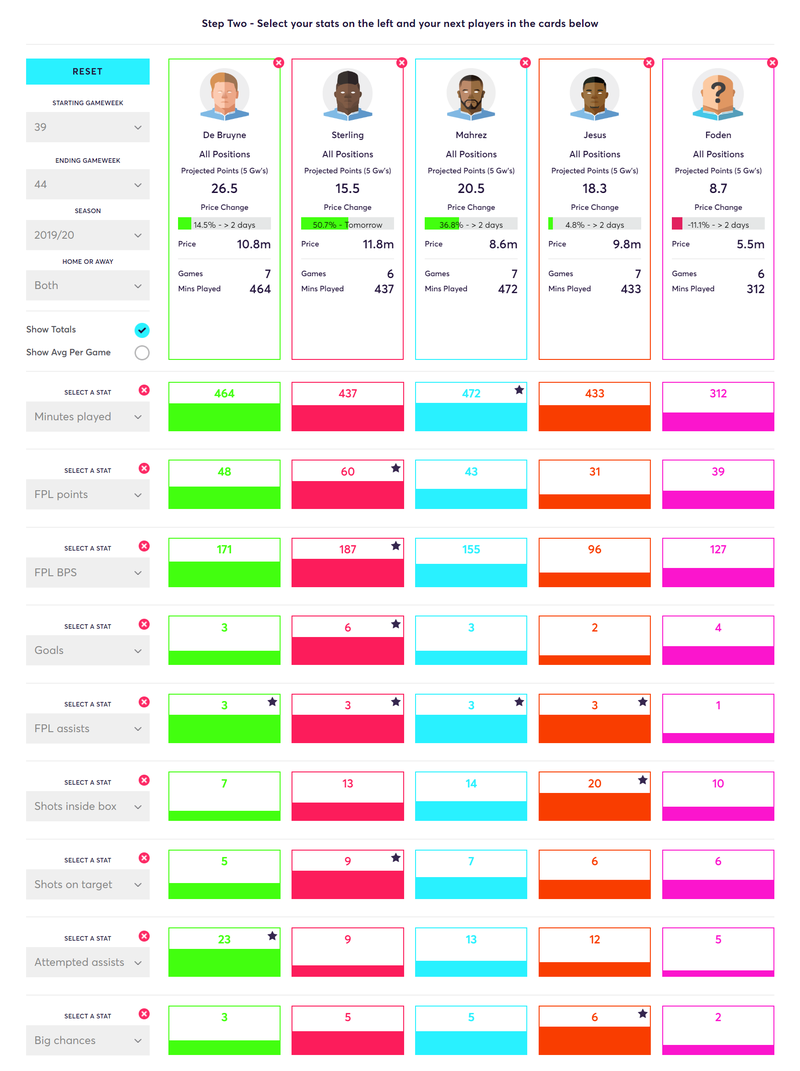 The Canaries put in a woeful performance against West Ham and with their relegation already confirmed, they travel next to a Chelsea side that will be looking to bounce back after losing to Sheff. Utd. in gameweek 35. Giroud’s numbers are compared to another popular transfer target Ings using the Fix Heatmaps feature. The Frenchman has featured for 202 minutes fewer than the Englishman but still matches him for shots (15). A look at the average attacking numbers shows that the Chelsea man wins out for expected goals (xG) (0.44 to 0.41), SiB (3.21 to 2.34) and SoT (2.14 to 0.84). Ings (11) does beat him in terms of creativity though with the Frenchman not attempting a single assist since the restart. The Frenchman looks to be a great option ahead of Chelsea’s meeting with the hapless Canaries.