Salah scored both Liverpool goals in the unbelievable 7-2 defeat at Villa to take his Fantasy Premier League (FPL) points total up to 41 for the season, only Kane (44) and Son (45) have earned more. The Egypt international has taken a league-best total of 15 shots in the box (SiB) across the opening four gameweeks, while no midfielder has landed more than his seven shots on target (SoT). Only De Bruyne can equal his 14 attempted assists, while only Rodríguez (four) and Kane (six) have created more than his three ‘big chances’. He is the most owned player in the top 1000 as per our FPL Statistics feature with 76% ownership. The Champions have scored 11 goals this season, only Spurs, Leicester and Everton (12 each) have been more prolific. They are top for SiB (49) and only Spurs (31) have landed more SoT than their 27. Everton have conceded five goals so far, keeping just one clean sheet. They conceded 13 SoT over those four matches. Our Fix Algorithm currently projects a point score of 5.9 for the Egyptian. 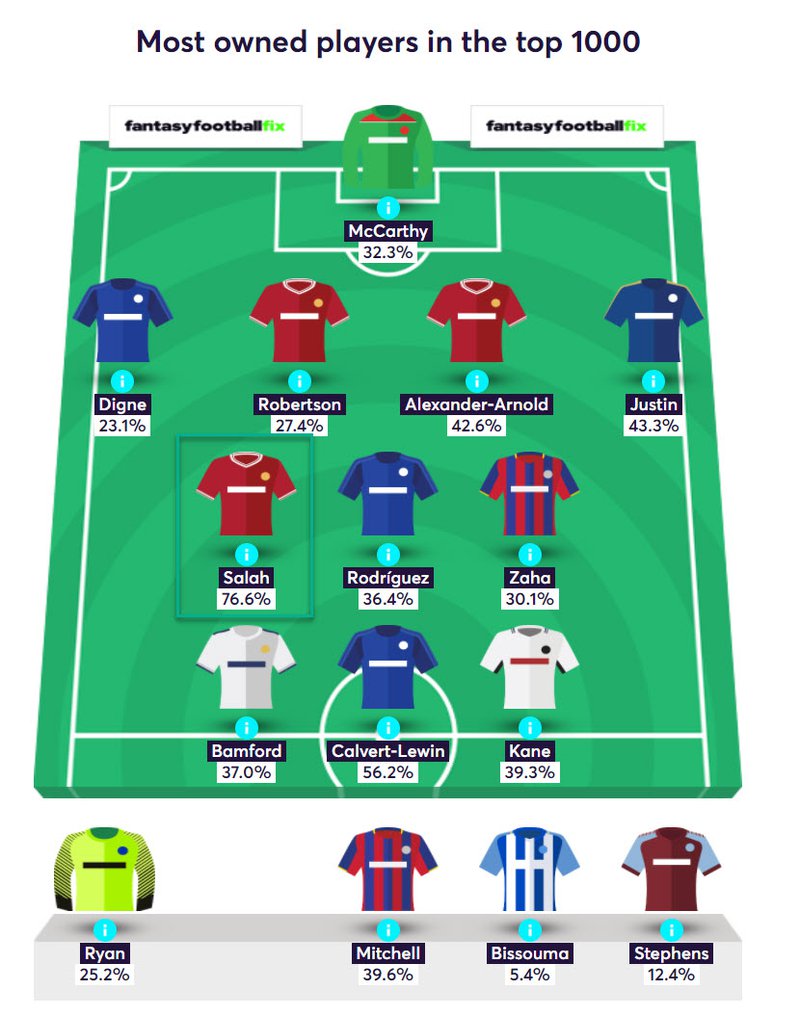 After the 6-1 thumping at Old Trafford last gameweek, Kane now has nine goal involvements from the opening four gameweeks (three goals, six assists) averaging 11.0 points per game (PPG). The England captain has amassed a league-leading total of six assists and no player has created as many as his six ‘big chances’. Meanwhile, he ranks top amongst FPL forwards for shots with a total of 19, SiB (14) and SoT (10) as per our Stats Sandbox feature. No team has scored more goals than Spurs’ 12 and the London side are also top for SoT (31) and ‘big chances’ (17). West Ham have conceded just four goals over their four matches, keeping two clean sheets. The Hammers allowed opponents 37 shots over those four matches. Our Fix Algorithm currently projects a point score of 6.2 for Kane.

Calvert-Lewin marked his England debut with a goal against Wales over the international break, sustaining the form that has seen him score six Premier League goals already this season. Only Kane (44) has earned more than his 37 points amongst FPL forwards, which is an average of 9.3 PPG. A total of 13 SiB and nine SoT ranks Calvert-Lewin in second just behind the England international captain, while only Vardy and Wilson can match his total of six ‘big chances’. He is the third most transferred in player this week as per our Transfer Stats feature. Everton have scored 12 goals so far, joint-first with Spurs and Leicester. Their total of 36 SiB is bettered only by West Ham (42), Spurs (46) and Liverpool (49). Only Liverpool (14) and Spurs (17) have fashioned more ‘big chances’ than their 13. Liverpool have conceded 11 goals this season keeping just one clean sheet, and only West Brom (13) have conceded more goals. Again, West Brom (12) and Man. Utd (13) are the only teams to have conceded more ‘big chances’ than their 10. Our Fix Algorithm currently projects a point score of 5.2 for Calvert-Lewin. 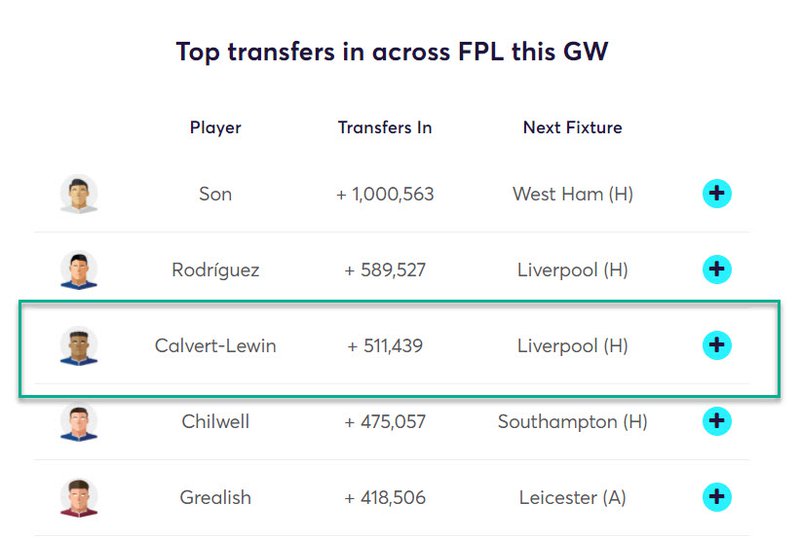 Barnes has averaged 5.0 PPG this season as per our Fix Heatmaps feature, with each of his two goal involvements (one goal, one assist) coming against Burnley at the King Power Stadium. Amongst FPL midfielders, he ranks joint-first with Salah for SoT (7) and second only to the Egypt international with tallies of 13 total attempts and 11 SiB. Grealish (28), Sterling (30) and Salah (42) are the only teams to have taken more than his 25 touches in the opposition’s box. Leicester have scored 12 goals this season, no team have scored more. Their total of 10 ‘big chances’ is bettered only by Everton (13), Liverpool (14) and Spurs (17). Villa have conceded just two goals this season, keeping two clean sheets. The Midlands outfit have conceded 11 SoT and five ‘big chances’ over those matches. Our Fix Algorithm currently projects a point score of 4.9 for H. Barnes. 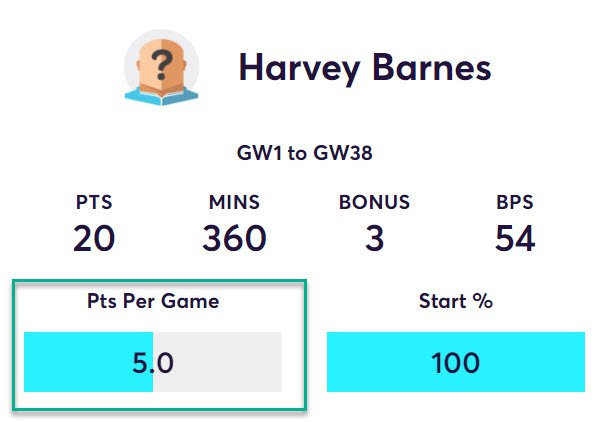 Baldock picked up his first assist of the season against Arsenal before the international break, building on the two goals and four assists he managed in the 2019/20 campaign. The right sided wing-back has completed 49 passes in the final third over the opening four gameweeks which ranks him ahead of Alexander-Arnold (47) and second only to Robertson (82) amongst FPL defenders. Only Castagne (12) and Robertson (18) can better his nine touches in the opposition’s box. Sheff. Utd have conceded six goals in their four matches, keeping no clean sheets. They have been a tad unlucky, only Villa, Burnley (both five), West Ham and Everton (both six) have conceded fewer ‘big chances’ than the Blades’ six. Fulham have scored just three goals so far with only Sheff. Utd (one) scoring fewer. Burnley (two) and West Brom (one) are the only two teams to have created fewer ‘big chances’ than Fulham’s three. Our Fix Algorithm currently projects a 40% chance of a clean sheet for the Blades and a point score of 4.8 for Baldock.