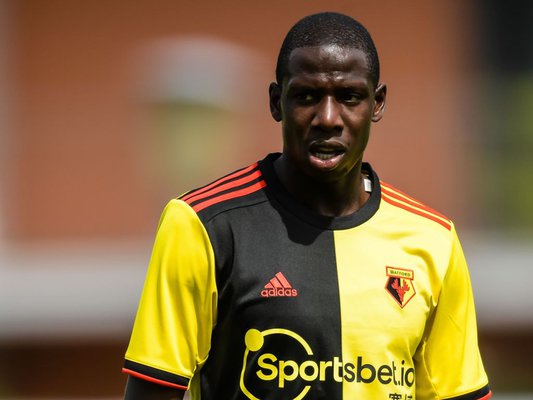 Watford continued their resurgence under Pearson and their midfielder Doucouré tops the xFPL table this week with a score of 10.7. The Frenchman took three shots in the box (SiB), one of which was a ‘big chance’ and also attempted three assists. Agüero was the week’s highest Fantasy Premier League (FPL) scorer with 20 points, the Argentinian landed more shots on target (SoT) (five) than any player this week and two of these were ‘big chances’. He also attempted two assists, notching an xFPL score of 9.9. Both of Chelsea’s fullbacks Azpilicueta and R. James posted impressive xFPL numbers of 9.4 and 10.4 respectively. The Spaniard had his only attempted assist converted by Hudson-Odoi but R. James took three shots and attempted three assists which explains his higher score. No player attempted more assists than D. Silva (five) but the Spaniard notched an xFPL score of only 5.1 as just one of these was a ‘big chance’.

Ings was unlucky to come away with just five FPL points against Leicester after taking a whopping nine shots, eight of which were in the box. As the Fix Comparison Matrix shows, over the last four gameweeks he is outperforming all other strikers bar Rashford and Agüero (both 29) for FPL points (24). He leads the way for shots (17), SoT (eight) and ‘big chances’ (five), despite being the cheapest player in the comparison. Southampton have a great fixture run for the next eight games which sees them placed sixth in our Fixture Analyzer for attacking difficulty. The numbers indicate that Ings can keep his scoring run going and merits a place in your squad. 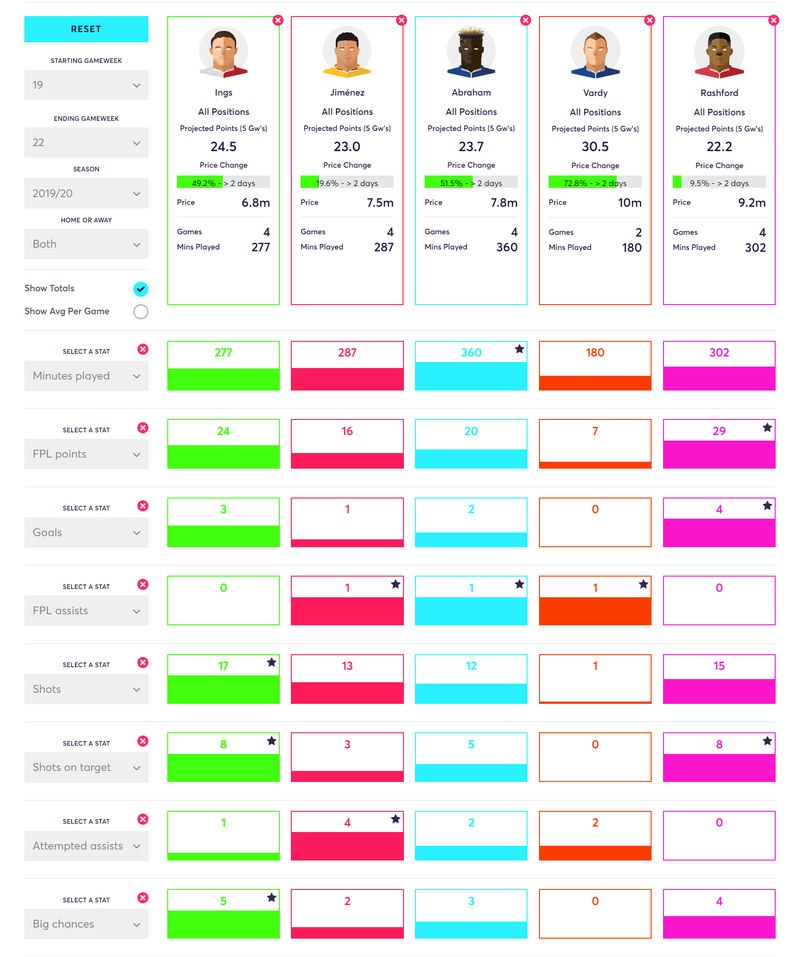 3. The case for Mahrez

The second highest FPL scorer this week with 17 points, Mahrez has now racked up 37 points in the last five fixtures, no midfielder has scored more. As the Stats Sandbox shows, he leads the way for shots (20) and SoT (seven) with only Martial (four) scoring more goals than his three. He is also joint-first with De Bruyne and Buendia for ‘big chances’ created (four). In fact, his expected assists (xA) figure of 2.07 is only marginally behind De Bruyne’s 2.17. Only Martial (29.69) and Mané (33.55) notched higher xFPL numbers than the Algerian’s 28.69 across that period. It is no surprise that he is this week’s third most bought player with a home fixture against Palace up next for the reigning Champions. Guardiola's comments below are also very encouraging 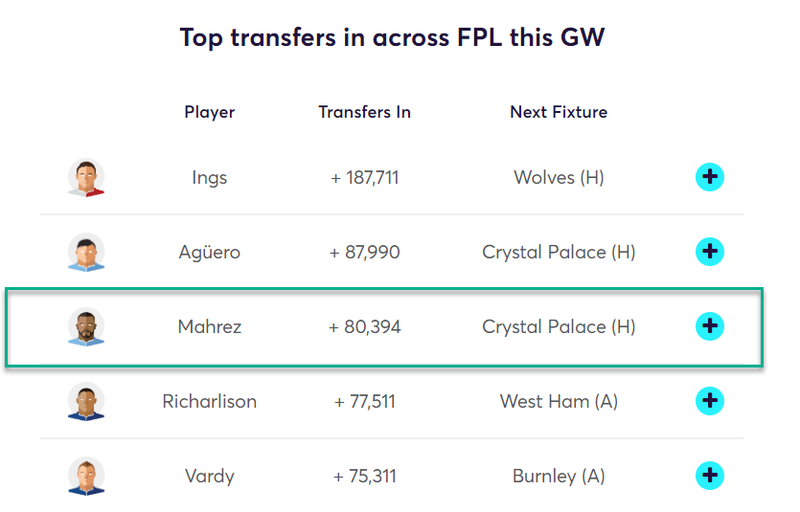 "You see his legs it is impossible to be injured because he has no muscles. The final third he has something special, always I have the feeling he can score a goal." - Pep Guardiola