Wolves notched their first clean sheet of the season in gameweek four and both their fullbacks impressed, with Marçal delivering two assists. Using the Fix Heatmaps feature, their numbers are compared over the last three gamweeks. Gameweek one is omitted as Semedo did not feature due to injury.

As the Touch Map below shows, Semedo spent more time in the attacking half and had more penalty box touches than Marçal. The latter seems to hug the touchline more and does more defensive work, with 12 tackles to the former's seven. 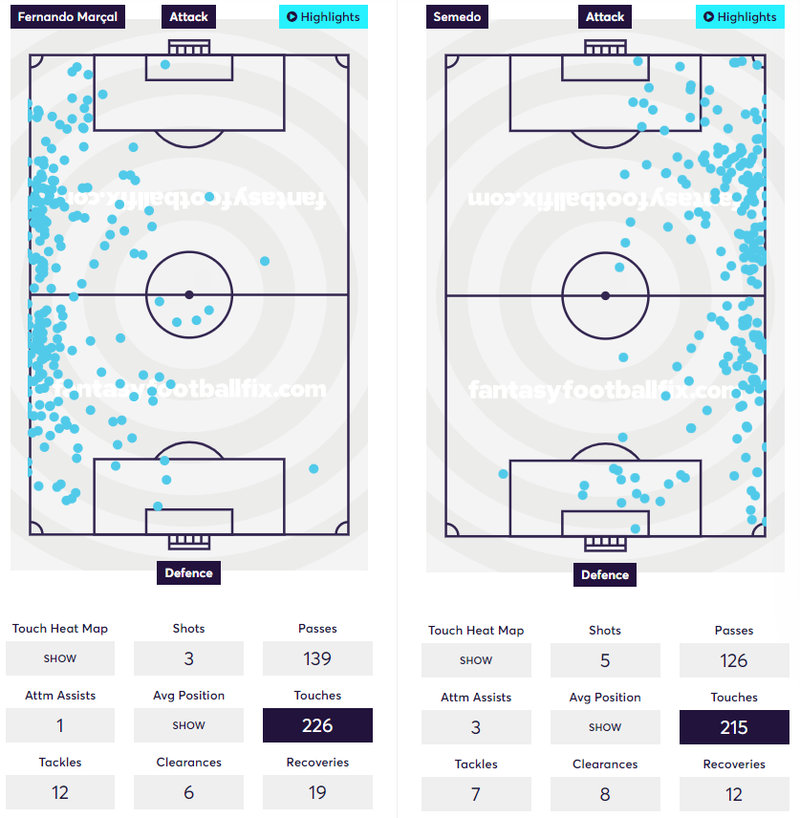 The Average Defensive Radar backs up the earlier data, Marçal is comfortably ahead of Semedo when it comes to defensive work and this bodes well for his bonus point potential. In terms of the Average Attacking Radar, Semedo seems to marginally edge it for shots and shots in the box.

A look at the stats once again shows that Semedo has better attacking potential. The Portuguese has taken three shots in the box to Marçal's one and has also attempted three assists to the Brazilian's two. Both are excellent options but Semedo appears to be worth the extra spend. 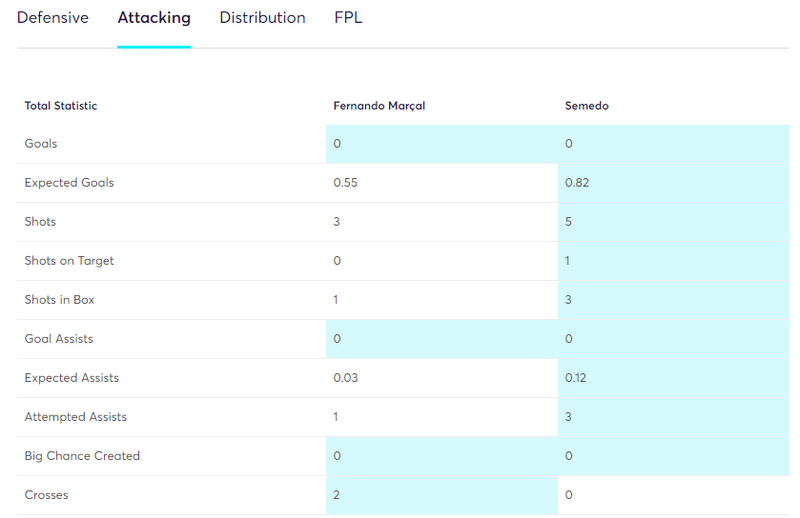