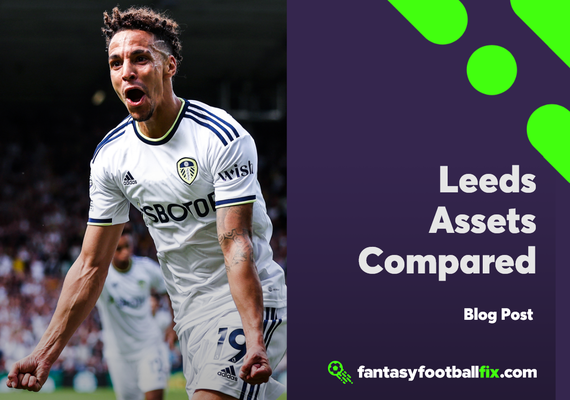 Leeds and Man. Utd are likely to have a double in gameweek 22 and in this blog the Yorkshire side's assets are compared over the last five gameweeks since the restart.

Leeds have kept two clean sheets since the restart and four of their top five assets for xFPL are in defence with Ayling (19.35) on top. Despite playing just 365 minutes, the right-back is top for 'Expected Assists' (xA) with just three chances created. Budget forward Gnonto comes in second for xFPL (18.82), only Rodrigo (14) has taken more shots than his 11 and he has also attempted five assists. He is also top for 'Expected Goals' (xG) (1.33) with Rodrigo in third (0.87). The attacking numbers are pretty underwhelming overall with none of their players in the top 20 for xG since the restart. 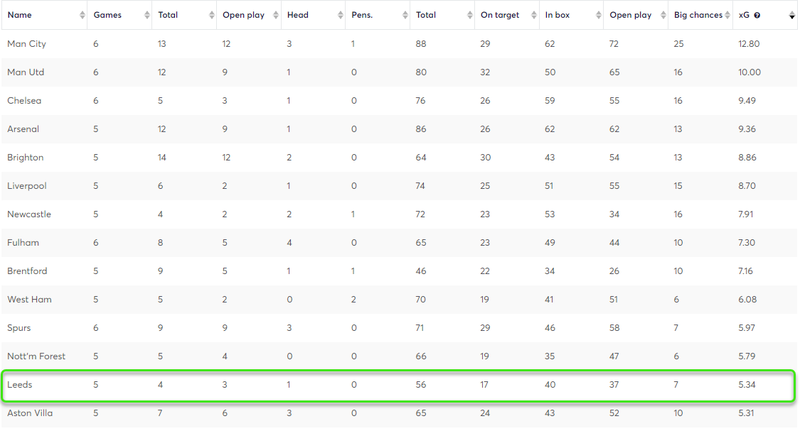 As the above image from our Stats Sandbox Team Stats shows, Leeds are ranked 13th (5.34) for xG since the restart with only Bournemouth (16), Wolves (15) and Leicester (13) landing fewer shots on target than their 17. They have scored just four goals with only Leicester, Palace (three each) and Bournemouth (one) faring worse. 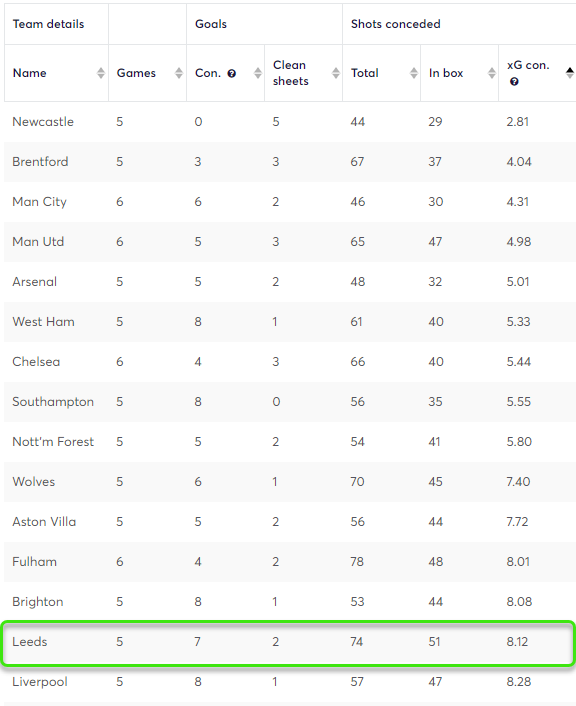 Leeds are ranked 14th for 'Expected Goals Conceded' (xGC) (8.12) since the restart despite picking up two clean sheets. Only Palace (68) have allowed opponents more SiB than Leeds (51) while no side has allowed opponents more 'big chances' (17) than the Yorkshire side. The team underlying numbers are quite poor compared to the rest of the league, both in attack and defence.

Leeds are ranked third on our Fixture Analyser for the next six gameweeks and have some decent matchups against Everton, Southampton and Brighton. So from a fixture perspective, their assets could be held even beyond the double.

Rodrigo (7.3) and Meslier (6.9) are the highest projected Leeds assets for double gameweek 22 with Aaronson (5.3) the next best. Bamford's return to the squad does place some gametime risk around their forward options though.

Based on the above analysis, moving for Leeds assets is not a priority for double gameweek 22.