Kane vs Son - Where should you invest your Salah money?

Salah is expected to miss the next two gameweeks due to his involvement for Egypt in the African Cup of Nations. Managers are likely to reinvest those funds into a Spurs‘ asset, with the North London side looking a team transformed under Conte. Using the Fix Heatmaps feature, the two are compared over the last six gameweeks.

The duo have played similar minutes (334 vs 346) but Son has outscored Kane for Fantasy Premier League (FPL) points 27 to 20. 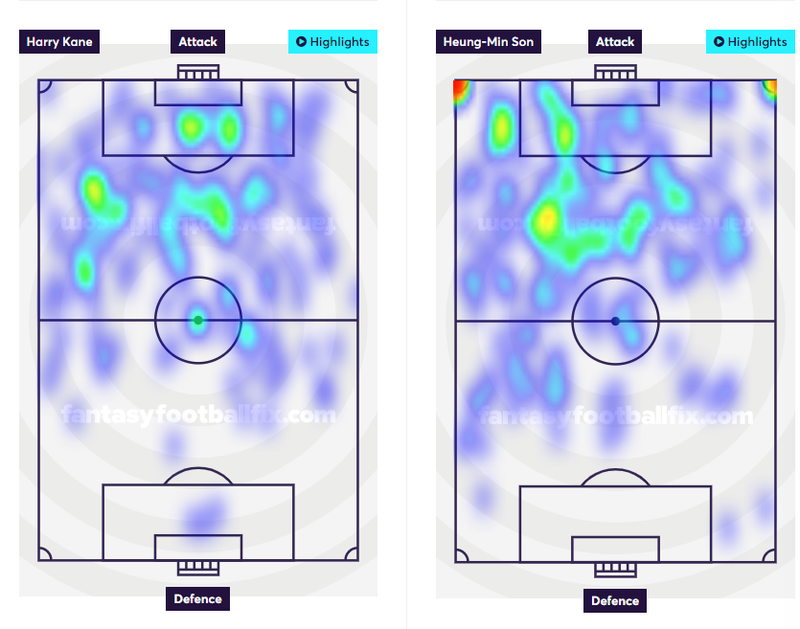 As the ‘Touch Map’ image above shows, Kane is not dropping as deep which he often did under his previous managers and is getting plenty of touches in the penalty area. Most of these touches are in a central position as well, which is ideal for a striker.

Son has not registered as many penalty box touches as Kane but as the touches near the corner flag shows, set pieces are a big part of the appeal for the South Korean. He is occupying more of a left wing role and doing significantly more work in midfield.

The ‘Average Defensive Radar’ backs up what was seen in the touch map, Son is doing slightly more defensive work than Kane which bodes well for his bonus points potential. The difference is not massive though.

In terms of the ‘Average Attacking Radar’, there is a clear split. Kane has a bit more goal threat than the South Korean but in terms of creativity, the latter is significantly ahead. This would indicate that Son has more routes to points than Kane who is relying primarily on goals for his points. 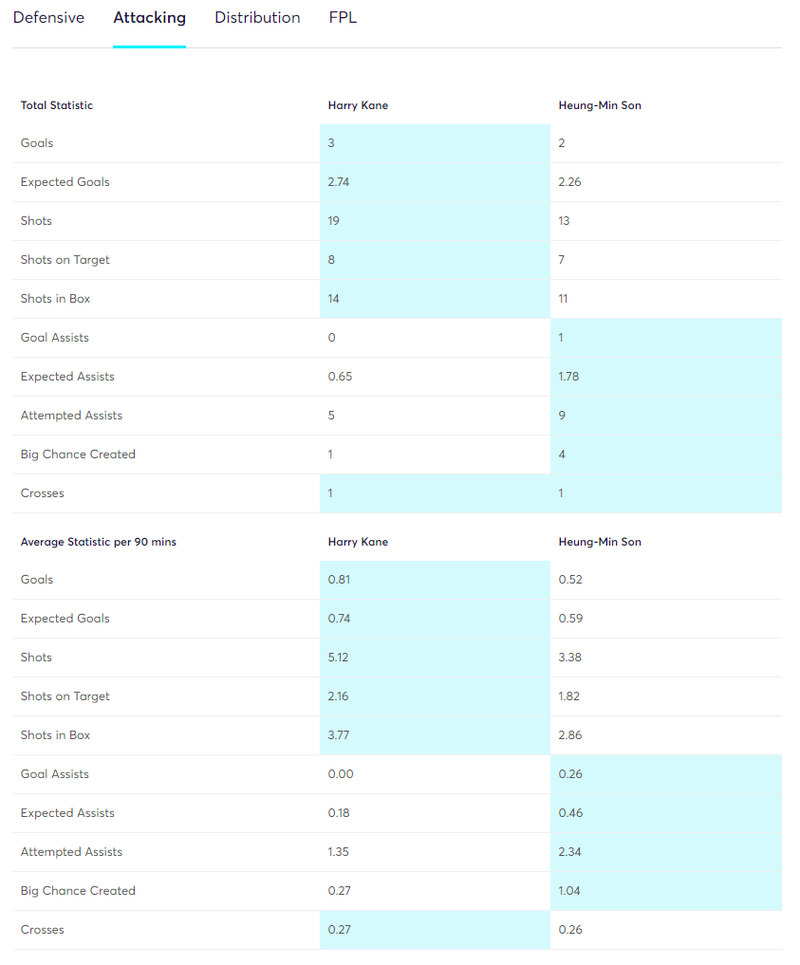 A look at the numbers backs up what was seen on the radar, even though Kane has scored more goals (three to two) and taken more shots (19 to 13), his ‘Expected Goals’ tally (2.74) is not significantly higher than Son's (2.26). However, in terms of creativity Son is streets ahead with more attempted assists (five to nine), Expected Assists (0.65 to 1.78) and 'big chances' created (one to four).

Based on this analysis, Son looks to be the better option with more routes to points. He is also significantly cheaper than Kane and the extra funds can go a long way.