B. Fernandes has taken 15 shots across the last four gameweeks, no midfielder has registered more. Only Salah (eight) has landed more shots on target (SoT) (seven) than the Portuguese across that period. Meanwhile, Harrison (13) and Barkley (15) are the only players to have created more chances than his 12. Man. Utd have scored seven goals over the last four gameweeks, this can only be beaten by Chelsea (10) and Southampton (11). Man. Utd have taken more shots (63) than any other side and only Chelsea (24) have landed more SoT than their 23. West Brom have conceded four goals in as many matches, keeping only one clean sheet. Leeds, Everton (both 12) and Sheff. Utd are the only teams to have conceded more ‘big chances’ than the Baggies’ eight. Our Fix Algorithm currently projects a point score of 7.8 for B. Fernandes.

Werner continued his fine form with a goal against Sheff. Utd in gameweek eight and as the Stats Sandbox shows only Calvert-Lewin (nine), Mitrovic, Kane (both 11) and Bamford (16) have taken more shots in the box (SiB) than his eight amongst forwards. Vardy (six) and Bamford (seven) are also the only players to have been afforded more ‘big chances’ than his four. Chelsea have scored 10 goals over the last four gameweeks and only Southampton (11) have been more prolific. The London side have landed more SoT (24) than any other side in the division. Newcastle have conceded eight goals in the last four gameweeks, keeping no clean sheets. Only Leeds and Everton (both nine) have shipped more goals. No team has allowed more shots than the Magpies’ 74. Our Fix Algorithm currently projects a point score of 4.5 for the German.

With Salah missing out, the onus is far greater for Mané to deliver, and over the last four gameweeks the Senegalese has taken six SiB with no midfielder being afforded more ‘big chances’ (four). He has also created eight chances for his teammates. The Liverpool winger is rated at 98% to start as per our Predicted Lineups feature. Liverpool have scored seven goals over the past four gameweeks while only Chelsea (10) and Southampton (11) have scored more. The Reds are even top for ‘big chances’ created over that period (12). Leicester have conceded just two goals over the last four gameweeks, no team has conceded fewer. However, they have conceded five ‘big chances’ and 14 SoT over those matches. Our Fix Algorithm currently projects a point score of 5.6 for Mané. 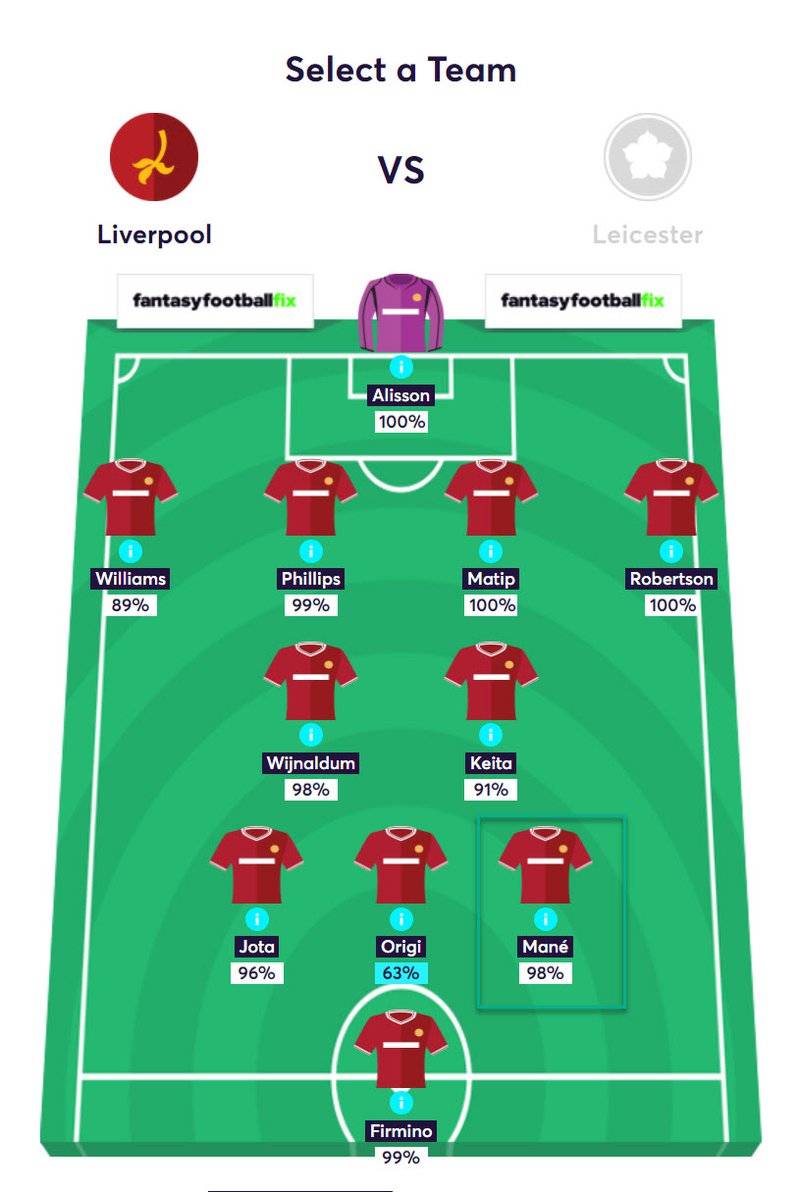