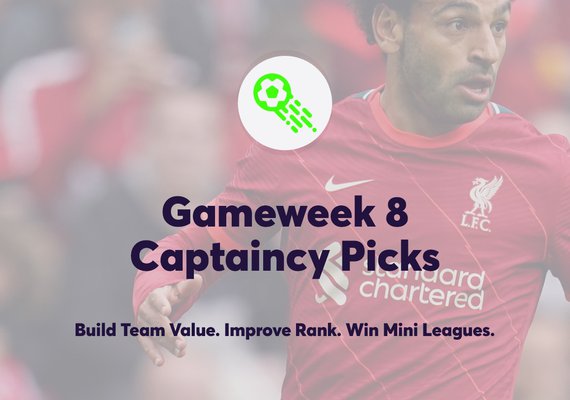 Currently leading the Golden Boot race with six goals, Salah is top amongst midfielders for shots (28), shots in the box (SiB) (24), shots on target (SoT) and 'big chances' (nine). He has also posted impressive distribution numbers with only Grealish (18) and B. Fernandes (23) creating more chances than his 17. Liverpool are top of all the attacking metrics this season - goals (17), shots (147), SiB (104), SoT (47) and 'big chances' (28). Their opponents in gameweek eight are Watford. The Hornets have conceded 10 goals so far and are yet to keep a clean sheet. The North West London club are ranked 13th for shots conceded (105) and 14th for 'big chances' conceded (14). Our Fix Algorithm currently projects a point score of 7.6 for Salah.

Ronaldo has found the back of the net three times since returning to the Premier League, only Vardy (four) has been more prolific amongst forwards over that period. As the Stats Sandbox image below shows, the Portuguese talisman is first over the last four gameweeks amongst forwards for shots (18), SoT (seven) and Expected Goals (xG) (3.50). Man. Utd have scored 14 goals this season, only Liverpool (17) have scored more. The Red Devils' total of 40 SoT is also only bettered by Liverpool (47). Leicester have conceded 12 goals this season, only Leeds (14), Norwich and Newcastle (16 each) have been more porous. Our Fix Algorithm currently projects a point score of 6.0 for Ronaldo.

Son registered two assists in gameweek seven against Villa and as the 'Last 5 Game Player Statistics' from our Match Stats feature shows, he tops the statistics amongst Spurs players for goals (two), xG (1.6), assists (two) and attempted assists (eight). Spurs have scored six goals this season and are ranked seventh for SoT (30). Newcastle's defensive numbers offer plenty of reason for encouragement, no team has shipped more goals (16) than the Magpies this season. Only Spurs (116) and Leeds (117) have allowed opponents more shots than the 115 that the Toon Army have, while they are also bottom for 'big chances' conceded (20). Our Fix Algorithm currently projects a point score of 4.3 for the South Korean. 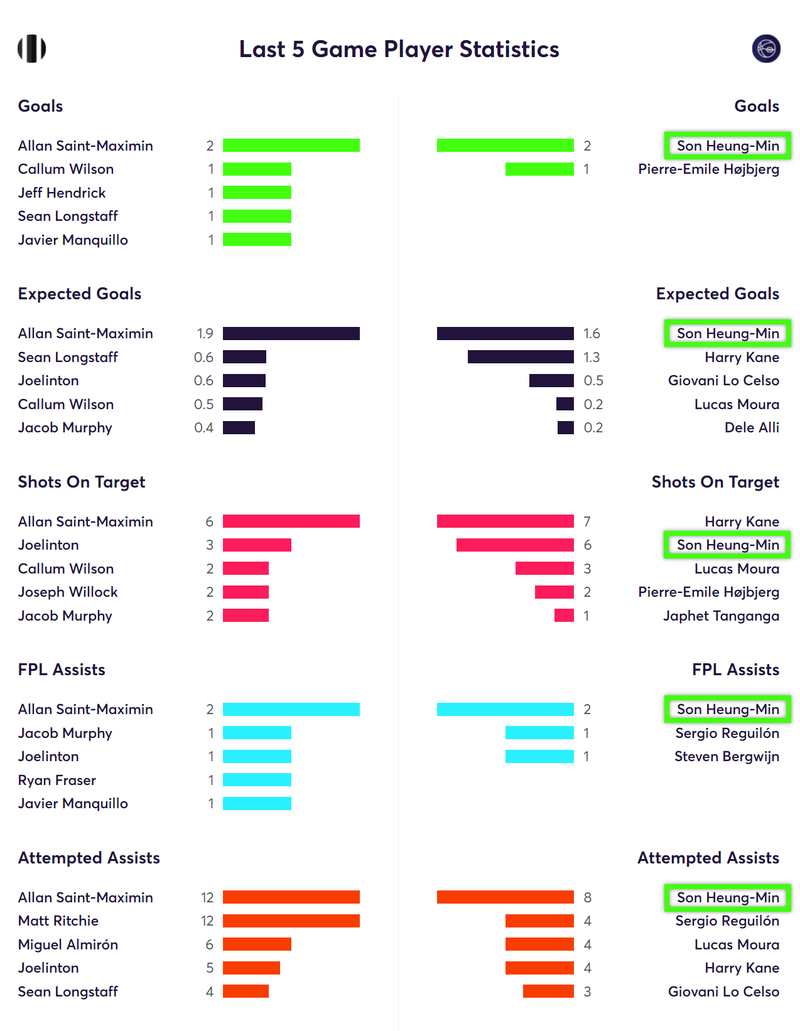