Salah was unfortunate not to extend his goal scoring run at Anfield last gameweek, seeing a goal disallowed for a marginal offside, before later striking the woodwork. The Egyptian has averaged 9.0 points per game (PPG) in three league matches at Anfield so far this season, amassing three goals and an assist. As the Stats Sandbox shows, no Fantasy Premier League (FPL) midfielder has taken as many shots in the box (SiB) during home matches (14), while his five shots on target (SoT), four ‘big chances’ and 40 touches in the opposition’s box are also leading totals. Liverpool have scored four goals over the last four gameweeks and only Chelsea (10), West Ham, Villa and Spurs (all 11) have scored more. Their total of 47 SiB is beaten only by Leeds (53) and the Champions are top for both ‘big chances’ (17) and SoT (29). West Ham have conceded four goals in their last four matches, allowing opponents 40 shots, 15 SoT and five ‘big chances’. Our Fix Algorithm currently projects a point score of 6.9 for the Egyptian.

After scoring the winning goal against Burnley on Monday, Son has four goals and two assists in the last four gameweeks, averaging 10.8 PPG. Amongst FPL midfielders, only Mané (six) has been afforded more ‘big chances’ than the South Korean (five) during that period. His 11 attempted assists can only be bettered by Grealish (12), Fernandes and Harrison (each 13). As the FPL Statistics feature shows, he is the second most owned player in the top 1000 with 80.4% ownership. Spurs have scored 11 goals over the last four gameweeks and no team has scored more. Their total of 15 ‘big chances’ is bettered only by Liverpool (17) and they are joint-top with the Reds for SoT (29). Brighton have conceded nine goals over the last four gameweeks keeping no clean sheets. Although they have conceded the fewest SiB (16) over the last four gameweeks, it is worth mentioning that Palace had just one shot against them and they also played shot-shy West Brom so the numbers are slightly misleading. Only six teams have conceded more ‘big chances’ than the Seagulls’ seven. Our Fix Algorithm currently projects a point score of 6.7 for Son. 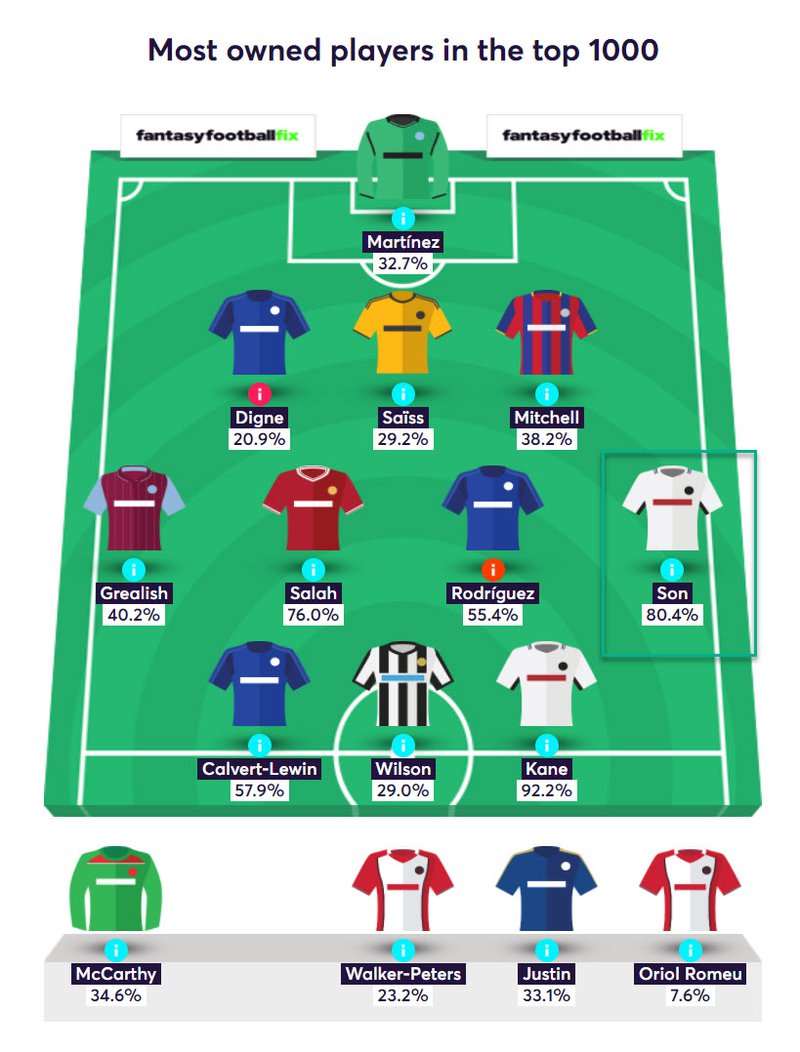 Mahrez has started in each of the previous four gameweeks, where he has picked up 19 FPL points at an average of 4.8 PPG as per our Fix Heatmaps feature. Only Salah (16) has attempted more shots than the Algerian (13) amongst midfielders, while only Fernandes, Mané (each six), Rashford (seven) and Salah (eight) have landed more than his five on target. Meanwhile, no teammate has completed more final third passes (68). Man. City have scored five goals over the last four gameweeks and only Leeds (69) and Liverpool (74) have taken more shots than their 66. Sheff. Utd have conceded six goals over the same period, keeping no clean sheets. Only Leeds (56), Palace (63), Villa (68) and Newcastle (74) have allowed opponents more shots than the Blades’ 55. Our Fix Algorithm currently projects a point score of 5.2 for the Algerian. 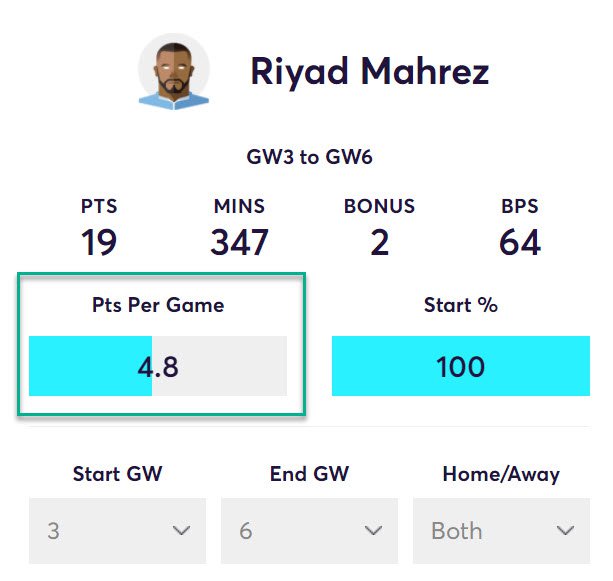 Following his well-taken hat-trick against Aston Villa, Bamford has earned 28 FPL points in the last four gameweeks, with only Wilson (31) and Kane (42) faring better amongst forwards. The 27-year-old ranks joint-first with Mitrovic for shots in the box (18) over the same period, while only Kane (11) can improve on his nine SoT. Watkins and Vardy (each six) are the only players to have had more than his five ‘big chances’. He is the most transferred player in this week with over 300,000 managers bringing him in as per our Transfer Stats feature. Leeds have scored four goals over the last four gameweeks and are top for SiB (53). Their total of 26 SoT is bettered only by Spurs and Liverpool (both 29). Leicester have conceded six goals over the last four gameweeks, keeping just one clean sheet. Only six teams have allowed opponents more SoT than the Foxes’ 19. Our Fix Algorithm currently projects a point score of 3.3 for Bamford. 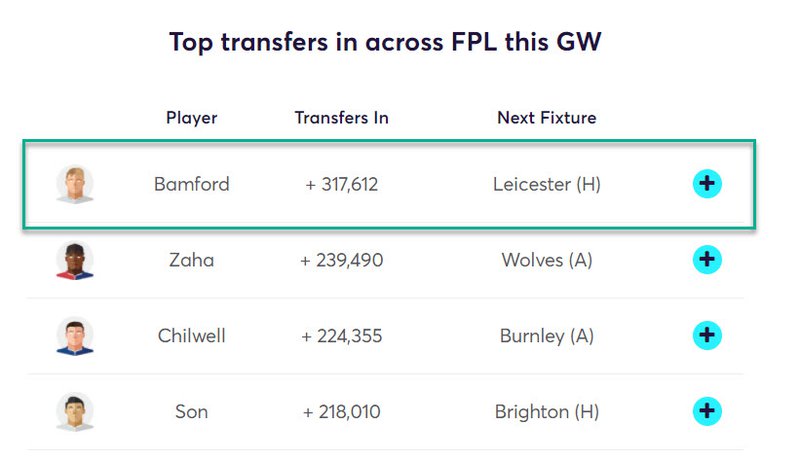 Since he made his debut in gameweek four, no FPL defender has amassed more points than Chilwell (27) at an average of 9.0 PPG. The left-back has attempted nine assists in that time which ranks just behind Grealish (10) and Bruno Fernandes (11) amongst all players. No defender has produced more SoT (two) or as many successful crosses (nine). Chelsea have conceded six goals over the last four gameweeks, keeping two clean sheets. Only Southampton, Leeds (both 11) and Spurs (10) have restricted opponents to fewer SoT than Chelsea’s 13. During the same period, only Southampton (two) have conceded fewer ‘big chances’ than their three. Burnley have scored just one goal over the last four gameweeks, no team has scored fewer. Only Palace, West Brom, Wolves (all 19), Newcastle and Leicester (both 15) have taken fewer SiB than the Clarets’ 20. While, only West Brom (one) have created fewer ‘big chances’ than their three. Our Fix Algorithm currently projects a 30% chance of a Chelsea clean sheet and a point score of 3.0 for Chilwell.