The captaincy for gameweek six looks to be a tricky one with Ronaldo, Salah and Antonio all facing favourable opposition. Their numbers are analysed using the Last five Game Player Statistics feature in our match stats section.

As the below image shows, despite missing the first three games, Ronaldo (three) is second only to B. Fernandes (four) for goals scored amongst Man. United players over their first five matches. He is top by some distance for Expected Goals (3.3) and joint-top for shots on target (seven). 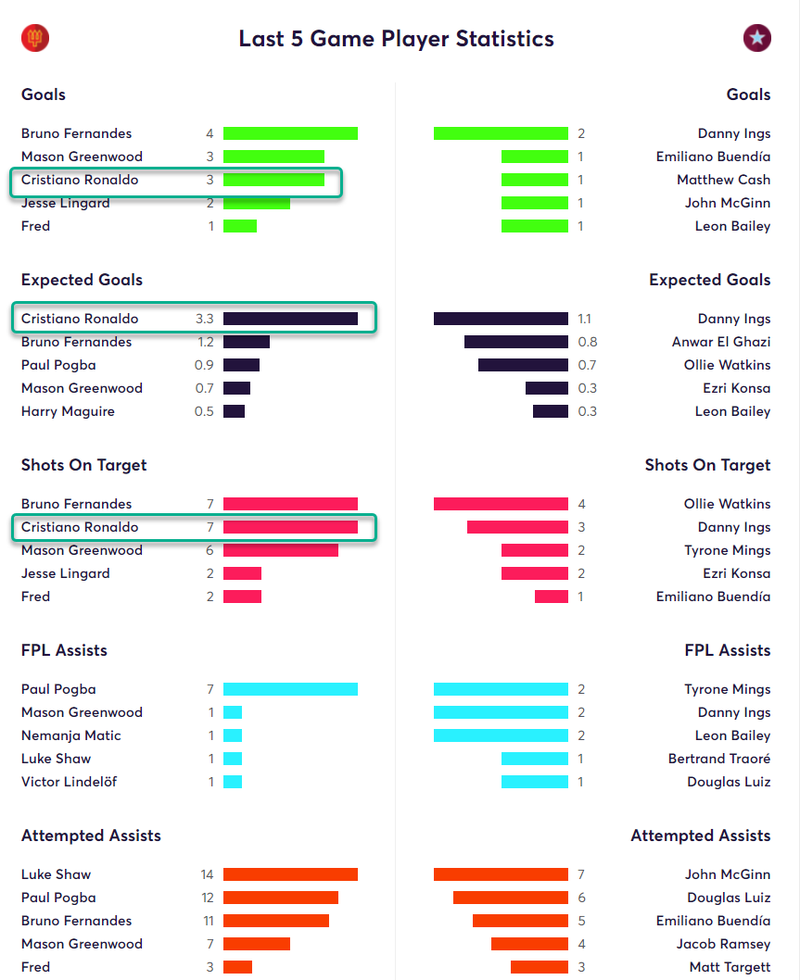 Antonio is available for selection following his suspension last week and his numbers are nothing short of incredible. He is top amongst all West Ham players for goals (four), Expected Goals (3.3) and shots on target (eight). He is also third for attempted assists (seven). 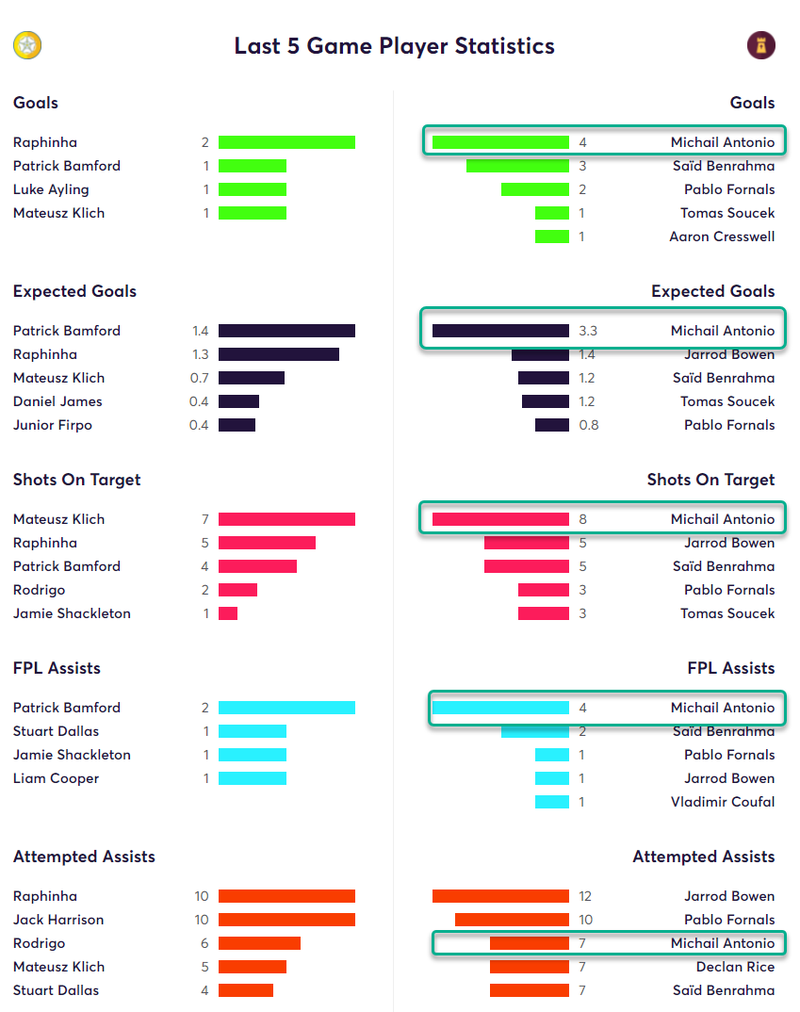 Salah leads the way amongst Liverpool players for goals (four) and shots on target (13) but is behind Mane (3.2) for Expected Goals (3.2). He has created a whopping 15 chances over the first five matches, an average of three a game but is still behind Alexander-Arnold (20) in that department. 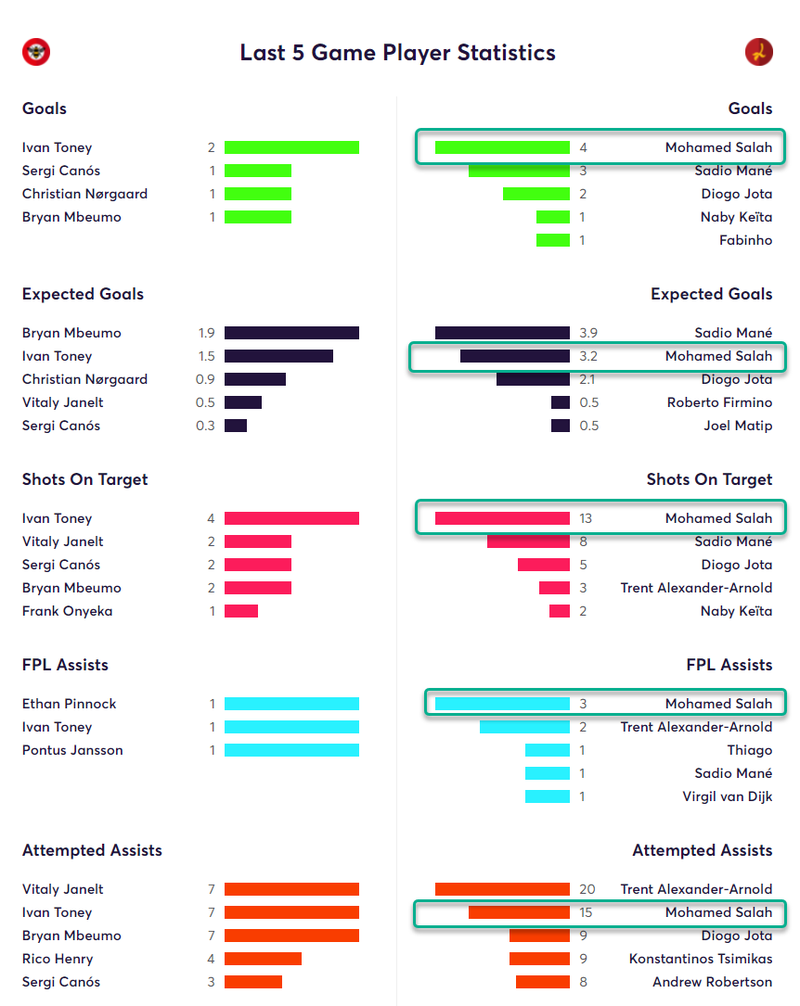 All three players look like great options this week and dominate their respective team's attacking metrics.