Kane has had a strong start to the season with three goals and six assists in the first four games. The Englishman is top amongst forwards for shots (19), shots in the box (SiB)(14) and shots on target (SoT)(10). Only C. Wilson, Vardy and Calvert-Lewin (all six) have been afforded more ‘big chances’ than his five. He is also top amongst forwards for chances created (11) and ‘big chances’ created (six). No team has scored more goals than Spurs’ 12 and they are also top for SoT (31) and ‘big chances’ (17). West Ham have conceded just four goals over the first four matches, keeping two clean sheets. The Hammers allowed opponents 37 shots over those four matches. Our Fix Algorithm currently projects a point score of 6.2 for Kane.

With his brace against Villa in gameweek four, Salah took his goal tally to five for the season so far. Only Son (six) has been more prolific amongst midfielders. He is top for shots (19), SiB (15) and SoT (seven) and chances created (14). Only James Rodriguez (four) has created more ‘big chances’ than the Egyptian’s three. Salah was rested over the international break and is rated 100% to start as per our Predicted Lineups feature. Liverpool have scored 11 goals this season, only Spurs, Leicester and Everton (12 each) have scored more. They are top for SiB (49) and only Spurs (31) have landed more SoT than their 27. Everton have conceded five goals so far, keeping just one clean sheet. They conceded 13 SoT over those four matches. Our Fix Algorithm currently projects a point score of 5.9 for the Egyptian. 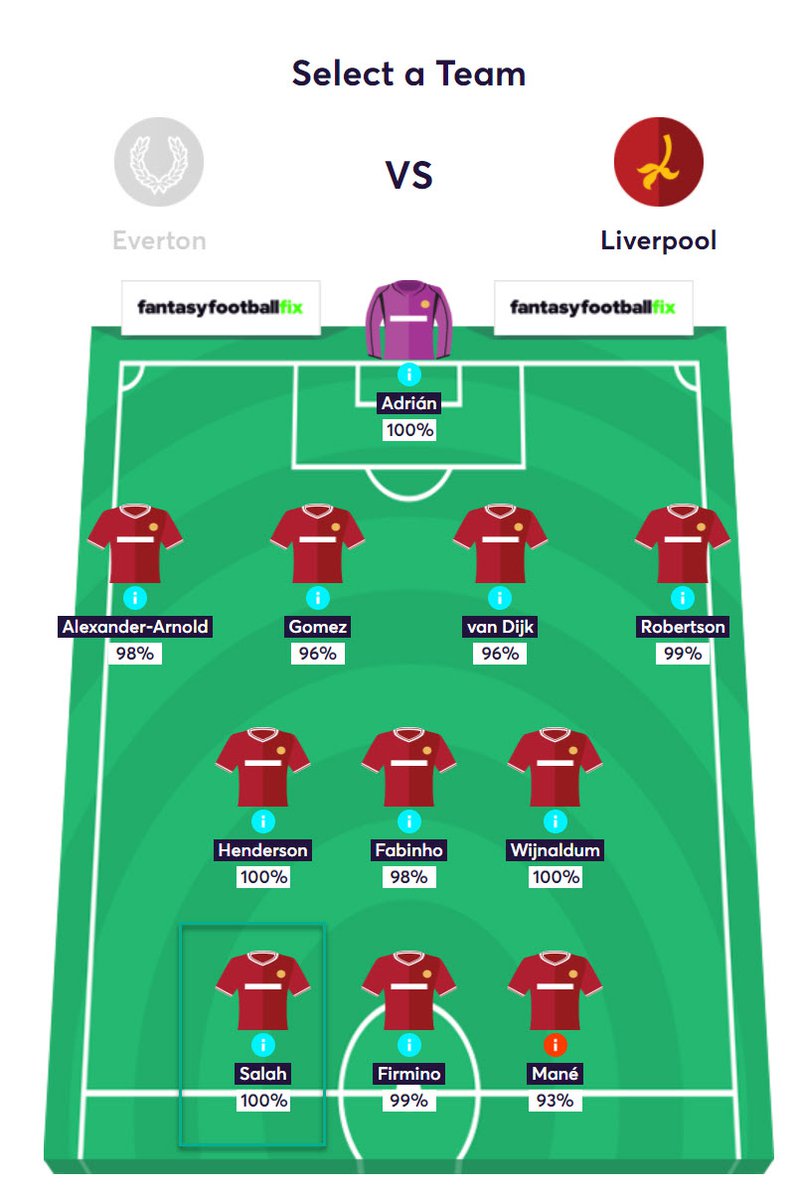 Grealish has been key to Villa’s strong start to the season with three goals and as many assists in their three matches. As the Stats Sandbox shows, only James Rodriguez (12), Son (13), Salah, De Bruyne (both 14) have created more chances amongst midfielders than Grealish’s 10. His total of eight SiB is bettered only by Soucek, Mane (both nine), H. Barnes (11) and Salah (15). These are impressive numbers considering he has played a game less than most of the aforementioned players. Villa have scored 11 goals over their three matches, only Spurs, Leicester and Everton (all 12) have scored more. Their total of 10 ‘big chances’ is bettered only by Liverpool (14) and Spurs (17). Leicester have conceded seven goals over the first four gameweeks, keeping just one clean sheet. They have allowed opponents seven ‘big chances’ and 17 SoT over those four matches. Our Fix Algorithm currently projects a point score of 3.3 for Grealish.