De Bruyne failed to register any attacking returns against Leicester in gameweek three but the Belgian’s backers have plenty of reason for optimism as Man. City visit Elland Road in gameweek four. Only James Rodriguez (10) and Salah (11) have created more chances than De Bruyne’s nine this season amongst midfielders and both have played an additional game. Only Son, Salah (both five), Mané (six) and H. Barnes (seven) have landed more shots on target (SoT) than his four. His total of two ‘big chances’ is beaten only by Son (three) and Mané (four). Man. City have scored five goals over their two matches, creating five ‘big chances’ and attempting 30 shots. They have landed 14 SoT at an average of seven a game. Only six teams have landed more SoT despite playing three games to Man. City’s two. Leeds have conceded seven goals so far and only Fulham (10) and West Brom (11) have shipped more. West Brom (11) are the only team to have allowed opponents more ‘big chances’ than their eight. Our Fix Algorithm currently projects a point score of 7.1 for the Belgian.

Salah notched an assist for Mané’s goal in gameweek three making it four attacking returns for the Egyptian thus far. No midfielder has taken more shots than the Egyptian’s 17 this season and he is also top for chances created (11). He is the most owned player in the top 1000 with 79.3% ownership as per our FPL Statistics feature. Liverpool have scored nine goals over their first three matches and only Leicester (12) have been more prolific. The Champions are also top for shots (61) and ‘big chances’ (10). Their opponents Villa have yet to concede a goal this season and have allowed opponents just three SoT. They have played a game fewer than Liverpool and have faced Sheff. Utd and Fulham, with the visit of the Champions likely to prove a far sterner test. Our Fix Algorithm currently projects a point score of 6.6 for Salah. 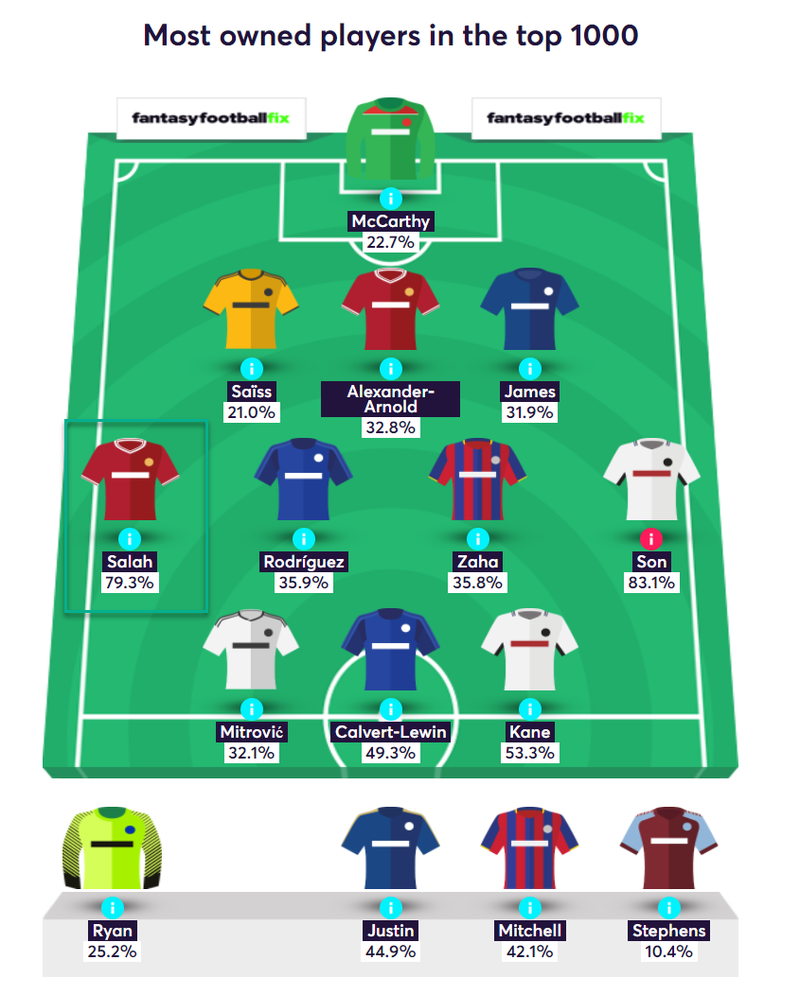 H. Barnes registered a goal and an assist in his last home game in gameweek two and only Salah (13) has taken more shots in the box (SiB) than his 10 amongst midfielders. As the Stats Sandbox shows, no midfielder has landed more SoT than his seven. The Foxes are top for goals scored (12) while only Spurs (10) and Liverpool (10) have created more ‘big chances’ than their nine. Only Spurs (23) have landed more SoT than their 20. West Ham conceded 29 goals in their 19 away matches last season, keeping just four clean sheets. No team have allowed opponents more ‘big chances’ in away matches than the Hammers’ 53. Our Fix Algorithm currently projects a point score of 4.6 for H. Barnes.