Abraham tops the xFPL table this week with an xFPL score of 10.6, courtesy of four attempted assists and three shots on target (SoT), all of which were ‘big chances’. Pépé put himself on the radar with an impressive display against Spurs. No player took more shots than the Ivorian’s seven this weekend and he also attempted two assists, notching an xFPL score of 6.1. Milivojevic was surprisingly the most creative player of the weekend with six chances created but only managed an xFPL score of 3.9 since none of these were ‘big chances’. No player landed more SoT than D. James’ four. The youngster took three shots in the box (SiB) and attempted two assists, notching an xFPL score of 5.3.

Every available (Sané and Jesus are injured) Fantasy Premier League (FPL) assets priced at 9.0 or over got attacking returns this weekend, bar Sterling. With Agüero's 16-point haul putting him back on the FPL radar, the five most expensive assets in FPL are put under the microscope using the Fix Comparison Matrix. Although the Argentine has played siginifcantly fewer minutes than the rest, he leads the way for FPL points (40) and goals (six), reiterating that he remains the most explosive asset around. His underlying statistics are also impressive, only Salah and Sterling (both six) beat him for ‘big chances’ (five) and he is joint-first for shots (thirteen). He is also second for attempted assists (six). However, the comparison does indicate that if you hold Sterling and Salah as your two premiums, there is no urgent need to shift them just yet as the two are posting impressive numbers. Nevertheless, for Kane and Aubameyang owners, the switch to Agüero could prove very lucrative with Norwich and Watford the next opponents for the Argentine. 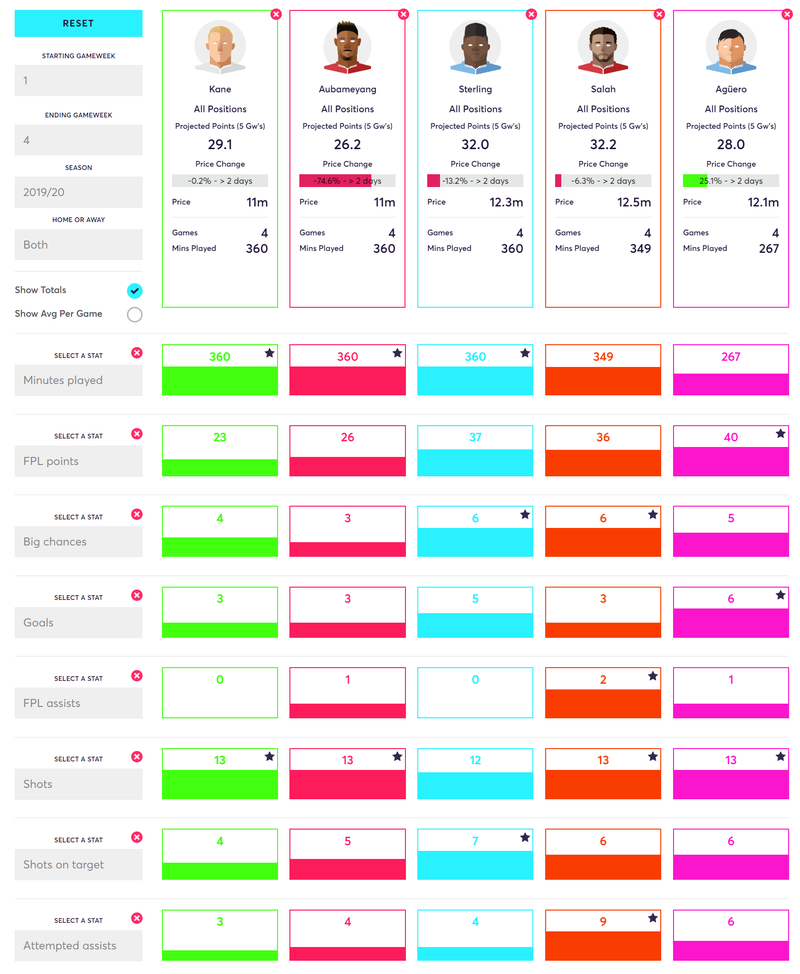 3. All aboard the fullback express

Alexander-Arnold and Digne both notched an assist apiece this weekend as their teams won their respective fixtures. The pair are only trailing Van Aanholt for FPL points amongst defenders, and their credentials are analysed in a Fix Comparison matrix with other attacking fullbacks Zinchenko, Robertson and Wan-Bissaka. Alexander-Arnold’s dominance above everyone else is quite evident. He has created four ‘big chances’, while Robertson has created just one, as for the others, it is a shocking zero. He has also attempted a whopping fourteen assists, Digne is some way off in second with nine. Zinchenko is perhaps going under the radar, with the lowest ownership amongst the players under consideration. The Ukrainian has attempted seven assists and taken four shots, indicating he has been unlucky not to get attacking returns so far. Wan-Bissaka’s numbers are disappointing, the Englishman attempted just three assists, less than one per game. 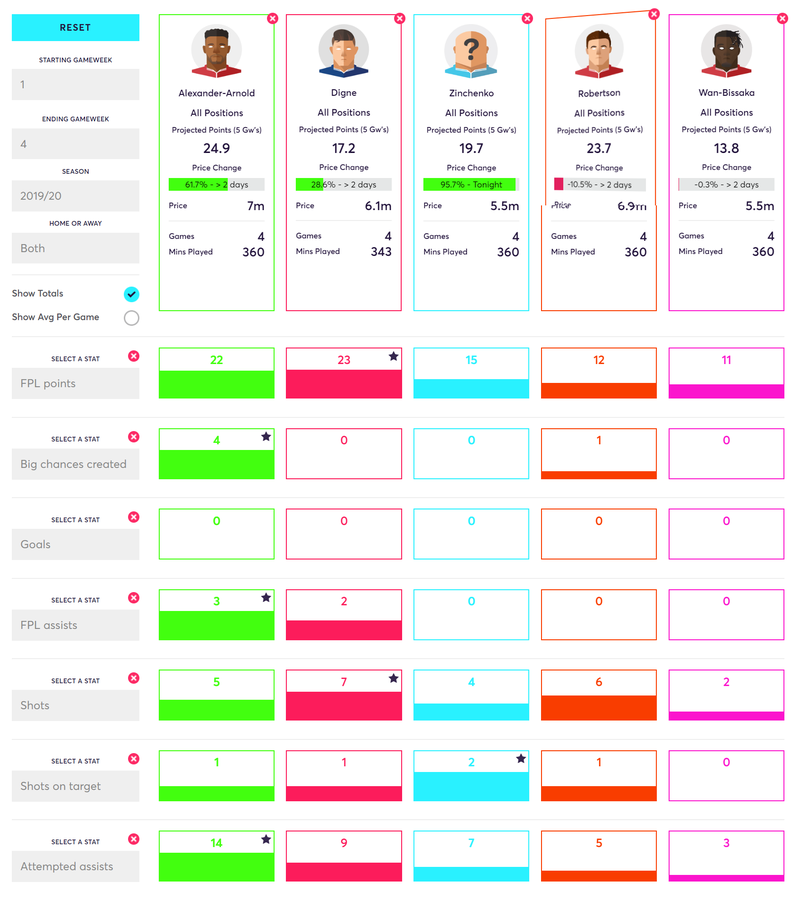