Caveat: The gameweeks added to Fantasy Premier League (FPL) for the re-launch are listed as GW37+, GW38+ and are referred to as GW46, GW47 respectively throughout the Fix website.

Salah has scored three goals since the restart and as the Stats Sandbox graph shows, he tops the table for SoT (16) amongst midfielders. Only Antionio (11) has been afforded more ‘big chances’ than his nine. Liverpool have scored 16 goals since the restart, only Man. Utd (20) and Man. City (29) have been more prolific. Their total of 49 SoT is only beaten by Man. City (63). Newcastle have conceded 14 goals over the same period, only Chelsea (15), Bournemouth, Palace, Watford (all 17) and Norwich (18) have been more porous. Only Liverpool (19), Norwich (20), Palace (21), Sheff. Utd and Watford (22) have allowed opponents more ‘big chances’ than the Magpies’ 18. Our Fix Algorithm currently projects a point score of 6.8 for Salah. 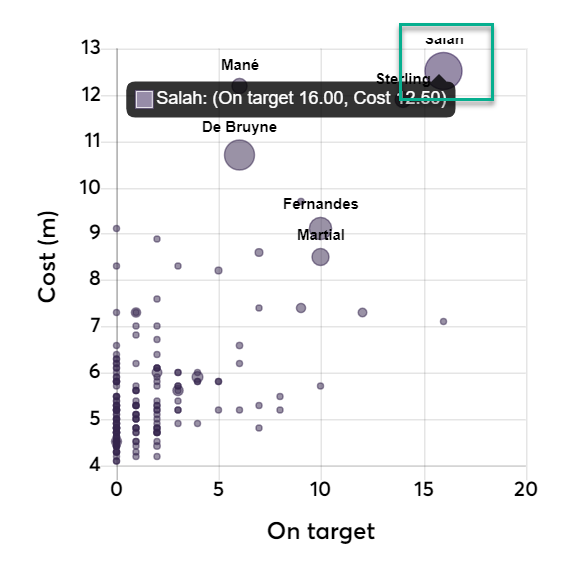 No forward has scored more goals since the restart than Kane’s six and the Englishman is also top amongst forwards for SoT (12) and ‘big chances’ (nine). Only Vardy and Rashford (both five) have created more ‘big chances’ than his two. He is a popular transfer in this week with over 50,000 FPL managers bringing him in as per our Transfer Stats feature. Spurs have scored 13 goals since the restart and only Liverpool, Chelsea (both 16), Man. Utd (20) and Man. City (29) have sored more. They are ranked 12th for SoT (28) and 11th for ‘big chances’ (13). Palace have conceded 17 goals over the same period and only Norwich (18) have shipped in more. Watford (43), Norwich and Arsenal (both 48) are the only teams to have allowed opponents more SoT than the Eagles’ 41. Our Fix Algorithm currently projects a point score of 5.3 for Kane. 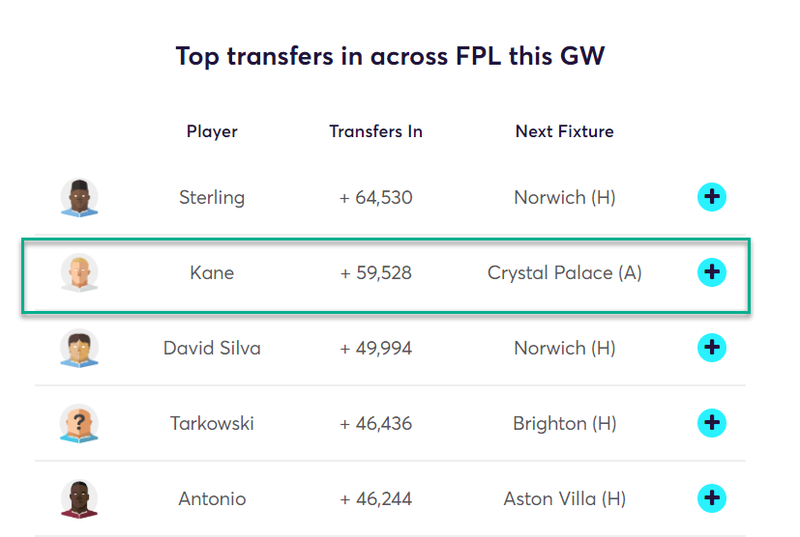