With two goals and three assists in four home matches since the restart, De Bruyne has averaged 9.0 points per game (PPG). As the Stats Sandbox shows, the Belgian leads the league with a total of 15 attempted assists and five ‘big chances’ created in that time, a position he has held throughout the season. Only five Fantasy Premier League (FPL) midfielders can better his three ‘big chances’ and he ranks second with an expected goals figure of 2.15 just behind Martial (2.22), largely down to the two penalties he has taken. Man. City have scored 20 goals over the last six gameweeks, more than any other side. They are also top for shots on target (SoT) (42) and ‘big chances’ (27). Norwich have conceded 14 goals over their last six matches and only Watford (15) have shipped more. No team has conceded more ‘big chances’ than the Canaries’ 18 and only Watford (37) have conceded more SoT than their 35. Our Fix Algorithm currently projects a point score of 9.6 for the Belgian international.

Aubameyang has amassed three goals and one assist in the last six Gameweeks and has averaged 5.2 PPG in that time as seen in our Fix Heatmaps feature below. The 31-year-old ranks joint-sixth amongst forwards with 11 shots in the box (SiB) during that period, while only Rashford, Jesus (each eight), Kane, Iheanacho (each nine) and Giroud (10) can better his seven SoT. Only Vardy (five) has created more ‘big chances’ than his three. Arsenal have scored 10 goals over the last six gameweeks and only Chelsea, Liverpool (both 12), West Ham (13), Man. Utd (16) and Man. City (20) have fared better. The Gunners are ranked eighth for both SoT (25) and ‘big chances’ (12). Their opponents Watford have conceded 15 goals over the same period, no side has conceded more. They are bottom for both SoT conceded (37) and ‘big chances’ conceded. Our Fix Algorithm currently projects a point score of 6.1 for the Gabonese. 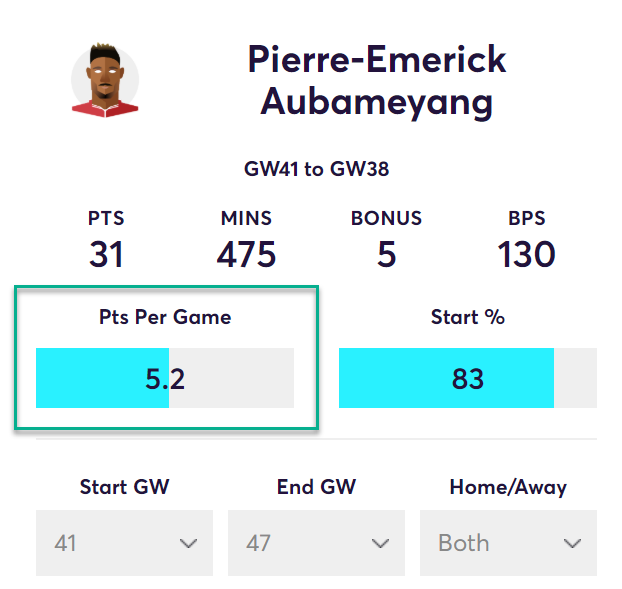 With six goals and one assist since the restart, no FPL forward has picked up more points than Ings, with 50 and the Englishman has averaged of 6.3 PPG. Only Giroud (22), Vardy (24) and Jesus (25) have taken more than his 20 SiB and he ranks seventh for expected goals (3.91). The 27-year-old also continues to excel creatively, attempting 13 assists and only ranks behind Vardy (16). He is owned by almost half of the top 1000 as per our FPL Statistics feature. Southampton have scored 10 goals over the past six gameweeks and only Chelsea, Liverpool (both 12), West Ham (13), Man. Utd (16) and Man. City (20) have been more prolific. Their total of 15 ‘big chances’ can only be bettered by Liverpool, Man. Utd (both 17), West Ham (18), Chelsea (20) and Man. City (27). The Saints are also ranked fifth for SoT (33), trailing Man. Utd (35), Chelsea (36), Liverpool (39) and Man. City (42). Sheff. Utd have only conceded five goals in the last six gameweeks and only Wolves (four), Burnley (three) and Man. City (two) have conceded fewer. The Blades have conceded 13 ‘big chances’ over those matches, only six teams have conceded more. Our Fix Algorithm currently projects a point score of 5.2 for Ings. 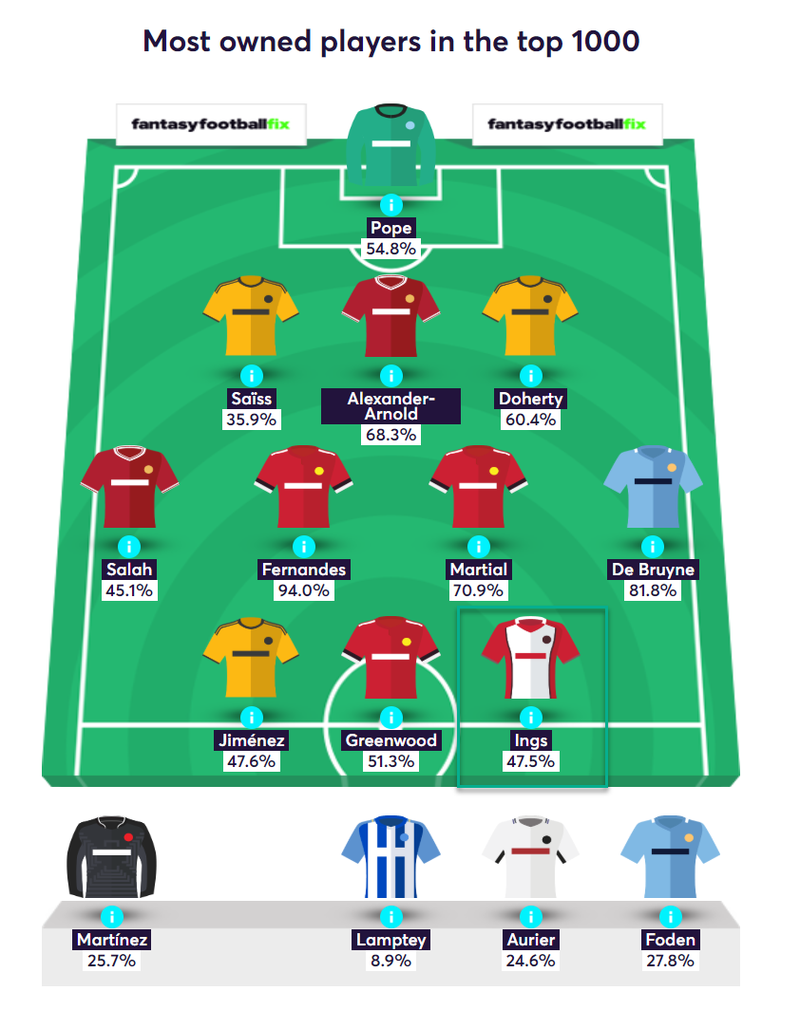 D. Silva will play in his final Premier League game this weekend and will be hopeful of leaving on a high. Since the restart, no teammate has picked up more than his 42 FPL points at the Etihad at an average of 10.5 PPG. Totals of 10 attempted assists and three ‘big chances’ created by the Spanish magician can only be bettered by De Bruyne (15 and five, respectively), while only Mahrez (six) and Foden (seven) took more than his five SoT. He is a popular transfer in for the final gameweek with over 75,000 managers bringing him in as per our Transfer Stats feature. Man. City have scored 52 goals on home turf this season, no team have scored more. They are also top for ‘big chances’ in home matches (63) and only Liverpool have landed more SoT (128) than their 124. Norwich have conceded 33 goals on their travels and only six teams have been more porous. Palace (191), Newcastle (192), West Ham (195) and Villa (205) are the only teams to have conceded more SiB on their travels than the Canaries’ 185. Our Fix Algorithm currently projects a point score of 3.9 for the Spaniard. 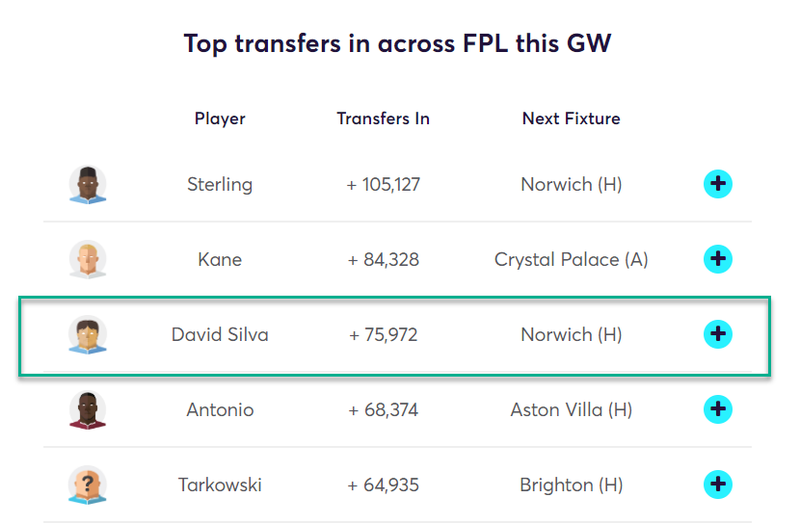 Mendy has earned a clean sheet in four out of five appearances since the restart, averaging 5.0 PPG. No Man. City defender has completed more crosses (six) in that time, while only Cancelo (five) has taken more shots than his four. Only Zinchenko (0.86) and Cancelo (1.20) can better his average of 0.8 attempted assists per game. Man. City have conceded just two goals over the last six gameweeks, keeping four clean sheets, the best defensive numbers in the league over that period. No team has conceded fewer SoT than their 12 and only Spurs and Wolves (both four) have conceded fewer ‘big chances’ than their six. Norwich have scored just one goal over the last six gameweeks and no team has scored fewer. They are also bottom for ‘big chances’ (three) and SoT (10). Our Fix Algorithm currently projects a 70% chance of a Man. City clean sheet and a point score of 4.9 for Mendy.