B. Fernandes scored twice in gameweek 35 to take his season-total up to 31 goal involvements (18 goals, 13 assists), trailing only Kane (35). The Portuguese star has taken 21 shots in the last six gameweeks, with only Salah (24) firing more amongst midfielders. Amongst teammates, only Shaw (19) has provided more than his eight attempted assists, while only Greenwood has fired more shots in the box (SiB) (16 to 12). He is the fourth most transferred in player this week as per our Transfer Stats feature. Man. Utd have scored 12 goals over the last six gameweeks and only Newcastle (13) have scored more. The Red Devils are ranked seventh for shots on target (SoT) (29) and sixth for ‘big chances’ (14) over the aforementioned period. Fulham have conceded nine goals over the last six gameweeks, keeping no clean sheets. Only Sheff. Utd, Newcastle (each 15), Southampton (16) and Liverpool (18) have conceded more ‘big chances’ than the Cottagers (13). Our Fix Algorithm currently projects a point score of 7.7 for the Portugal international. 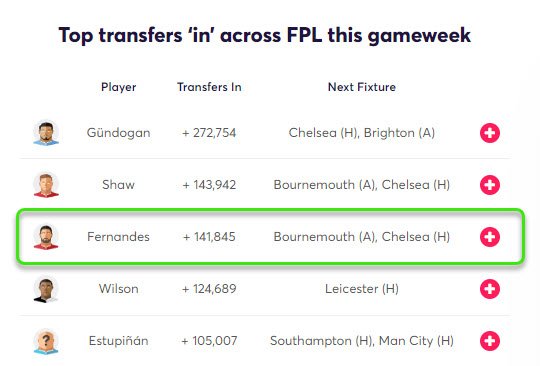 After opening the scoring against Wolves on Sunday, Kane now has seven goals and three assists in home matches this calendar year, averaging 8.3 points per game (PPG). No forward has taken as many as his 39 shots or landed as many as his 16 SoT in that time, while only Vardy (12) can better his 11 'big chances'. Meanwhile, Maupay (16) is the only player to offer more than his 13 attempted assists. The Englishman is the second-most owned player in the top 1000 with 82.5% ownership as per our FPL Statistics feature. Spurs have scored 12 goals over the last six gameweeks and only Newcastle have been more prolific. Their total of 33 SoT is only bettered by Villa (36), Leicester (37) and Liverpool (46). Villa have conceded 13 goals over the same period, the most in the league. Only Newcastle (121) have allowed opponents more shots than the Villans’ 118. Our Fix Algorithm currently projects a point score of 6.3 for Kane. 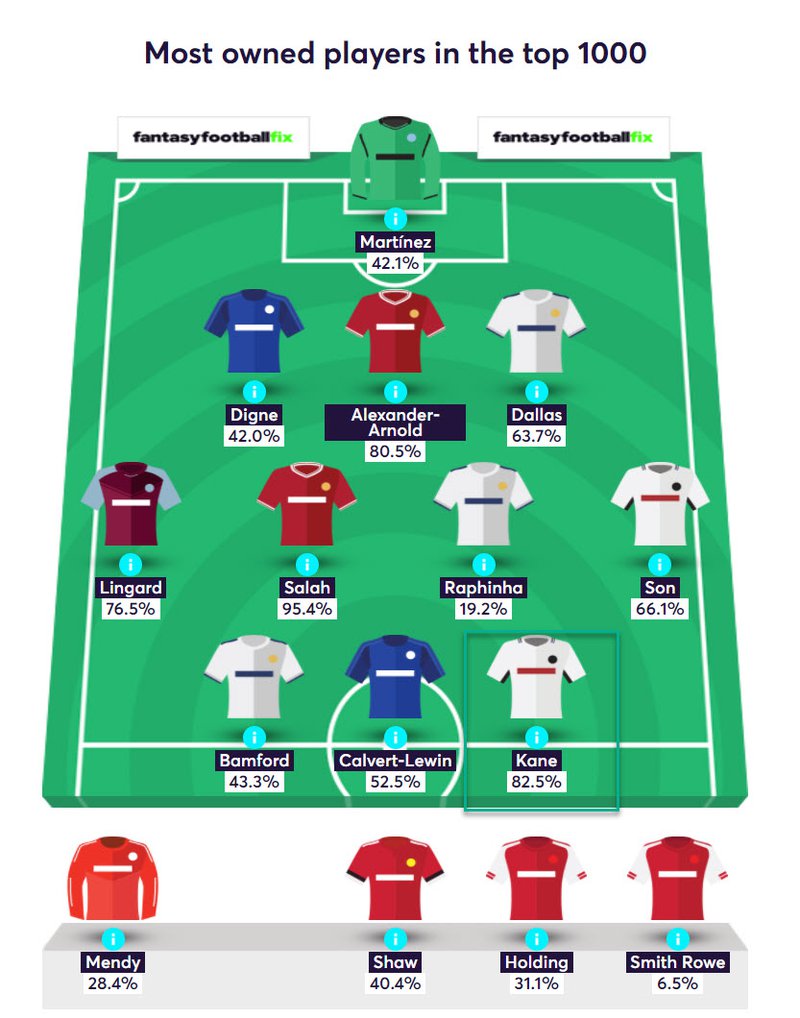 With four goals and four assists in his last eight league outings, Mahrez averaged 6.6 PPG as per our Fix Heatmaps feature. Between gameweeks 24 and 32, where each of those appearances took place, only Salah (22) fired more SiB than the Algerian (17), amongst midfielders. No teammate has landed as many as his nine SoT or attempted as many as his 32 crosses. Man. City have scored 10 goals over the last six gameweeks and only Spurs, Man. Utd, Liverpool, Leicester (all 12) and Newcastle (13) have found the back of the net more often. Villa (97), Leicester (105) and Liverpool (119) are the only teams to have taken more shots than their 93. Brighton have conceded just four goals over the last six gameweeks, keeping three clean sheets. The Seagulls are ranked sixth for shots (64) and fourth for SoT conceded (18). Our Fix Algorithm currently projects a point score of 3.6 for Mahrez. 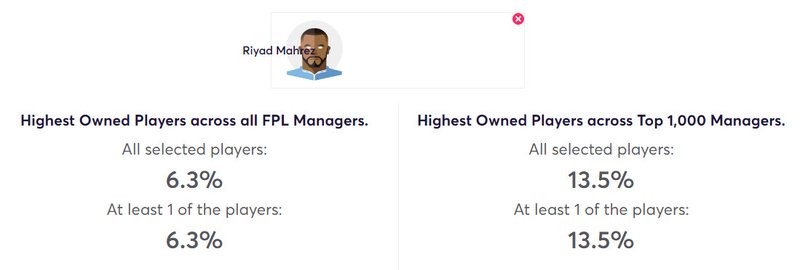 Having netted two goals since his return from injury, Antonio has averaged 5.7 PPG across the last three gameweeks. The West Ham striker has been afforded three 'big chances' in that time; trailing only Kane, Adams and Calvert-Lewin (each four), amongst forwards. Meanwhile, only Benteke (27) has taken more than his 24 touches in the opposition’s box. The Hammers have the best remaining fixtures for the season as per our Fixture Analyser feature so it is a great time to bring in their assets. West Ham have scored eight goals over the last six gameweeks and are ranked 14th for shots (77) and ninth for ‘big chances’ (13). West Brom have conceded 11 goals over the last six gameweeks and only Newcastle (12), Villa and Palace (each 13) have been more porous. No team has allowed opponents more SoT (45) than the Baggies. Our Fix Algorithm currently projects a point score of 4.9 for Antonio.

Since the turn of the year (gameweek 17), Shaw has amassed one goal, four assists and eight clean sheets to average 4.8 PPG. The left-back ranks top amongst defenders for attempted assists in that time with 56, ahead of Alexander-Arnold (50) and Robertson (29). No player in his position has taken as many touches in the opposition’s box (58). Man. Utd have conceded nine goals over the last six gameweeks, keeping just one clean sheet. They are ranked seventh for both shots conceded (68) and ‘big chances’ conceded (11). Fulham have scored just two goals over the last six gameweeks, the lowest in the league. No team has created fewer ‘big chances’ than the Cottagers (three) over the aforementioned period. Our Fix Algorithm currently projects a 50% chance of a Man. Utd clean sheet and a point score of 5.2 for Shaw.