Caveat: The gameweeks added to Fantasy Premier League (FPL) for the re-launch are listed as GW35+, GW36+ and are referred to as GW44, GW45 respectively throughout the Fix website.

De Bruyne has been unlucky to come away with just an assist in his last two matches. No player across the league has created more chances (24) since the restart than the Belgian and he is also top for ‘big chances’ created (seven). Only Salah (24) and Antonio (26) have taken more shots amongst midfielders than the Belgian’s 17. Man. City lead the goal scoring charts since the restart with 23 goals, eight clear of second placed Man. Utd (15). They are top for shots (139), shots on target (SoT) (49) and ‘big chances’ (29). Bournemouth have conceded 12 goals since the restart, only Norwich (15) have been more porous. The Cherries have conceded 21 SoT and 15 ‘big chances’ over those matches. Our Fix Algorithm currently projects a point score of 8.8 for the Belgian.

B. Fernandes has been in sparkling form since the restart, only Sterling and Antonio (both six) have scored more goals than his five. His total of 16 shots is only bettered by De Bruyne (17), Salah (24) and Antonio (26). He is also the creative engine of the team, creating 12 chances. He is the most owned player in the top 1000 with 96.2% ownership as per our FPL Statistics feature. Only Man. City (23) have scored more goals than Man. Utd’s 15 since the restart and the Red Devils (34) only trail Chelsea (37) and Man. City (49) for SoT. Palace have conceded 11 goals over the same period and only Brighton, Bournemouth (both 12) and Norwich (15) have conceded more. Meanwhile Sheff. Utd (53), Norwich (57), Newcastle (61), Burnley (66) and Brighton (67) are the only teams to have allowed opponents more shots in the box (SiB) than their 49. Our Fix Algorithm currently projects the point score of 5.2 for B. Fernandes. 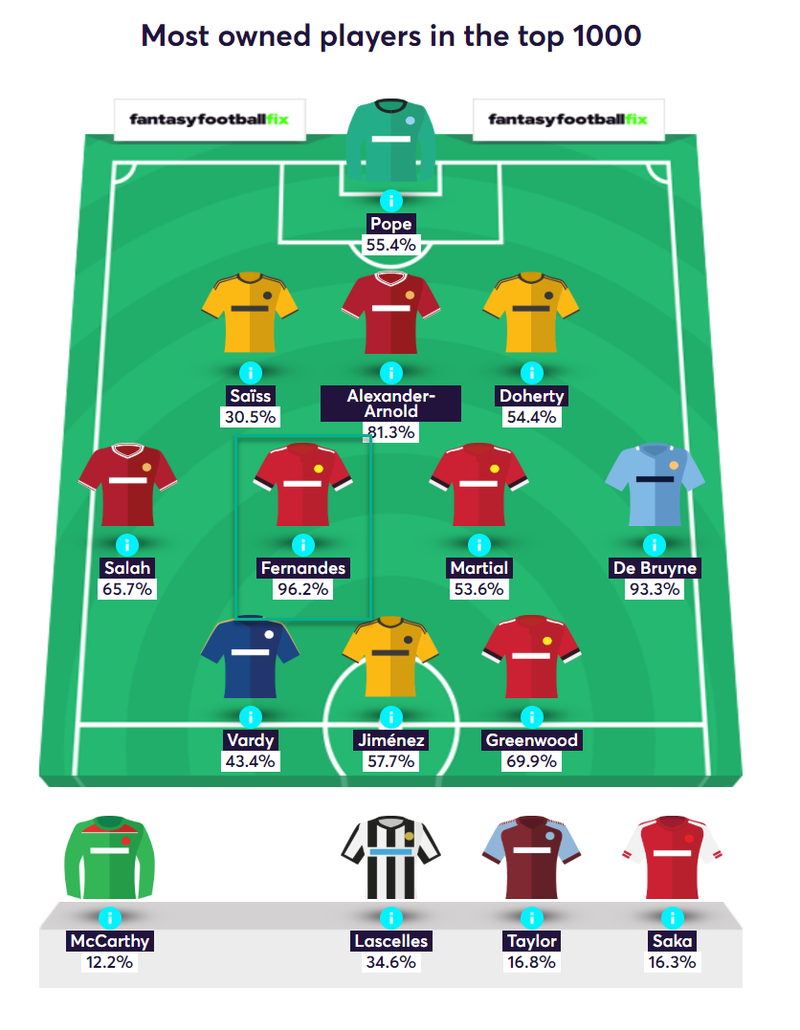 Chelsea will need to bounce back from their defeat against Sheff. Utd. if they are to remain in contention for a Champions League spot and will fancy their chances against an already relegated Norwich side. Pulisic has been one of their best players since the restart with three goals and three assists to his name. As the Stats Sandbox shows, only Antonio (26), Salah (24), De Bruyne and Sterling (both 17) have taken more shots amongst midfielders than the American’s 16. Chelsea have scored 12 goals since the restart, only Man. Utd. (15) and Man. City (23) have been more prolific. Man. City (29) are the only team to have created more ‘big chances’ than Chelsea's 19. No team has conceded more goals since the restart than the Canaries (15) and they are also bottom for SoT conceded (34). Only Sheff. Utd (15) have allowed opponents more ‘big chances’ than their 14. Our Fix Algorithm currently projects a point score of 5.7 for the American.