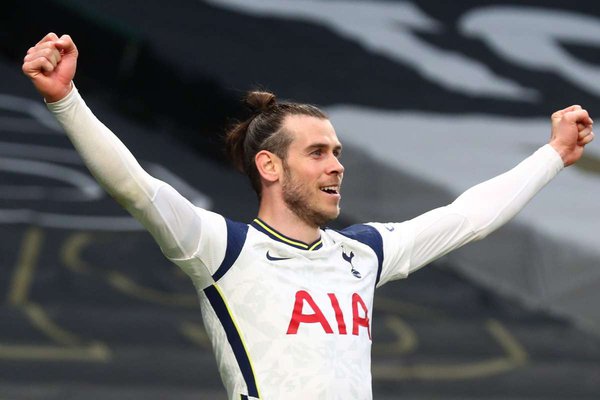 Bale tops the Custom Stats xFPL table for gameweek 34 with a score of 10.7. The Welshman landed more shots on target (SoT) (five) than any player this gameweek and was afforded two ‘big chances’. His teammate Son was the gameweek’s most creative player with six attempted assists, the South Korean took two shots, both from outside the penalty area and was afforded no ‘big chances’ which explains his low xFPL score of 5.9. No player took more shots (seven) or shots in the box (SiB) (six) than Sterling, the winger landed none of these attempts on target which led to a low xFPL score of 5.5. Antonio comes in second for xFPL score (10.0), the Hammers’ striker took five SiB, two of which were ‘big chances’ and also attempted two assists.

Everton are ranked fourth on the Fixture Analyser for the rest of the season and their assets are compared using our Stats Sandbox feature for the last four gameweeks. Sigurdsson tops the table for goals (two), shots (11), expected goals (xG) (1.31), xFPL (19.54) and FPL points (23). However, it is worth mentioning that the Icelandic international has landed just two attempts on target from those 11. Digne comes in second for attempted assists (five), xFPL (18.09) and FPL points (20) and is the most nailed on option from their defence. Coleman has also started all four of their matches and tops the table for attempted assists (seven). Richarlison leads the way for SoT (four) but his xG of just 0.57 indicates these have not been high quality chances. Calvert-Lewin matches him for xG (0.56) despite playing half as many minutes as the Brazilian.

Villa, Southampton and Palace along with Everton are the four teams which double in gameweek 34 and also have a fixture in gameweek 35. As a result, their assets are attracting a lot of attention. The budget picks are analysed using our Fix Comparison Matrix for the last four gameweeks. Watkins is top for FPL points (26), goals (two), assists (two), shots (nine), SoT (six), attempted assists (six) and ‘big chances’ (three) which indicates he is the clear standout option up front. In midfield, Zaha’s underlying numbers are extremely poor with just one shot in the last four gameweeks and only two attempted assists. Ward-Prowse and Armstrong are worth considering with the former winning out because of set-piece duty. Ward-Prowse beats Armstrong for attempted assists (five to one) and ‘big chances’ (two to zero) while the Scotsman has taken more shots than the Englishman (six to three). 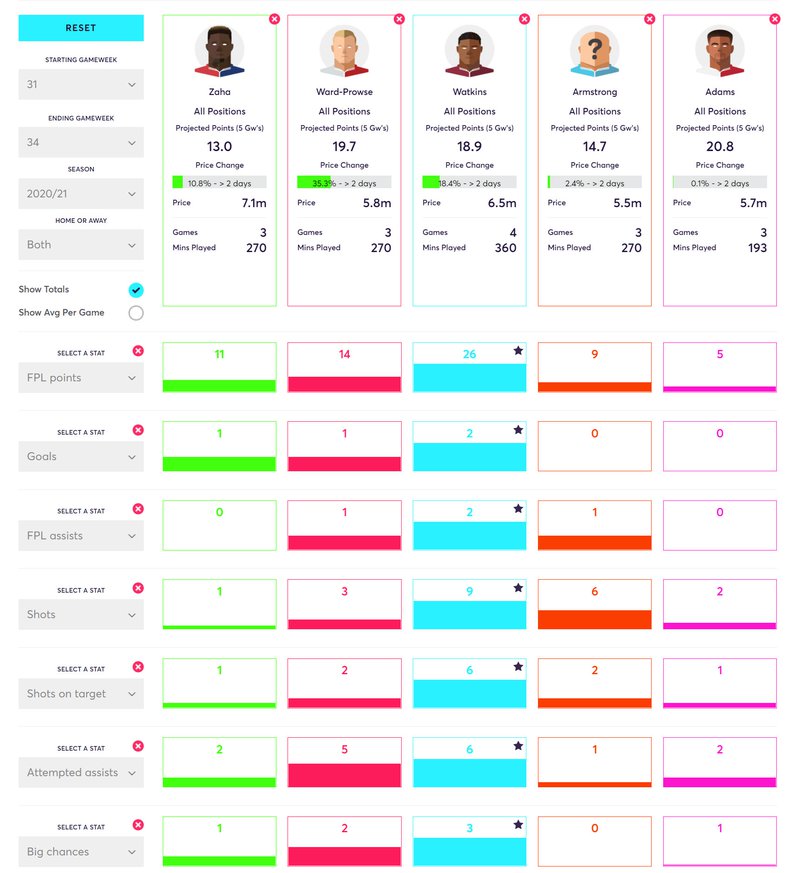