Kane has scored three goals over the last four gameweeks, only Lacazette (four) and Iheanacho (five) have fared better amongst forwards over that period. The Englishman is ranked top for shots (17) and shots on target (SoT) (seven) amongst forwards over that timeframe. Only Calvert-Lewin, Lacazette (each five) have been afforded more ‘big chances’ than his four. Spurs have scored six goals over the last four gameweeks, only Leicester (seven), West Brom, Arsenal (each eight) and West Ham (nine) have been more prolific. The Lilywhites are ranked 10th for ‘big chances’ (seven) over that period. Kane’s first opponents Everton have conceded just three goals over the last four gameweeks, keeping one clean sheet. However, they are ranked 14th for shots conceded (50) and eighth for SoT conceded (14). Southampton have conceded seven goals over the same period, only West Ham (eight), Fulham (nine) and Sheff. Utd (10) have conceded more. Only Spurs (11), Palace (12) and Sheff. Utd (14) have allowed opponents more ‘big chances’ than the Saints’ 10. Our Fix Algorithm currently projects a point score of 12.4 for Kane. 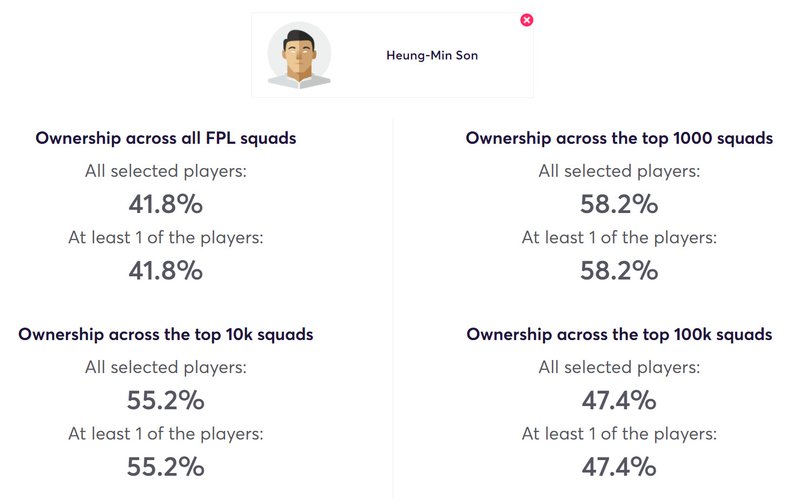 Iheanacho notched a brace against West Ham in gameweek 31, taking his total to seven goals over the last five matches. As the last five game player statistics feature in our Match Stats section shows, the Nigerian leads the way for goals (seven), expected goals (xG) (3.4) and SoT (nine) amongst Leicester players. No player across the league scored more goals than Iheanacho’s seven over that period. Leicester scored 11 goals over the aforementioned period, only West Ham, Arsenal (each 12), Spurs (15) and Man. City have been more prolific. Only West Ham (15), Spurs (16), Chelsea, Liverpool (each 17) and Man. City (21) have fashioned more ‘big chances’ than their 13. West Brom have conceded just four goals over the same period keeping three clean sheets. However, they are ranked 14th for SoT conceded (29) and 13th for ‘big chances’ conceded (13) which indicates they will still give the Nigerian plenty of opportunities. Our Fix Algorithm currently projects a point score of 4.1 for the Nigerian. 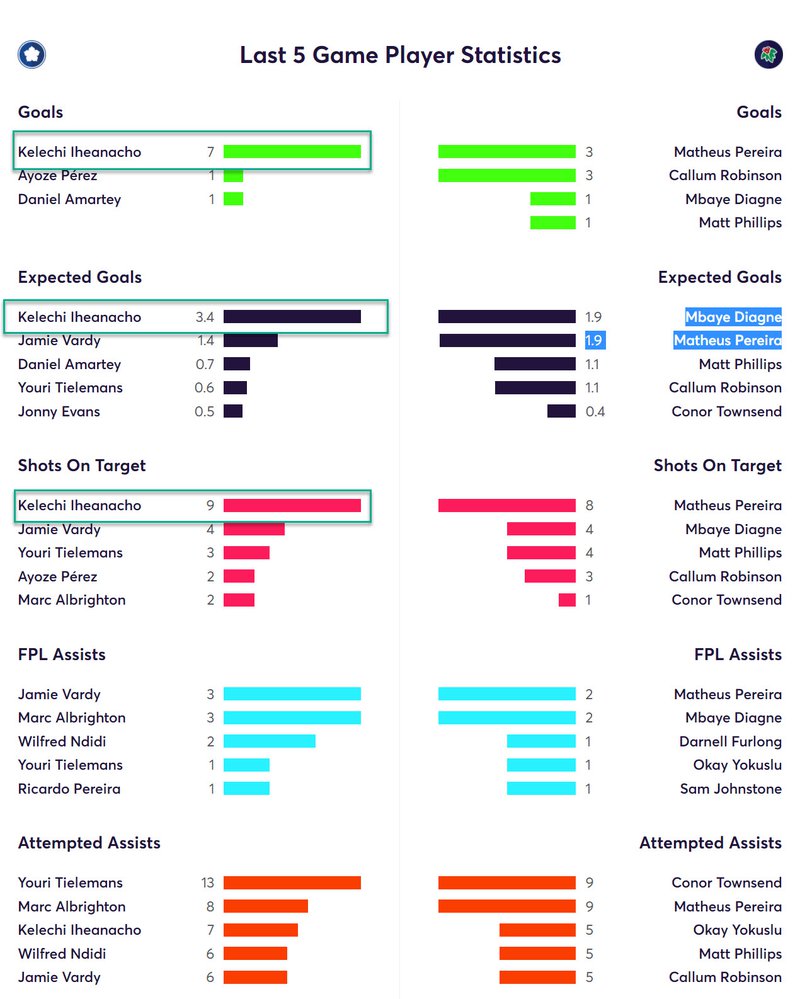