De Bruyne has racked up two goals and an assist in the last six gameweeks and ranks first for shots (18) amongst midfielders over that period. His total of six shots on target (SoT) is bettered only by Lingard, B. Fernandes, Mahrez (each seven), Rashford and Pereira (each eight). Only Raphinha (25) has created more chances than his 18. Man. City have topped all the attacking metrics over the last six gameweeks – goals scored (17), shot (106), SoT (43) and ‘big chances’ (22). Leeds have scored six goals over as many gameweeks, keeping just two clean sheets. Only Wolves (34) and Sheff. Utd (41) have allowed opponents more SoT than their 34. Our Fix Algorithm currently projects a point score of 7.0 for De Bruyne.

Salah has displayed signs of getting back to form two goals in his last two appearances, against Arsenal and Real Madid. No midfielder has taken more shots (11) over the last four gameweeks while only Mane, Lingard and Bruno (each three) have been afforded more ‘big chances’ than the Egyptian’s two. Salah has under 40% ownership in the top 1000 as per our FPL Statistics feature so is a bit of a differential this week. Liverpool have scored four goals in as many gameweeks, ranking ninth for shots (44) and 11th for ‘big chances’ (seven). Villa have conceded four goals over the same period, keeping just one clean sheet. The Midlands side are ranked 11th for SoT conceded (15) and 12th for ‘big chances’ conceded (eight). Our Fix Algorithm currently projects a point score of 6.1 for Salah. 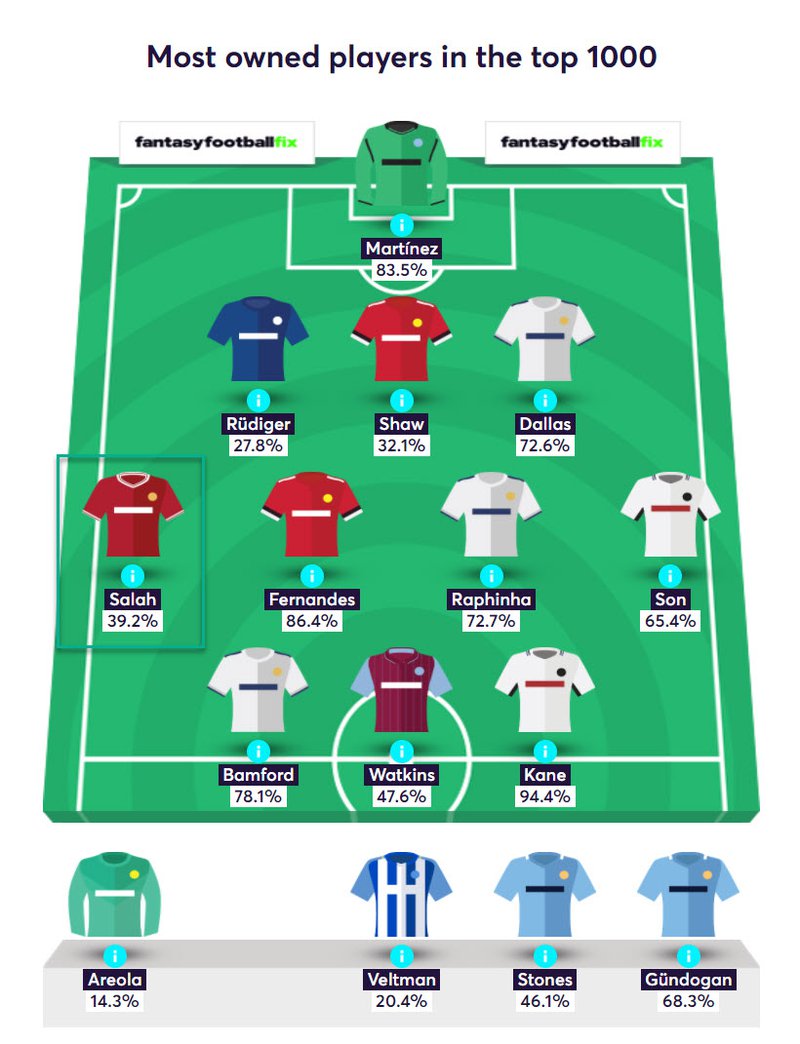 Wood has scored three goals over the last six gameweeks, only Jesus (four), Iheanacho (five) and Kane (six) have notched more amongst forwards. As the Stats Sandbox shows, his total of 11 SoT is bettered only by Kane (13) while only Calvert-Lewin, Iheanacho, Richarlison (each seven) and Kane (eight) have been afforded more ‘big chances’ than his five. Burnley have scored six goals over the last six gameweeks, ranking 12th for SoT (26) and 15th for ‘big chances’ (10). Newcastle’s defensive numbers give plenty of reason for optimism. The Magpies have conceded 10 goals over the last six gameweeks, keeping just one clean sheet. Only Sheff. Utd (12) and Southampton (14) have been more porous. Only Southampton, Wolves, Leeds (each 34) and Sheff. Utd (41) have allowed opponents more SoT than the Magpies’ 30. Our Fix Algorithm currently projects a point score of 4.5 for Wood.