Klopp expects to have Salah fully fit for midweek, after he was an unused sub in the Merseyside derby on Sunday. The Egyptian has scored in each of his last five Premier League outings at Anfield, amassing six goals and averaging 9.8 points per game.  As the Stats Sandbox shows, no player has struck as many shots on target (SoT) (12) or shots in the box (SiB) (20) during home matches this calendar year (since gameweek 21). Liverpool failed to score against Everton last gameweek but their home record is unrivalled. No team has scored more goals (40) or landed more SoT (101) on home turf than the Reds. The Liverpool outfit trail only Man. City (207) for SiB (188). Palace have conceded four goals over the last six gameweeks, keeping four consecutive clean sheets. However, the fact that only six teams have conceded more shots than their 77 indicates that they were a tad fortunate over that run. Our Fix Algorithm currently projects a point score of 6.4 for Salah.

B. Fernandes scored a late penalty to earn Man. Utd. a 1-1 draw with Spurs, taking his total to six goal involvements in as many matches in the Premier League (three goals, three assists). Since his arrival in gameweek 25, no midfielder has picked up as many as his 47 Fantasy Premier League (FPL) points, at an average of 7.8 points per game (PPG). His total of 24 goal attempts also ranks top amongst midfielders, while only Grealish (15) and Maddison (17) have attempted more assists than the 25-year-old (13). The Portugal international is a popular transfer target ahead of the deadline and is expected to go up in price soon as per our Price Change Predictor feature. Man. Utd have scored nine goals over the last six gameweeks, only Spurs (10), Liverpool (10) and Chelsea (12) have scored more. While only Man. City (35) have landed more SoT than their 33. Sheff. Utd. have conceded five goals over the last six gameweeks including three in their last game against Newcastle. Meanwhile, just seven teams have conceded more ‘big chances’ than the Blades’ 11. Our Fix Algorithm currently projects a point score of 5.2 for the Portuguese.

After leading Wolves to a 2-0 win over West Ham on Saturday, Jiménez now has six goals in 10 matches this calendar year (since gameweek 21).  No FPL forward has scored more goals or been afforded as many ‘big chances’ (12) during that period.  The Mexican also ranks first with totals of 40 goal attempts and 31 SiB, across players in his position. One of the most nailed-on players in the league, he is rated 100% to start as per our Predicted Lineups feature. Wolves have scored eight goals in the last six gameweeks, only six teams have been more prolific. They lead the league over that period for shots in the box (SiB) (59). Only Everton, Man. City (both 16) and Burnley (17) have carved out more ‘big chances’ than their 17. Bournemouth were woeful in their 2-0 defeat to Palace and the Cherries have conceded 12 goals over the last six gameweeks, keeping no clean sheets. Only Villa (38) have allowed opponents more SoT than their 38. Our Fix Algorithm currently projects a point score of 5.3 for Jiménez. 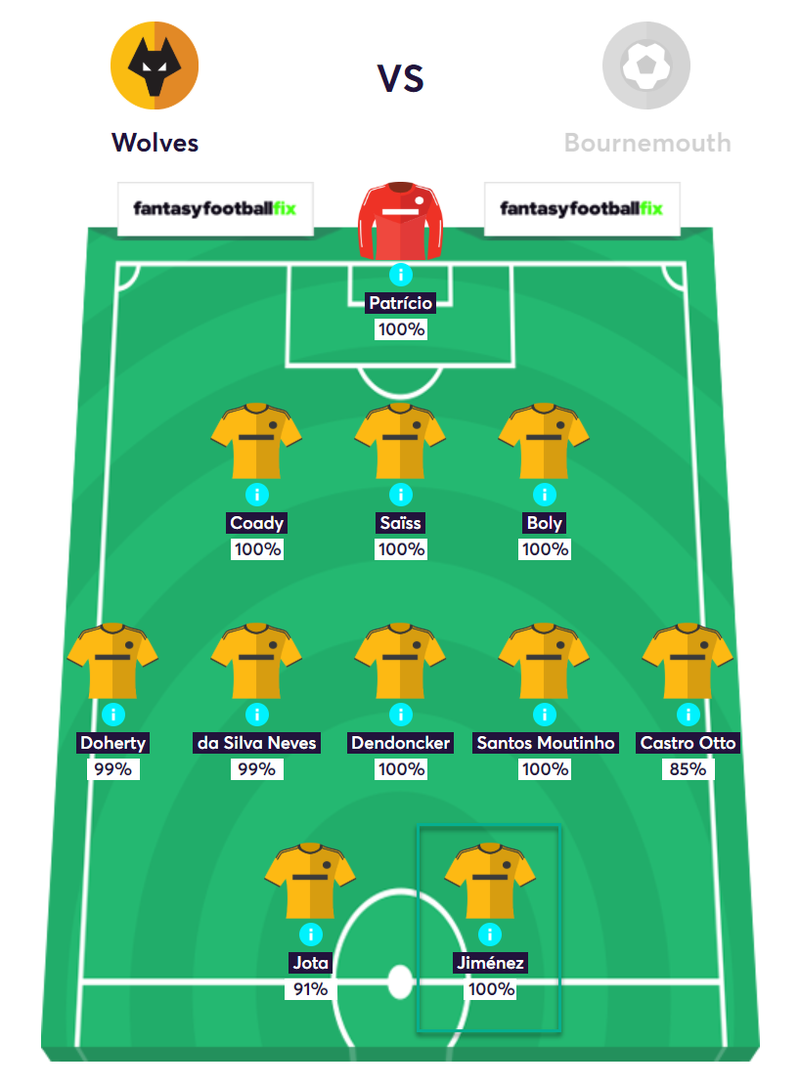 Vardy has been directly involved in 14 goals at the King Power stadium this season (10 goals, four assists), where he has averaged 6.1 PPG as per our Fix Heatmaps feature. Only Salah (14 goals) has found the back of the net more often during home matches. Totals of 18 shots on target and 12 ‘big chances’ rank the Englishman joint-fourth and sixth respectively, amongst FPL forwards.  Leicester have scored seven goals over the last six gamweeks and only seven teams have fared better. They are also ranked seventh for shots (82) over that period. Their opponents Brighton have conceded seven goals over that same timeframe, keeping just one clean sheet and only Bournemouth and West Ham have kept fewer (zero). Our Fix Algorithm currently projects a point score of 6.5 for Vardy. 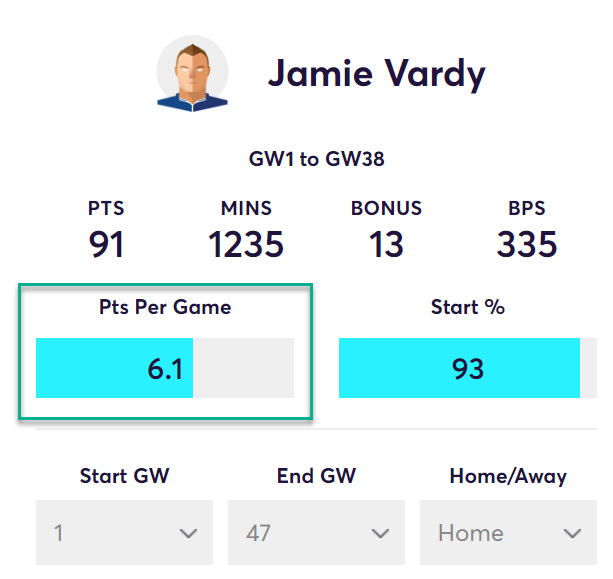 With four assists and seven clean sheets in 11 matches this calendar year (since gameweek 21), no FPL defender has amassed as many points as Alexander-Arnold (67). The right-back ranks top for shots (16), attempted assists (21) and successful crosses (23) during the same period amongst players in his position. Only Grealish (24), De Bruyne (27) and Maddison (30) have created more chances, amongst all players. Liverpool have conceded just six goals over the last six gameweeks, keeping three clean sheets. Only Man. Utd (19), Burnley (14) and Man. City (12) have allowed opponents fewer SoT than their 20. Palace have scored six goals over the same time frame, and Sheff. Utd (five), Villa, Newcastle (both four) and Norwich (one) are the only teams to have scored fewer. The Eagles have fashioned just 10 ‘big chances’ and only six teams have fared worse. Our Fix Algorithm currently projects a 60% probability of a Liverpool clean sheet and a point score of 6.0 for the right-back.