B. Fernandes was suspended for Portugal’s third international match which means he has had a full week off to recharge for the fixture against the Seagulls. Only Salah (17) has scored more goals than the Portugal international’s 16 this season and no player has taken more shots (90) or landed more shots on target (SoT) (39). He is also top for chances created (82) and ‘big chances’ created (17). Man. United have scored 56 goals this season, only Man. City (64) have found the back of the net more often. Their total of 161 SoT is only bettered by the league leaders (175). Brighton are ranked ninth for goals conceded (36) this season, keeping just nine clean sheets. They are also ranked third for shots conceded (255) and fourth for ‘big chances’ conceded (40). Our Fix Algorithm currently projects a point score of 7.0 for B. Fernandes.

Kane has been in fine form of late, scoring four goals over the last four gameweeks. No player has taken more shots (20) or landed more SoT (eight) over that period. Only Iheanacho (seven) has been afforded more ‘big chances’ than his five while only Antonio (eight) has created more chances than his six. He is rated at 100% to start as per our Predicted Lineups feature. Spurs have scored 12 goals over the last four gameweeks and only Man. City (14) have been more prolific. Their total of 20 SoT can only be bettered by Chelsea (27) and Man. City (36). Newcastle have conceded five goals over the same period, keeping just one clean sheet. Only Man. Utd (56), West Ham (58), Burnley (61), Wolves (62) and Sheff. Utd (66) have allowed more shots than the Magpies’ 53. Our Fix Algorithm currently projects a point score of 6.0 for Kane. 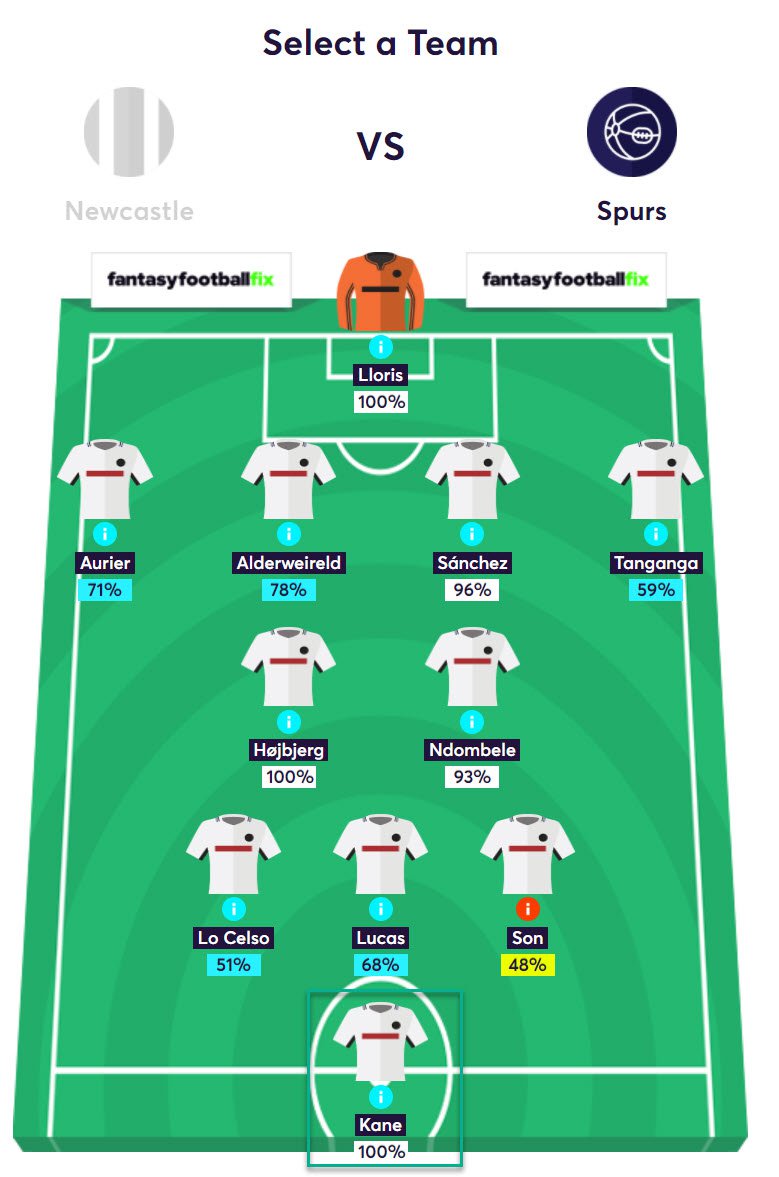 Raphinha found the back of the net against Fulham in gameweek 29 and no midfielder has taken more shots in the box (SiB) (eight) over the last four gameweeks as per our Stats Sandbox feature. Only Sterling, Bale, Pepe and Lingard (all three) have been afforded more ‘big chances’ than his two over that period amongst midfielders. His creativity numbers are strong as well, only De Bruyne and Lookman (12) have created more chances than his 11. Leeds have only scored two goals across the last four gameweeks but the fact they are ranked ninth for shots (50) indicates that they have been a tad unlucky. Sheff. Utd have conceded nine goals over the same period and no team has shipped in more over that period. The Blades are bottom for both SoT conceded (28) and ‘big chances’ conceded (19). Our Fix Algorithm currently projects a point score of 4.7 for Raphinha.