Kane has scored three goals over the last four gameweeks, only Iheanacho (five) has scored more amongst forwards. The Englishman is top for shots (22) and shots on target (SoT) (eight) over that period, while only Calvert-Lewin (five) and Iheanacho (seven) have been afforded more ‘big chances’ than his four. He is the third-most transferred in player this week as per our Transfer Stats feature with over 200,000 new owners. Spurs have scored 11 goals over the last six gameweeks, only Man. City (15) have been more prolific. Their total of 11 ‘big chances’ can only be bettered by Leicester and Man. City (each 14). Villa have conceded five goals over the last four gameweeks and are ranked 11th for shots conceded (60) and ninth for ‘big chances’ conceded (eight). Our Fix Algorithm currently projects a point score of 5.5 for Kane. 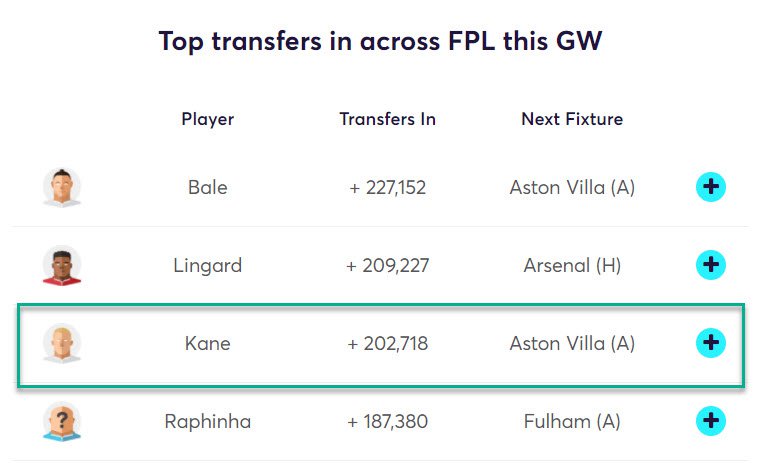 Bamford has scored 13 goals this season, only Calvert-Lewin (14) and Kane (16) have been more prolific amongst forwards. His total of 89 shots is only bettered by Kane (98) while no forward has landed more SoT than his 37. Only Calvert-Lewin (25) and Vardy (27) have been afforded more ‘big chances’ than his 24. The Leeds forward is still owned by over 50% of the game as per our FPL Statistics feature. Leeds have scored 43 goals this season and only six teams have scored more. They are also ranked third for shots in the box (SiB) (274) with only Liverpool (284) and Man. City (309) faring better. Fulham are ranked 10th for goals conceded (36) this season and only Leeds (67), West Brom (71) and Sheff. Utd. (67) have conceded more ‘big chances’ than the Cottagers’ 64. Our Fix Algorithm currently projects a point score of 2.9 for Bamford (largely down to the yellow flag at the time of producing this content). 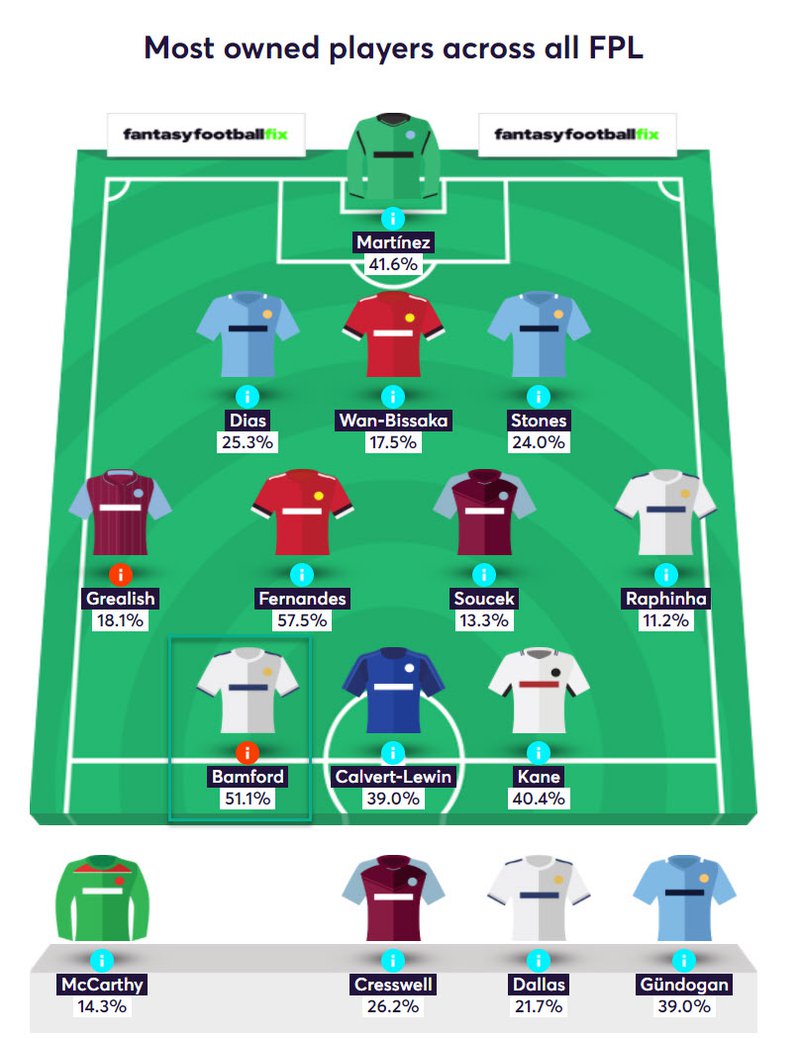 Aubameyang is expected to be restored to the Arsenal starting lineup after his omission against Spurs and only Lacazette (10) has notched more goals for the Gunners than his nine. As the Stats Sandbox shows, only Saka (53) has taken more shots amongst teammates than his 49 while only Lacazette (18) has notched more ‘big chances’ than his 11. The Gunners are ranked 11th for goals scored (37) and ninth for SiB (220). West Ham have conceded 32 goals this season, only six teams have conceded fewer. They are ranked ninth for shots conceded (322) and eighth for ‘big chances’ conceded (46). Our Fix Algorithm currently projects a point score of 3.0 for Aubameyang, which is probably a bit lower than expected after being left out in the last game (for disciplinary reasons).