The highest scoring asset in Fantasy Premier League (FPL) with 178 points, De Bruyne has taken 17 shots over the last six gameweeks with only Son (18), Armstrong (19) and Salah (30) taking more amongst midfielders. His total of 20 chances created is only bettered by Maddison (21) and only Richarlison and Salah (both five) have created more ‘big chances’ than his four. His ownership is still over 80% in the top 1000 as per our FPL Statistics feature. Man. City have scored six goals in as many gameweeks with their total of 100 shots beaten only by Chelsea (102) and Liverpool (107). Only Man. Utd (32), Everton (34) and Liverpool (39) have landed more SoT than their 30. Their first opponents Man. Utd have conceded five goals over the same period, only Sheff. Utd (four), Man. City (four) and Burnley (two) have conceded fewer. Surprisingly, only nine teams have allowed opponents more shots than their 76. Their second opponents Arsenal have also shipped five goals in the last six gameweeks and only eight teams have conceded more shots than their 73. Spurs (17), Southampton, Newcastle (both 18), West Ham (19) and Villa (22) are the only teams to have allowed opponents more ‘big chances’ than Arsenal’s 16 over that period. Our Fix Algorithm projects a point score of 10.6 for the Belgian. 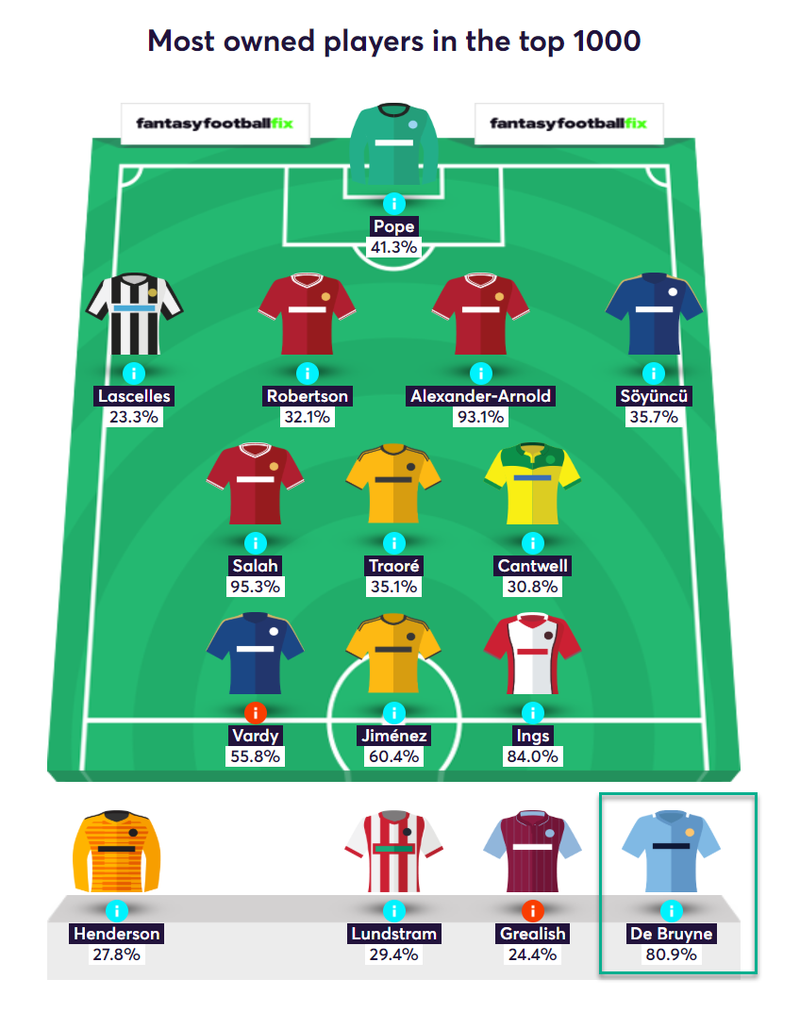 Sitting joint-first of the goal scoring charts with Vardy (17), Aubameyang has scored three goals in as many games since his return from suspension in gameweek 25. No forward has scored more goals over that period. He took five SoT over those matches and was afforded four ‘big chances’. The Gabonese is a popular transfer target this week with managers parting ways with the likes of Vardy, Firmino and Ings as per our Transfer Stats feature. Arsenal have scored 10 goals over the last six gameweeks, while only Everton (12) and Liverpool (14) have been more prolific. They have achieved this despite taking the fewest amount of shots (50) over that period. Their first opponents West Ham have conceded a league-worst 16 goals over the same period keeping no clean sheets. No team have allowed opponents more SoT than their 38 and only Villa (22) have conceded more ‘big chances' (19). Their second fixture against Man. City looks far more challenging. The defending Champions have conceded just four goals over the last six gameweeks with only Burnley (two) conceding fewer. They have restricted opponents to just 10 SoT and four ‘big chances’, both league-best figures. Our Fix Algorithm projects a point score of 8.5 for the Gabonese. 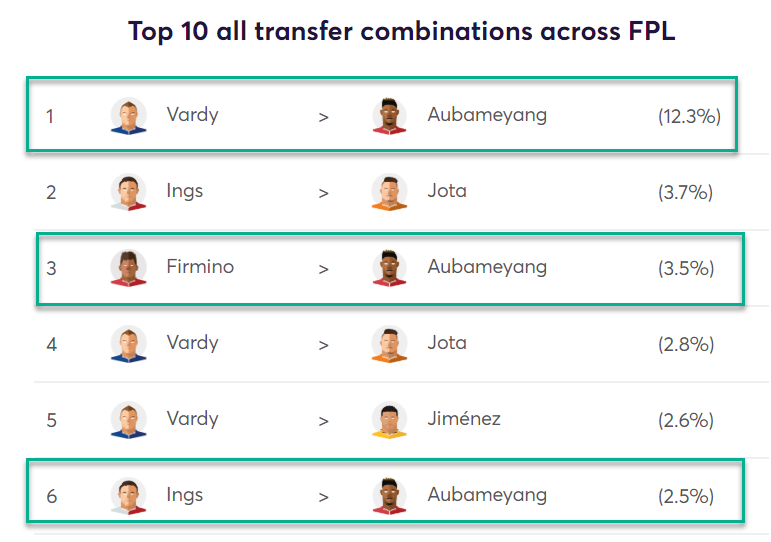 As per our Stats Sandbox feature, in terms of minutes over the last 10 matches, only Rodrigo (713), Fernandinho (783) and De Bruyne (838) have registered more than Mahrez’s 673 for Man. City, while it’s only the Belgian (62) who has registered more FPL points than his 51. His total of eight shots over the last six gameweeks sees him trail only Sterling (10) and De Bruyne (17) amongst Man. City midfielders. De Bruyne (20) is the only player to have created more chances than Mahrez’s 10 amongst Man. City’s midfielders over that period. His total of three ‘big chances’ created sees him ranked eighth amongst midfielders for the last six gameweeks. No team has scored more goals (68), taken more SiB (363) or landed more SoT (185) than the defending Champions this season. Their first opponents Man. Utd have conceded 30 goals so far keeping just seven clean sheets. Their total of 101 SoT conceded is however the fifth-best in the league with only Sheff. Utd (91), Chelsea (85), Man. City (82) and Liverpool (80) being more obliging. Arsenal’s numbers are more encouraging, the Gunners have shipped 36 goals keeping just six clean sheets. They are ranked seventh-worst for SiB conceded (245) and SoT conceded (133) this season. Our Fix Algorithm projects a point score of 8.0 for Mahrez.