Salah scored his fifth goal in the last six gameweeks with his strike against West Ham and no midfielder has taken more shots in the box (SiB) (25) or scored more goals than the Egyptian over that period. Only Son (12) has landed more shots on target (SoT) than his 10. He has been afforded five ‘big chances’ with only Son and Alli (both six) faring better. While Grealish (17), Maddison (18) and De Bruyne (23) are the only players to have created more chances over the aforementioned period than the Egyptian’s 15 and he is top for ‘big chances’ created (six). No team has scored more goals (15) or taken more SiB (81) than Liverpool over the last six gameweeks and they are also top for SoT (44). Only Everton (22) and Man. City (23) have been afforded more ‘big chances’ than their 21. Their opponents Watford have conceded nine goals over the same period and only six teams have shipped more. The Hornets are also seventh-worst for shots conceded (85). Our Fix Algorithm projects a point score of 6.7 for Salah.

Vardy’s form has dipped of late but there are plenty of reasons to believe he can turn it around looking at his points per game (6.9) on the road this season on our Fix Heatmaps feature. No forward has scored more goals in away matches than the Englishman (nine) and only Firmino (18), Jiménez (19) and Jesus (21) have landed more SoT than his 17. He is also top for ‘big chances’ in away matches (16) and only Jiménez (eight) has created more ‘big chances’ than his three. Leicester have scored 28 goals in away matches this season and only Man. City (35) have been more prolific. While it is only the reigning Champions who are ahead of them for SoT (98 to 77) and ‘big chances’ (45 to 35) in away matches. Norwich have conceded 26 goals at Carrow Road this season and only Southampton (30) have conceded more goals on home turf. No team have allowed opponents more SoT at home than the Canaries’ 77 and only Villa (40) and West Ham (42) have conceded more ‘big chances’ than their 35. Our Fix Algorithm projects a point score of 6.0 for Vardy. 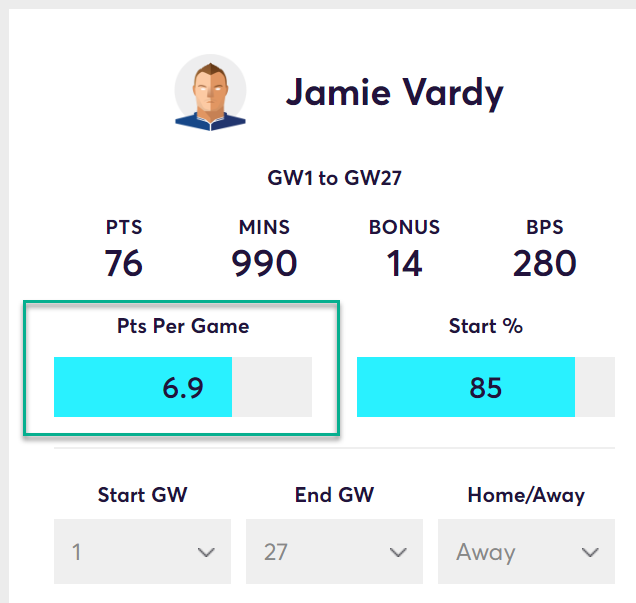 Richarlison has been prolific under Ancelotti scoring three goals in the last six gameweeks and only Son (four) and Salah (five) have scored more amongst midfielders. This is even more impressive when you consider the fact he has missed two matches due to injury. Only Son (18) and Salah (25) have taken more shots than the Brazilian’s 12 over the aforementioned period and he is also ranked fourth for SoT (seven), with Armstrong (eight), Salah (10) and Son (12) the only players to fair better. He is second only to Salah (six) for ‘big chances’ created (five). Over 80,000 managers have brought the Brazilian in already this week as per our Transfer Stats feature. Everton have scored 12 goals in the last six gameweeks and only Liverpool (15) have scored more. Their total of 58 SiB is only beaten by Chelsea (61), Man. City (79) and Liverpool (81). While Man. City (23) are the only team to have created more ‘big chances’ than the Toffees’ 22, and they also only trail Man. City (41) and Liverpool (44) for SoT (35). Man. Utd have been strong defensively of late, conceding four goals in the last six gameweeks and only Liverpool (three) have conceded fewer. Only Chelsea (15) and Man. City (11) have allowed opponents fewer SoT than their 17. Neverless, our Fix Algorithm projects a point score of 3.9 for the Brazilian. 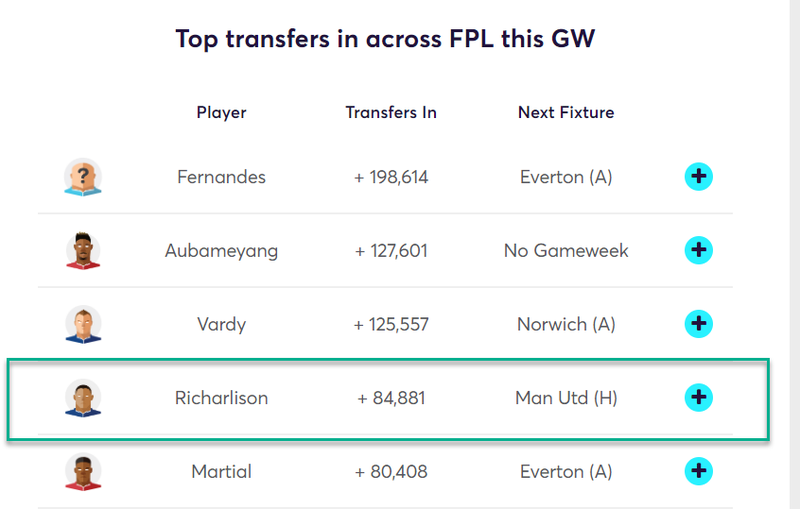