B. Fernandes converted from the penalty spot in the Manchester derby to register his eighth goal involvement in the last six gameweeks (five goals, three assists). During that period, only Kane (10) and Lingard (11) have landed more than his nine shots on target (SoT), while only Lookman, Groß (each 19), Shaw (20) and Raphinha (21) can better his 17 attempted assists. Cresswell (five), Raphinha and Son (each six) are the only players to have created more ‘big chances’ than his four. He is owned by 76.8% of the top 1000 as per our FPL Statistics feature. Man. Utd have scored 18 goals over the last six gameweeks and only Man. City (19) have been more prolific. Their total of 16 ‘big chances’ is only bettered by Chelsea (19) and Man. City (13) while the league leaders (46) are the only team to have landed more SoT than their 43. West Ham have conceded only four goals over the last six gameweeks and only Chelsea (two) faring better. However, the Hammers are ranked 14th for shots conceded (84) which indicates that the Red Devils will still have plenty of opportunities. Our Fix Algorithm currently projects a point score of 6.9 for B. Fernandes. 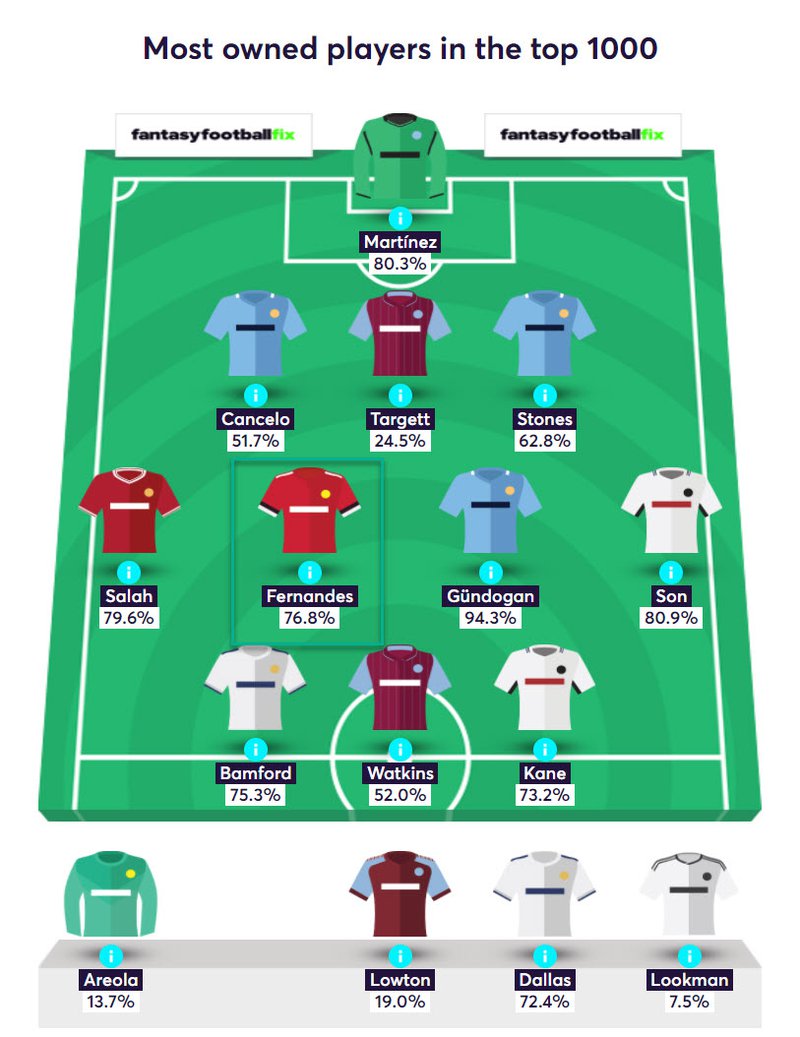 After running riot against Palace last weekend, Kane now has four goals and two assists in six matches since returning from injury. The England captain has produced league-leading figures of 26 total shots, 16 shots in the box (SiB) and 10 SoT as per our Stats Sandbox feature. Only Diagne and Werner (each seven) have been afforded more than his six ‘big chances’. Spurs have scored 12 goals over the last six gameweeks and Man. Utd (18) and Man. City (19) are the only sides to have found the back of the net more often. Their total of 15 ‘big chances’ is only bettered by Man. Utd (16), Chelsea (19) and Man. City (23). Arsenal have conceded eight goals over the same period, keeping no clean sheets. The Gunners are ranked 11th for SoT conceded (31) and 10th for ‘big chances’ conceded (10). Our Fix Algorithm currently projects a point score of 4.9 for the Englishman.

With a direct goal involvement in eight of Everton's last eight goals, across 11 matches at Goodison Park this season (five goals, three assists). Calvert-Lewin has also carried form throughout the season averaging 4.8 points per game (PPG) as per our Fix Heatmaps feature. Only Watkins (seven) and Kane (10) have found the back of the net more often at home amongst forwards. His total of 23 SiB in home matches can only be bettered by six forwards. Everton have scored 10 goals over the last six gameweeks and only West Ham, Leicester (each 11), Spurs (12), Man. Utd (18) and Man. City (19) have fared better. The Toffees’ total of 15 ‘big chances’ is only bettered by Man. Utd (16), Chelsea (19) and Man. City (23). Burnley have conceded 10 goals over the same period and only Palace, Everton, Sheff. Utd (all 11), Liverpool (12) and Southampton (19) have been more porous. Meanwhile, Villa (108), Everton (112) and Palace (118) are the only teams to have conceded more shots than the Clarets’ 101. Our Fix Algorithm currently projects a point score of 4.4 for Calvert-Lewin. 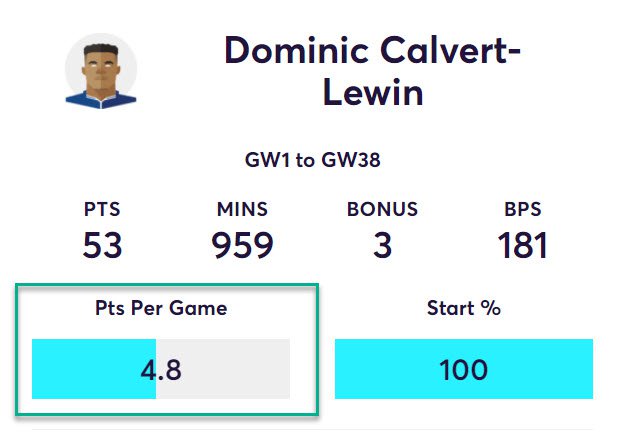 Mount has been a key figure for Chelsea under Tuchel, netting three goals in the last five gameweeks to average 6.0 PPG. No teammate has produced as many attempted assists (13) or shots (13), while only Werner has had more touches in the opposition’s box (34 to 21). Amongst all midfielders, only Neto, Groß (each 13), Lookman (14) and Raphinha (15) can better his 12 successful crosses. He is the third most transferred in player this week as per our Transfer Stats feature. Chelsea have scored just nine goals over the last six gameweeks but have been posting strong underlying numbers. The Blues’ total of 100 shots can also only be bettered by Leeds (101) and Man. City (122) while only the league leaders (23) have fashioned more ‘big chances’ than their 19. Leeds have conceded 10 goals over the last six gameweeks and only Palace, Everton, Sheff. Utd (all 11), Liverpool (12) and Southampton (19) have shipped more. The Whites are ranked 14th for shots conceded (84) and 13th for ‘big chances’ conceded (13). Our Fix Algorithm currently projects a point score of 4.2 for Mount. 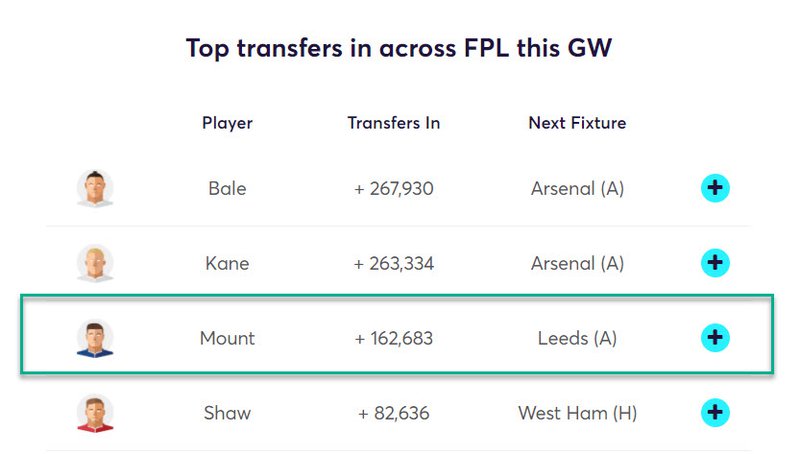 Shaw continued his impressive form with a goal in the Manchester derby and has now been directly involved in five goals over the last six gameweeks. No defender has produced as many as his 20 attempted assists in that time, a figure which can only bettered by Raphinha (21) across all positions. Meanhwile, Cooper (five) is the only player to land more than his four SoT amongst defenders. Man. Utd have conceded just five goals over the last six gameweeks and only West Ham, Fulham (each four) and Chelsea (two) have been more frugal. Man. City (35), Brighton (29) and Chelsea (27) are the only teams to have conceded fewer SiB than their 41. West Ham are ranked fourth for goals scored (11) over the last six gameweeks but are ranked 13th for shots (70) and 14th for SiB (45) which suggests a clean sheet could be on the cards for the Red Devils. Our Fix Algorithm currently projects a 30% chance of a clean sheet for the Manchester side and a point score of 4.2 for Shaw.