After his brace against Southampton, Salah has been directly involved in seven goals (five goals, two assists) over the last six gameweeks, earning 8.3 points per game (PPG). Only Agüero (eight) has been afforded more than his seven ‘big chances’ in that time, while no player can better his 22 shots in the box (SiB). A total of 18 attempted assists by the Egyptian is behind only Maddison (20) but no player has created more ‘big chances’ than his seven. The Egyptian is the most transferred in player this week as per our Transfer Stats feature with over 200,000 managers bringing him in. No team has scored more goals than Liverpool’s 14 or created more ‘big chances’ (23) over the last six gameweeks. They are second for shots on target (SoT) (41) only to Leicester (43). Norwich have conceded nine goals over the same period and only Bournemouth (12), West Ham (13) and Villa (14) have conceded more. They are ranked seventh-worst for SoT conceded (27) and 10th for ‘big chances’ conceded (11). Our Fix Algorithm predicts a point score of 8.3 for Salah. 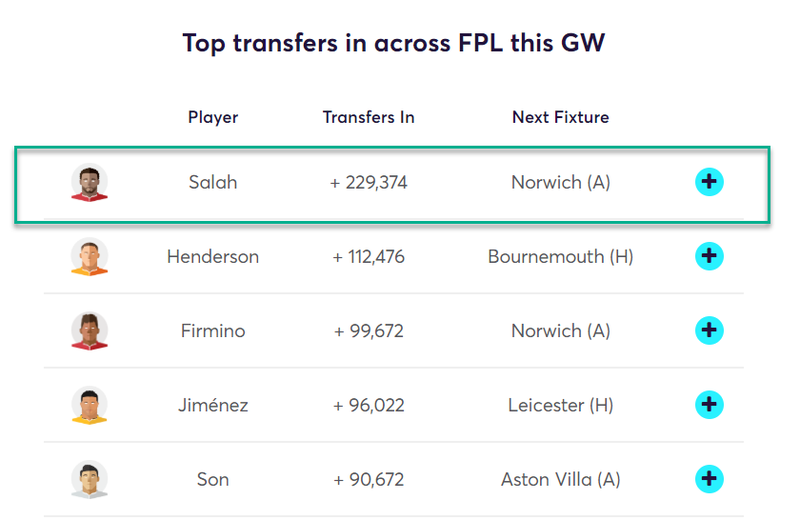 With six goals in the last four gameweeks, no forward has earned more Fantasy Premier League (FPL) points than Agüero (39). As the Stats Sandbox shows, the Argentinian has been afforded a league-best total of seven ‘big chances’ in that time and also ranks top for SoT (11) and joint-first for SiB (16). Only Firmino (38) and Salah (49) have had more than his 36 touches in the opposition’s box. Man. City have scored 13 goals over the last six gameweeks and only Liverpool (14) have scored more. They are top for both shots (116) and SiB (75). Only Villa (14) have conceded more goals than West Ham’s 13 over the aforementioned period and only Newcastle (37) have allowed opponents more SoT than their 35. The hammers are also bottom for ‘big chances’ conceded (23). Our Fix Algorithm projects a point score of 6.2 for the Argentine.

Ings was unable to add to his 14 goals this season against Liverpool but only Agüero (five) fired more than his four SiB during the gameweek. The Englishman has netted three goals in the last six gameweeks, while producing 21 SiB, which only trails Salah and Firmino (each 22). While Jesus, Firmino (each 10), Salah (11) and Agüero (12) are the only players that can better his nine SoT. He is owned by 63% of the top 1000 ranked managers as per our FPL Statistics feature. Southampton have scored eight goals over the last six gameweeks and only seven teams have scored more. They are ranked seventh for shots (85) and fifth for SoT (32) over that period. Their opponents Burnley have conceded eight goals over the last six matches and only Newcastle (37) have allowed opponents more SoT than their 35. Only Newcastle (21), Villa (23) and West Ham (23) have conceded more ‘big chances’ than their 14. Our Fix Algorithm predicts a point score of 5.9 for Ings. 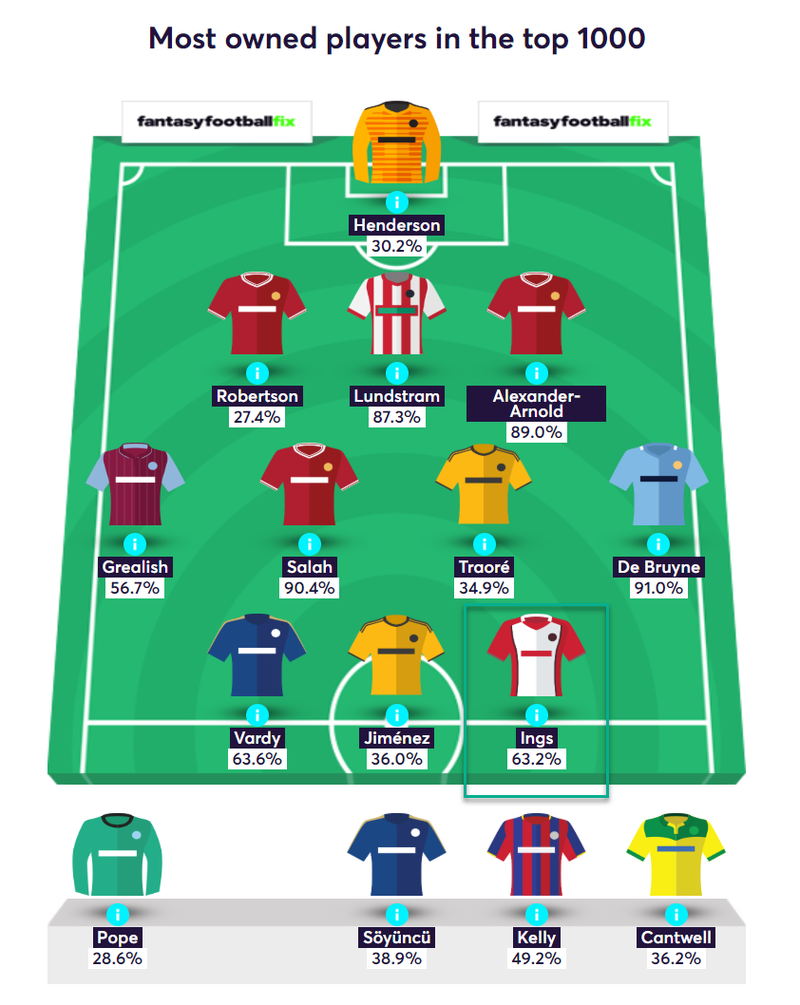 Mahrez has earned starts in five of the last six gameweeks, while producing two goals and three assists to average 5.7 PPG as per our Fix Heatmaps feature. Salah (12) is the only midfielder to register more than his 12 SiB, while only Jesus (16) and Agüero (18) can better that total amongst teammates. The Algerian has also created four ‘big chances’ during that period, this is level with De Bruyne and only behind Traoré (five) and Salah (seven). Liverpool (35) are the only team to have scored more goals at home than Man. City (31) this season. The defending Champions also only trail the Reds for both SoT (88 to 80) and ‘big chances’ (46 to 44). West Ham have conceded 18 goals on the road this season, keeping just three clean sheets. Spurs (70), Newcastle (75) and Brighton (78) are the only teams to have allowed opponents more SoT than their 69 and no team have conceded more ‘big chances’ than their 40. Our Fix Algorithm projects a point score of 6.0 for Mahrez. 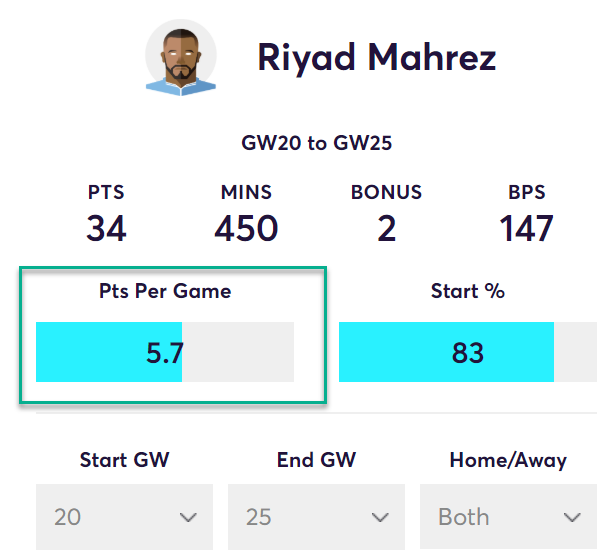 The 4-0 win over Southampton last weekend saw Liverpool keep their ninth clean sheet in 10 league games. Van Dijk has earned 35 FPL points in the last four gameweeks, producing an average of 7.0 points per game. Only Dunk (three) has been afforded more than his two ‘big chances’ during that period amongst defenders, while only Mina (1.46) and Dunk (1.02) can better his 0.99 expected goals (xG). Liverpool have conceded just one goal over the last six gameweeks, keeping six clean sheets. Only Wolves and Man. City (both eight) have conceded fewer ‘big chances’ than their nine. They are also ranked seventh for SiB conceded (43) and SoT conceded (23). Our Fix Algorithm predicts a 60% chance of a Liverpool clean sheet and a point score of 5.5 for Van Dijk.