B. Fernandes tops the Custom Stats xFPL table for gameweek 22 with a score of 14.1. No player attempted more shots (six) than the Portuguese and he also attempted five assists. Calvert-Lewin leads the way for shots on target (SoT) (four), the forward registered an xFPL score of 9.6 as he took took four shots in the box (SiB), two of which were ‘big chances. Fraser was the week’s most creative player with seven attempted assists, notching an xFPL score of 5.9. Martial was top for ‘big chances’ (three), the Frenchman took five SiB in a substitute appearance, registering an xFPL score of 6.8.

Liverpool have now failed to keep a clean sheet in four consecutive matches and the alternatives to Robertson are compared using our Fix Comparison Matrix for the last three gameweeks. Shaw’s creative numbers standout, the left-back has attempted nine assists despite playing just 143 minutes and also tops the comparison for ‘big chances’ created. In terms of goal threat, Justin leads the way for shots (four) and SoT (two) which indicate his goal this week was not an anomaly. Cresswell faces Fulham and Sheff. Utd in his next two games and posts encouraging numbers as well with four attempted assists and two ‘big chances’ created. 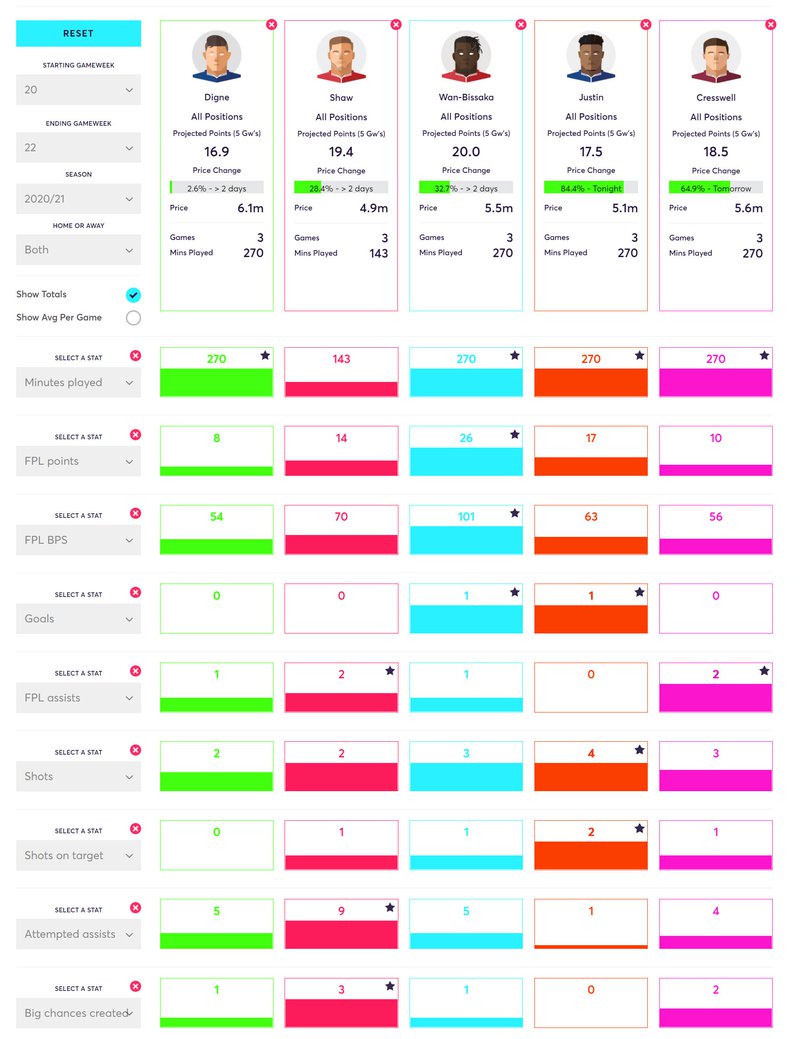 The Toffees are back on the radar after the announcement of a double gameweek in gameweek 24 and their assets are compared for the last three gameweeks using our Stats Sandbox feature. Calvert-Lewin leads the way for xFPL (14.25), shots (eight), SoT (six) and ‘big chances’ (two). In terms of creativity, Digne tops the table for attempted assists (five) and ‘big chances’ created (one). Richarlison has taken seven shots but landed just one on target, indicating his poor form of late. Rodriguez has surprisingly created just two chances in his two appearances, which limits his appeal.