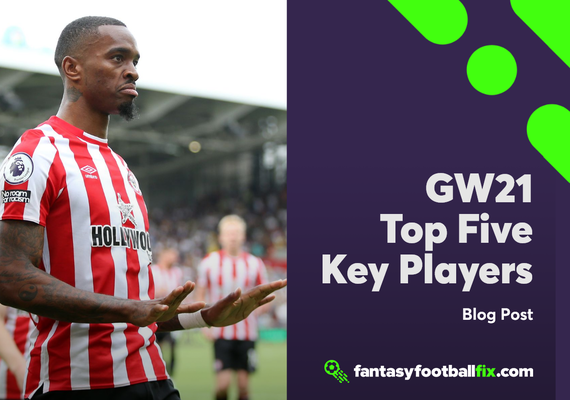 Haaland has found the back of the net three times since the restart and is top amongst forwards for 'big chances' (seven). Only Mitrovic (14) has taken more shots in the box (SiB) than the Norwegian international (13). As the below image from our Predicted Lineups feature shows, he is rated at 99% to start. Man. City have scored six goals since the restart with only Arsenal (61), Chelsea (65) and Man. Utd (74) taking more shots than their 59. They trail only their cross-town rivals (16) for 'big chances' (15). Their visitors Wolves have conceded just three goals over the aforementioned period and have kept one clean sheet. The Midlands side are ranked 14th for shots conceded (57) and seventh for SoT conceded (17). Our Fix Algorithm currently projects a point score of 7.8 for Haaland. 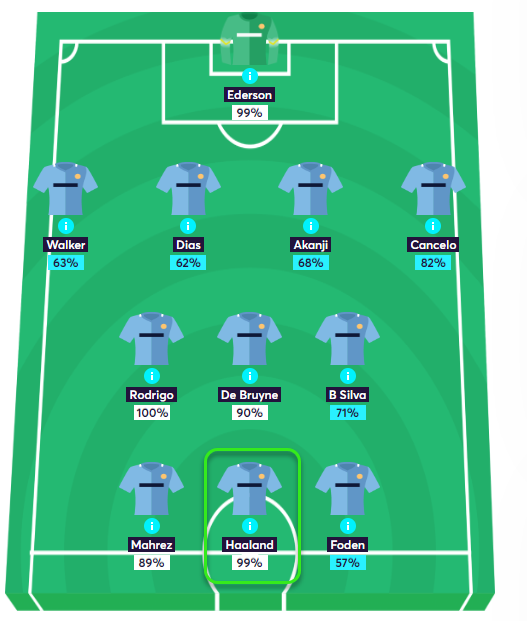 Salah has scored just one goal over the last four gameweeks but as the below image from our Match Stats feature shows, over their last five matches he is second for 'Expected Goals' (xG) (2.7) and shots on target (SoT) (six) while only two Liverpool players have created more chances than his eight. The Merseyside outfit have scored six goals over the last four gameweeks and only Man. Utd (16) have fashioned more 'big chances' than their 15. Their visitors Chelsea have conceded four goals over the same period and have kept two clean sheets. The London side are ranked 10th for shots conceded (51) and 12th for SoT conceded (20). Our Fix Algorithm currently projects a point score of 5.6 for Salah.