Salah’s early substitution makes him highly likely to start against Wolves with a short turnaround, and no midfielder has scored more than the Egyptian’s nine goals this season. As the Fix Heatmaps feature shows, he averages 9.0 points per game at home. He is top for shots (58), shots in the box (SiB) (47) and shots on target (SoT) (26) amongst midfielders. Only Mané and Sterling (both 17) have been afforded more ‘big chances’ than his 13. Liverpool have scored 46 goals this season, only Man. City (50) have scored more. They have landed 113 SoT and created 59 ‘big chances’ with only Man. City (130 and 72) faring better. Wolves have conceded 22 goals this season keeping just four clean sheets. They have allowed opponents 223 shots and 71 SoT. Our Fix Algorithm projects a point score of 6.8 for Salah. 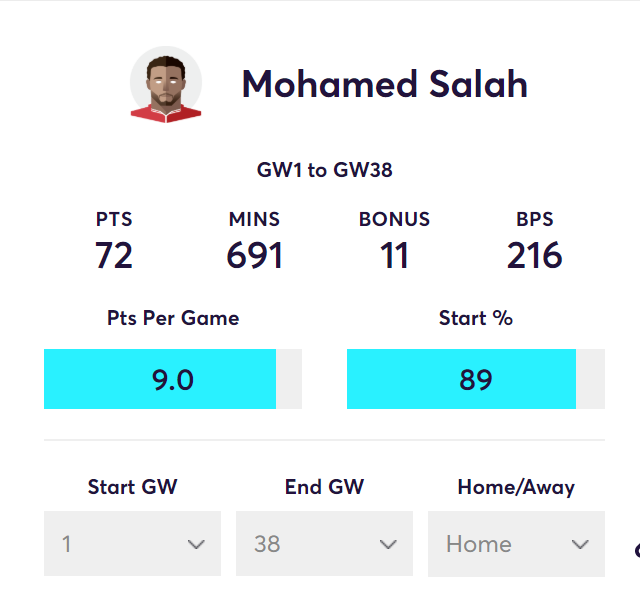 Kane’s goal against Brighton in gameweek 19 took his total to 10 goals for the season, only five strikers have been more prolific. His 51 shots sees him ranked sixth amongst forwards and he is ranked ninth for SoT (19). Only seven forwards have created more chances than his 16. He is a popular transfer target this week, with the Abraham to Kane transfer the fourth most popular forward transfer as per our Transfer Stats feature. Spurs have scored 34 goals this season with only Leicester (41), Liverpool (46) and Man. City (50) scoring more. Only six teams have landed more SoT than their 82. No team has conceded more goals (38) or kept fewer clean sheets (two) than Norwich this season. They are also bottom for SoT conceded (107). Only Villa (48) and West Ham (59) have allowed opponents more ‘big chances’ than their 46. Our Fix Algorithm projects a point score of 6.0 for Kane.

Ings was rested for Southampton’s victory against Chelsea and should be nailed to start the game against Palace as shown by his 100% rating on our Predicted Lineups feature. Only Aubameyang (12) and Vardy (17) have scored more goals this season than Ings’ 11 and the Saints frontman is ranked 13th for shots (40) and 12th for SoT (17). He has been clinical in front of goal, only Vardy (34.7%) boasts a higher goal conversion rate than his 27.5% amongst forwards (to have played at least 500 minutes). He has also created 16 chances with only seven forwards creating more. Southampton have scored 23 goals this season and ranked ninth for shots with 232. Only seven teams have created more ‘big chances’ than their 38. Palace have conceded 21 goals this season, allowing opponents 254 shots and 80 SoT. Our Fix Algorithm projects a point score of 4.6 for Ings. 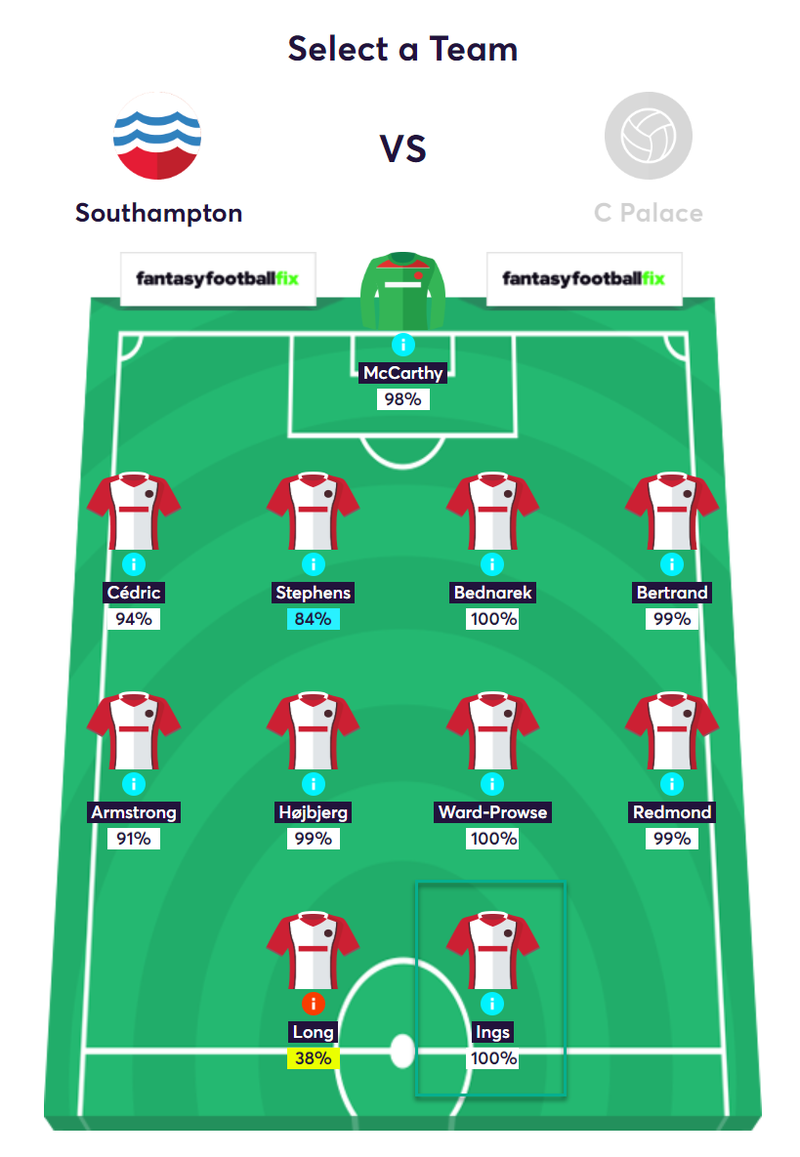