Ayew tops the Custom Stats xFPL table this week, the budget forward attempted three assists and landed two shots on target (SoT), notching an xFPL score of 11.4. He was afforded two ‘big chances’ and also created two, which explains the high score. Sterling comes in second with a score of 11.2, only Calvert-Lewin (six) took more shots than his five and no player was afforded more ‘big chances’ (three) or landed more SoT (three) than the Man. City midfielder. Alexander-Arnold comes in third at 11.1, all three of his attempted assists were converted indicating an element of fortune in notching 24 Fantasy Premier League (FPL) points. Moutinho was the week’s most creative player with six attempted assists. However, only one of these was a ‘big chance’ which explains his low xFPL score of 3.6.

Alexander-Arnold notched the highest gameweek score (24) of any player this season against Leicester and his underlying numbers are analysed using the Stats Sandbox feature to see if he is capable of replicating similar heroics. Only Lundstram (105) has notched a higher xFPL score than Alexander-Arnold’s 101.2 this season amongst defenders. The Liverpool right-back leads the way for attempted assists (55), FPL assists (10), and expected assists (xA) (5.69). Only Lundstram (27) has taken more shots (21). Liverpool are second only to Bournemouth in our Fixture Analyzer for defensive difficulty and top of the ticker for attacking difficulty which indicates that further clean sheets and attacking returns are on the cards. Alexander-Arnold certainly merits a place in FPL squads based on these numbers.

Abraham is one of the most sold players this week as per our Transfer Stats feature, and his popular replacements’ statistics are compared using our Fix Comparison matrix. Despite playing the least minutes of the players under consideration (396), Maupay has landed the most SoT (eight). He is third for shots (13) with only Calvert-Lewin (19) and Abraham (15) taking more. He also has been afforded just one less ‘big chance’ (two) than Ings and Abraham (both three). He was rested for Brighton’s game against Spurs so should start gameweek 20 which is reassuring in this busy period. The same applies to Ings after his rest against Chelsea and his underlying numbers are also impressive with 12 shots, seven SoT and six attempted assists. Ayew’s price of only 5.0 in FPL certainly makes him appealing but his total of nine shots in six matches indicates he might struggle to deliver consistent returns. 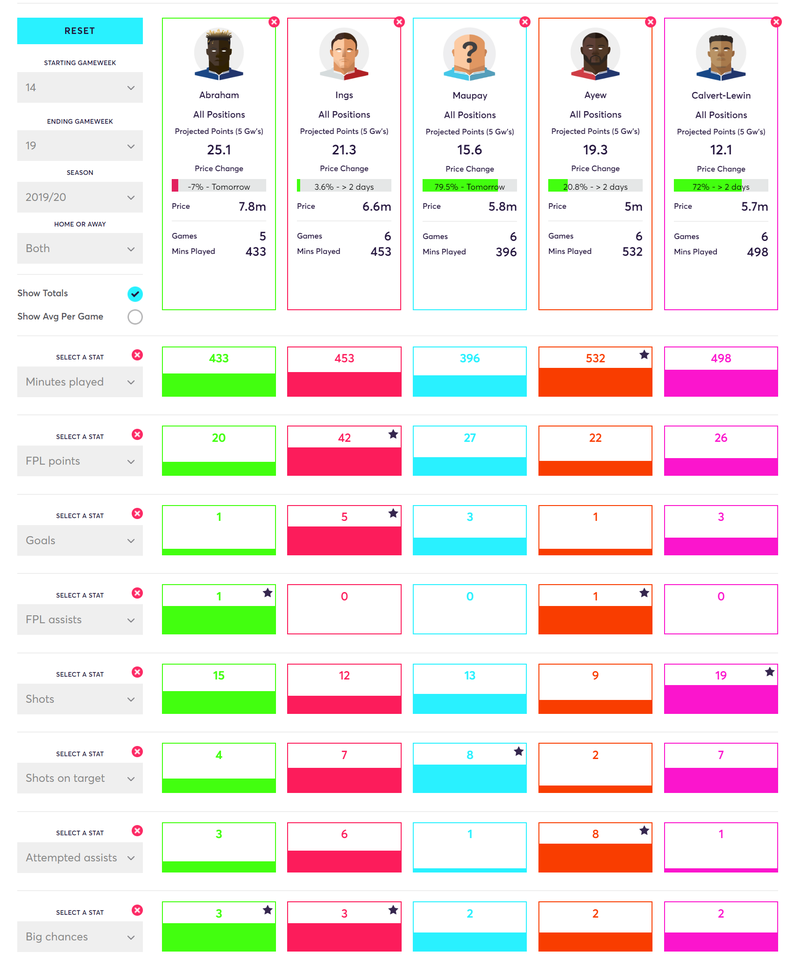 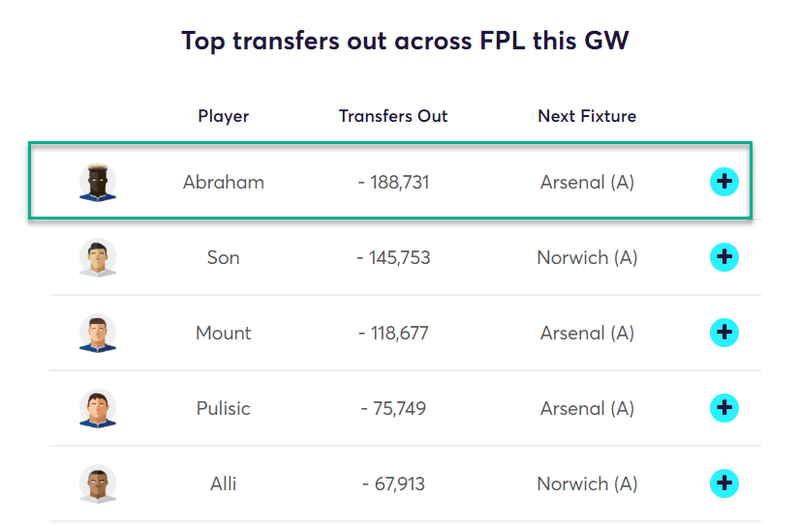