Haaland managed to get on the scoresheet late against Fulham in gameweek 16, and that goal made it 13 strikes at the Etihad for the Norwegian international so far this season. No forward has been afforded more ‘big chances’ than his 12 in home matches this season while only Mitrović (32) has taken more shots in the box (SiB) than his 31. As the below image from our Transfer Analytics shows, managers who sold Haaland last week are already buying him back and he is the second-most ‘transferred in’ player this week, seeing a price rise this morning back to 12.2. Man. City are top for goals scored (29) and ‘big chances’ (29) in home matches this season, and only Newcastle (130) and Liverpool (138) have taken more shots than their 123. Their visitors Brentford have conceded 17 goals on their travels with only Forest, Leicester (19 each) and Bournemouth (24) more porous. Leicester (44) and Forest (51) are the only two teams to have allowed opponents more shots on target (SoT) (41) than the London side. Our Fix Algorithm currently projects a point score of 9.0 for Haaland. 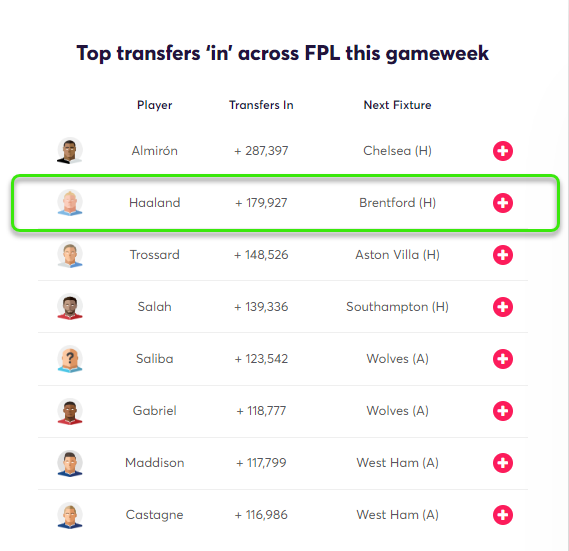 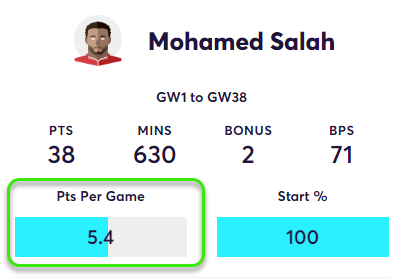 Rashford has found the back of the net just once over the last six gameweeks but his underlying numbers have been impressive. He is ranked third amongst midfielders over the aforementioned period for SiB (11) while only Salah (six) has been afforded more ‘big chances’ than his five. Only H. Barnes (nine) and Salah (11) have landed more SoT than his seven. As the below image from our FPL Statistics feature shows, he is only owned by less than 20% of the game. Man. Utd have scored seven goals over the last six gameweeks and are ranked third for shots (92), whole only Liverpool (93) and Brighton (100) have fared better. Their hosts Fulham have conceded nine goals over the same period and are ranked 19th for ‘Expected Goals’ conceded (xGC) (10.38). Our Fix Algorithm currently projects a point score of 4.2 for Rashford.