Vardy rewarded his backers with a goal in gameweek 14, taking his total to 13 goals and 110 Fantasy Premier League (FPL) points for the season, both league highs. No player has taken more than his 21 shots on target (SoT) across the league and he trails only Rashford (9.19) and Aguero (7.25) for expected goals (xG) (7.24). He is also joint-top for ‘big chances’ (17) along with Wood. Leicester are sitting at second place in the points table and have scored 33 goals, with only Man. City (39) scoring more. They are also ranked fifth for SoT and only Villa (75), Chelsea (88), Liverpool (88) and Man. City (99) have fared better. Watford have recently parted ways with Flores and have conceded 28 goals this season. Norwich (30) and Southampton (32) are the only teams to have conceded more. The Hornets have managed only three clean sheets all season and their expected goals conceded (xGC) of 23.02 is the seventh-worst in the league. Our Fix Algorithm projects a point score of 7.3 for Vardy.

Salah failed to get on the scoresheet against Brighton but the visit of a beleaguered Everton side to Anfield for the Merseyside derby offers a great opportunity to get back on track. He looks to be over his ankle problem and is expected to start as per our Predicted Lineups feature. Despite missing two matches, Salah still ranks third for shots (42) across the league, with only Firmino (43) and Jiménez (44) attempting more. His 33 SoT is top amongst midfielders and only Mané (13) and Sterling (15) have been afforded more ‘big chances’ than his 11. He is also top for xG amongst midfielders with 6.79. Liverpool have scored 32 goals this season while only Leicester (33) and Man. City (39) have managed more. The Reds currently rank second for SoT (88), trailing only Man. City (99) and are also third for ‘big chances’ (41) just behind Chelsea (46) and Man. City (60). Everton have conceded 22 goals this season, while only West Ham (23), Watford (28), Norwich (30) and Southampton (32) have conceded more. The Hammers have kept only three clean sheets all season and have not kept one on the road since gameweek one. Our Fix Algorithm projects a point score of 6.5 for the Egyptian. 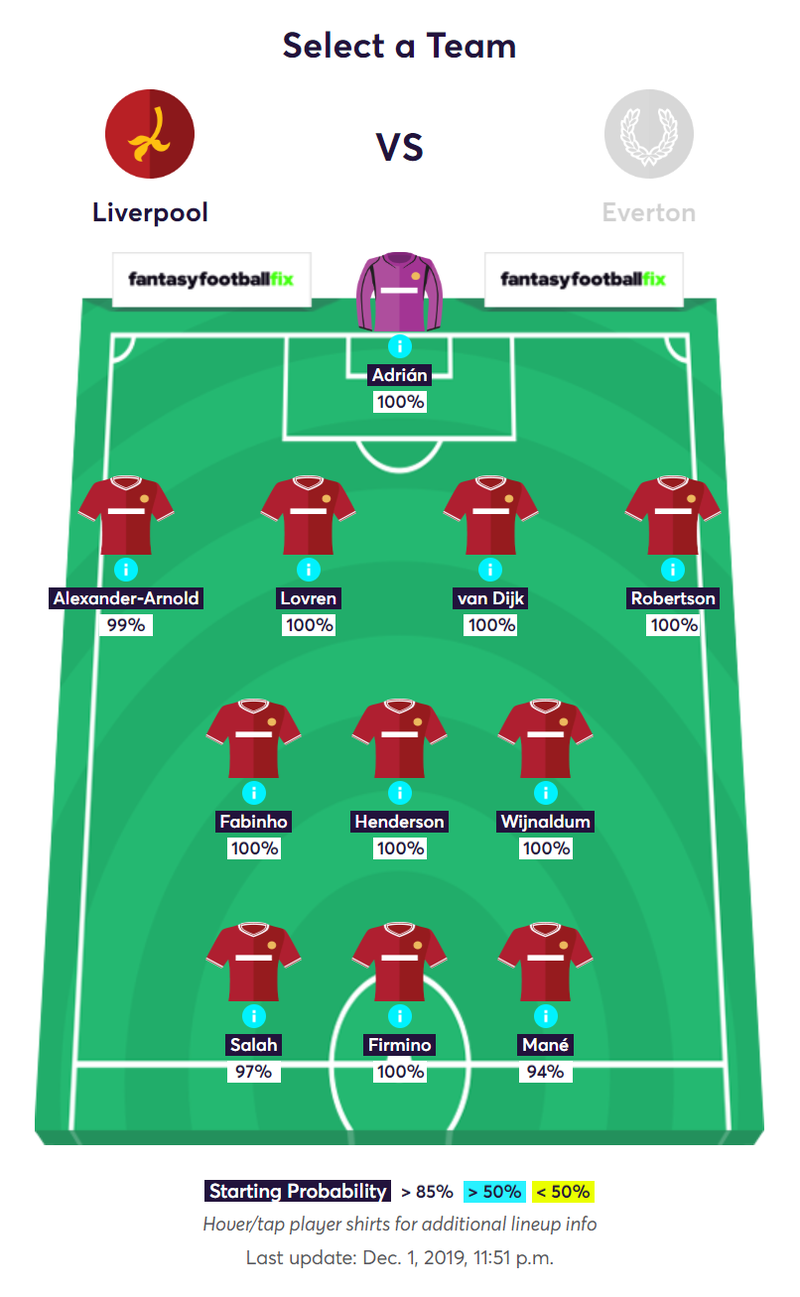 Ings took his total to seven goals for the season with his strike against Watford in gameweek 14 and only Aguero (nine), Abraham (10), Aubameyang (10) and Vardy (13) have scored more goals than the Saints’ frontman this season. Three of these goals were scored in the last four gameweeks where he managed a total of five SoT. No team-mate managed more than his three ‘big chances’ over this period and only Ward-Prowse registered a higher xG (2.58) than his 1.56. Southampton have scored just 15 goals this season but six of these have come in the last four gameweeks. They managed 18 SoT over those four games, with only nine teams managing more. The Saints are also 10th for ‘big chances’ (nine) and xG (6.22) over those matches. Their opponents Norwich have conceded 30 goals this season, with only the Saints themselves faring worse (32). The Canaries are bottom for xGC (27.82) and only Villa (257) have conceded more shots than their 243. As our Fixture Analyzer shows, Ings has great fixtures for the next few games and is a good long term pick with our Fix Algorithm projecting a point score of 6.0 for the Englishman this week.