Spurs have now scored six league goals under Mourinho and their two midfielders Son and Alli have registered a total of seven Fantasy Premier League returns over that period. Using the Fix Heatmaps feature, the two are compared and there is no clear cut winner. Alli clearly beats Son in terms of goal threat, with an xG (expected goals) figure of 1.52 to 0.60 and five SiB to three. A look at the shotmaps also shows that Alli’s shots are from a more central position in far more threatening areas with Son taking most of his shots from a wide position. However, it appears that Son has taken on more of a traditional winger role under Mourinho. He’s clearly doing more defensive work, his tackling numbers are double that of Alli’s (eight to four) which is very good for his bonus point prospects. He has attempted seven assists to the Englishman’s three and completely destroys him for xA 0.35 to 2.12. The five ‘big chances’ created explains why his xA is so high. At 8.5m versus 9.8m for Son, Alli appears to be the more explosive option and is a serious differential as well at under 5% ownership at the time of writing. However, Son is also a great pick as he appears to have more routes to pick up points and has not blanked in the last five league fixtures. Both have risen in price by 0.1 already since the gameweek 14 deadline and you can track further price movements using our Price Predictor feature.

3. How did the Abraham replacements do?

A hip injury to Abraham saw the Englishman shipped out by over 900,000 managers ahead of gameweek 14 and the most popular replacement options as per our Transfer Trends feature are compared using our Fix Comparison Matrix. Ings tops the comparison both for SoT (two) and attempted assists (two) and given his budget price combined with Southampton’s fixture run, he looks an excellent pick. Jimenez leads the way for shots (four) but could land only one on target. However, he was playing against one of the league’s best defences in Sheff. Utd. so that has to be taken into account as well. Rashford leads the way for ‘big chances’ and is the most expensive forward of the lot but his next two games against Spurs and Man. Utd are off-putting. Mousset has displayed incredible consistency over the last few weeks taking his total to four goals and three assists over the last six matches. He took two shots and attempted two assists as well. Like Ings, he looks like an excellent pick given his price tag and Sheffield Utd’s kind run of fixtures. 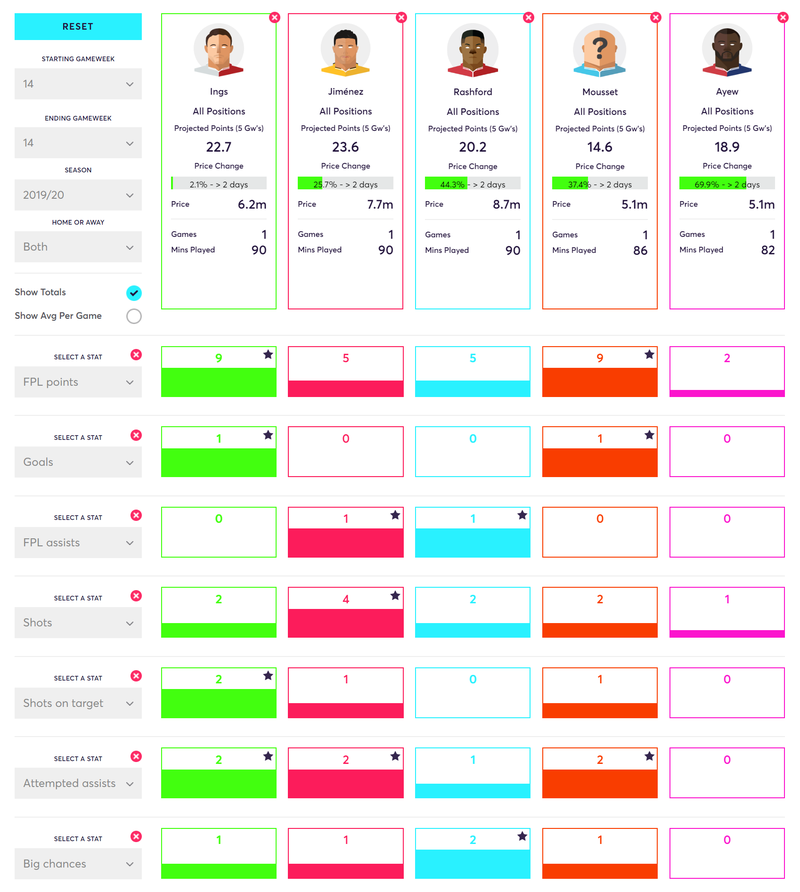 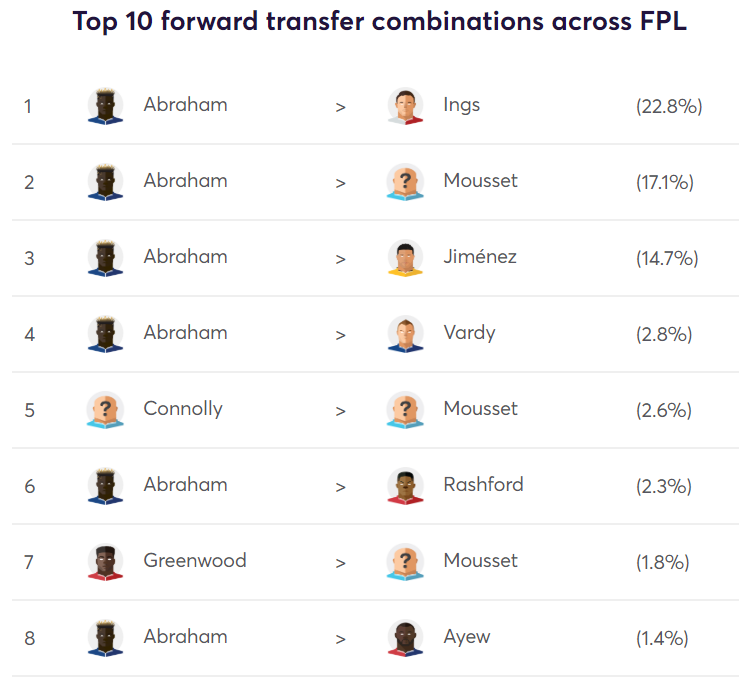