Gallagher, R. James, Cancelo and Smith-Rowe all registered attacking returns in gameweek 12 and top the transfers in table. No defender has created more chances than R. James (10) over the last four gameweeks, while Cancelo is top for shots (16) amongst defenders.

Sánchez , Alonso, Ings and Vardy top the transfers out list. Sánchez is suspended for gameweek 12 while both Alonso and Ings did not feature for their sides last gameweek. Vardy has registered zero shots on target (SoT) over the last three gameweeks so it understandable that managers are losing patience, and Chelsea up next will will further put managers off holding. 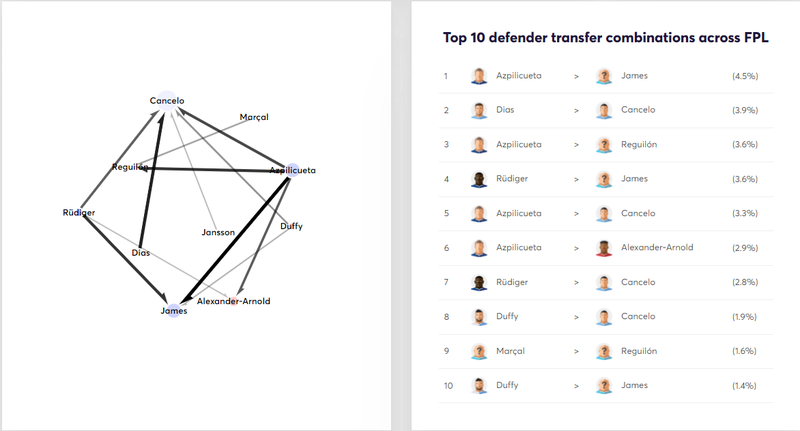 Th majority of the transfers for R. James and Cancelo seem to be from managers selling Dias, Rüdiger and Azpilicueta. Dias offers very little attacking threat at his price so it makes sense for managers to opt for options that pose more threat going forwards. Azpilicueta has found himself on the bench the team sheet recently and both Chelsea full-backs appear to be better options than the Spaniard. 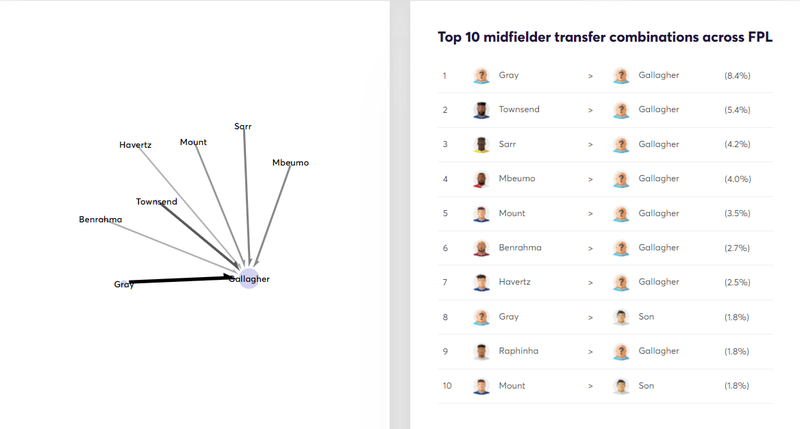 A huge chunk of the midfielder transfer activity involves buying Gallagher with eight of the top 10 midfield transfer combinations involving the 21-year old. D. Gray, Townsend, Sarr and Mbeumo appear to be the players making way. Over the last four gameweeks, only Redmond (11), Tielemans (12), Jansson (13) and B. Fernandes (14) have created more chances than Gallagher (10). 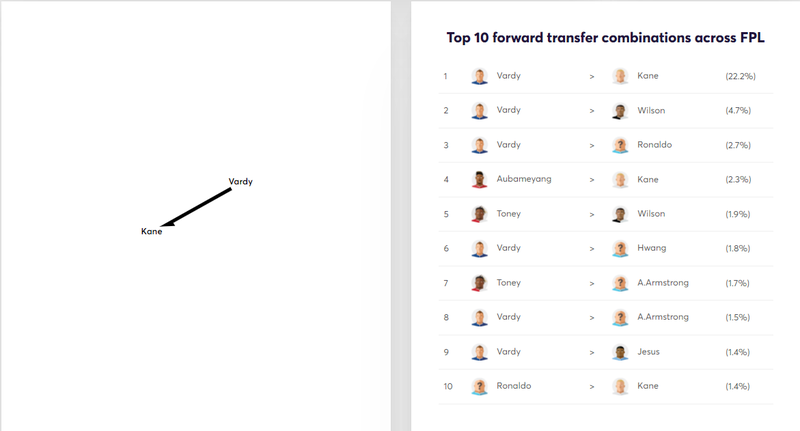 Vardy to Kane is by some distance the most popular transfer this week. Spurs embark on an enticing run of fixtures that sees them play Leeds, Brentford and Norwich in their next three home games (over the space of just four gameweeks) and with Kane scoring seven goals on international duty, Fantasy Premier League (FPL) managers have taken notice.