The Golden Boot frontrunner Salah has notched four goals in as many gameweeks, no midfielder has managed more. The Egyptian is also top amongst midfielders for shots (16), shots on target (SoT) (eight) and 'big chances' created (three). Liverpool have been the best attacking team in the league and are top for goals scored (14) and 'big chances' (15) over the aforementioned period. Their opponents Arsenal have conceded just three goals in the last four gameweeks, keeping two clean sheets, but they have been largely dependent on Ramsdale. The Gunners are ranked 15th for SoT conceded (19). Our Fix Algorithm currently projects a point score of 7.2 for Salah.

Ronaldo has scored just one goal in the last four gameweeks but has posted decent underlying numbers. As the Stats Sandbox image below shows, only Benteke (11) has taken more shots in the box (SiB) than the Portuguese international's nine, while only Rodrigo (five), Benteke (six) and Aubameyang (seven) have landed more SoT than his four. Man. Utd have scored five goals over the last four gameweeks and are ranked 11th for SoT (14). However, Watford's defensive numbers should give Ronaldo's backers plenty of reason for optimism. The Hornets have conceded nine goals over their last four league matches, keeping no clean sheets. Only Norwich (10), Man. Utd and Villa (each 11) have been more porous. They are ranked 15th for SiB conceded (38) and 14th for 'big chances' conceded (10). Our Fix Algorithm currently projects a point score of 6.0 for Ronaldo.

Kane has enjoyed himself over the international break, scoring seven goals for England. The 28-year old's pedigree is unquestionable with 88 goals in the last four seasons, at an average of 22 per league campaign. So, the Englishman will be looking to kick start his season in Conte's first home game. His numbers over the last four gameweeks have not been great with just four SiB and one 'big chance' but only one of these games was under Conte. He is owned by less than 20% of the top 100k and is a great differential as per our FPL Statistics feature. Spurs have scored just three goals over the last four gameweeks but are ranked sixth for 'big chances' (six). Their opponents Leeds have conceded four goals in as many gameweeks, keeping no clean sheets. The Whites are ranked 10th for shots conceded (50). Our Fix Algorithm currently projects a point score of 5.7 for Kane. 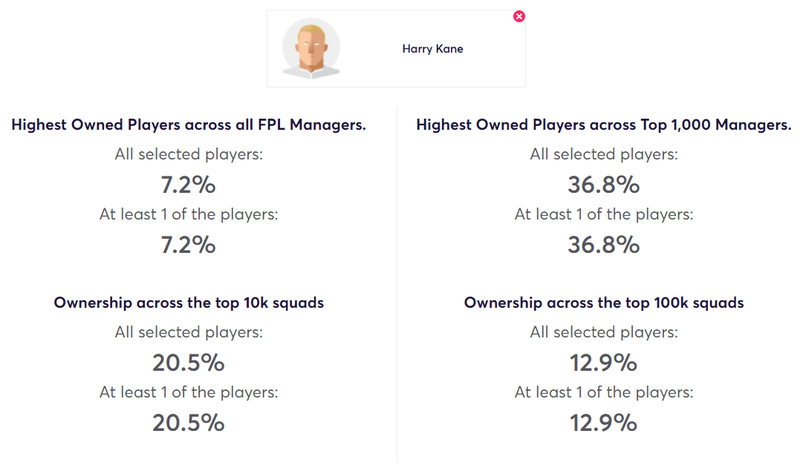