No player has supplied as many assists as De Bruyne (four) in the last four gameweeks, where he has picked up an average of 5.3 points per game (PPG). Amassing 11 attempted assists over that period, the Belgian ranks joint-first with M. Pereira, Ziyech and Grealish as per our Stats Sandbox feature. Only B. Fernandes and Bamford (each 17) have fired more than his 16 shots. Man. City have scored seven goals over the past four gameweeks, meanwhile Villa (eight), Southampton and Chelsea (both nine) are the only teams that have been more prolific. Villa (65) and Leeds (68) are also the only teams to have taken more shots than City's 64. Fulham have conceded five goals over the same period, keeping just one clean sheet. They have allowed opponents five ‘big chances’ and 18 shots on target (SoT) over those matches. Our Fix Algorithm currently projects a point score of 7.6 for the Belgian.

B. Fernandes has recorded double digit point hauls in every away match so far this season, providing five goals and four assists to average 12.5 PPG. No Fantasy Premier League (FPL) midfielder has landed more SoT on the road (nine), while only Son (eight) has had more ‘big chances’ than his five. The Portuguese star also ranks top amongst players in his position for ‘big chances’ created with four. He is owned by 69.3% of the top 1000 as per our FPL Statistics feature. Man. Utd have scored seven goals over the last four gameweeks and only Villa (eight), Southampton and Chelsea (both nine) have scored more. No team has created more ‘big chances’ (13) over that period. West Ham have conceded three goals over the last four gameweeks, keeping two clean sheets. Only seven teams have allowed opponents more SoT than their 19. Our Fix Algorithm currently projects a point score of 7.0 for B. Fernandes. 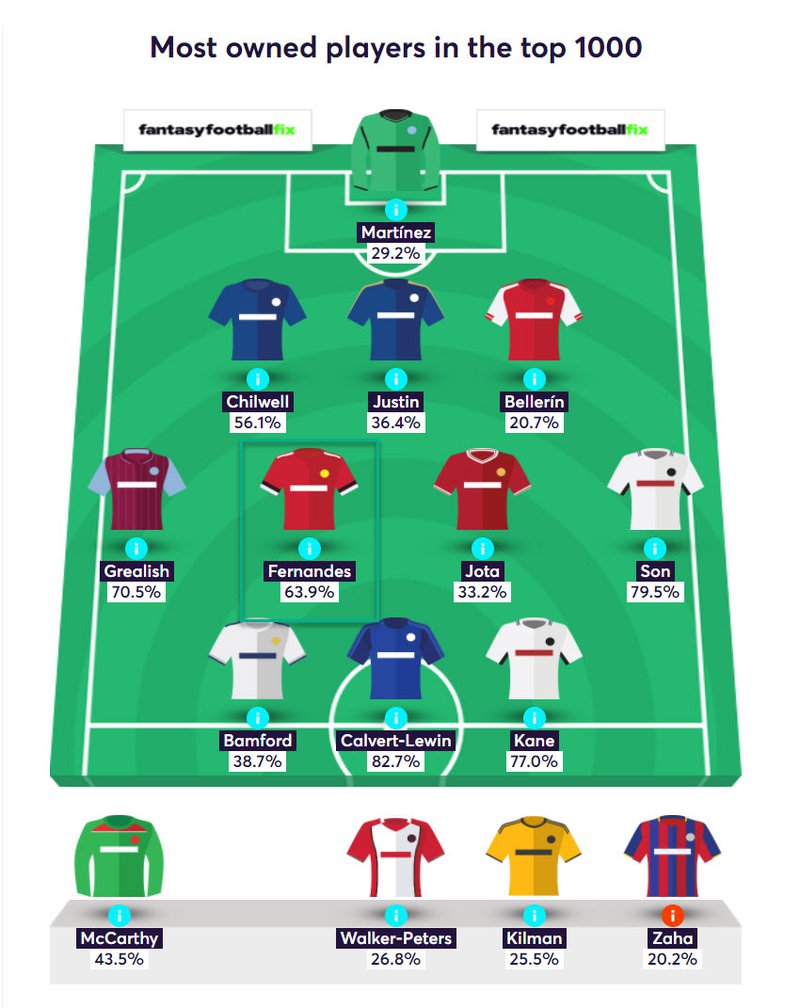 Following his hat-trick against Burnley, Mahrez has now started in seven of the last eight gameweeks, averaging 6.4 PPG. During that period (gameweek three to ten), the Algerian ranks top amongst Man. City players with a total of 13 shots inside the box (SiB) and 10 SoT. His total of 18 attempted assists ranks sixth overall and only behind De Bruyne (20) amongst teammates. He is the third most transferred in player this week as per our Transfer Stats feature. Even though Man. City are yet to hit the free-scoring highs of last season, their numbers over the 2019/20 campaign still bear repeating. During last season's campaign the Cityzens scored 102 goals, with Liverpool second for that metric with 85, and the Manchester club also fashioned 141 ‘big chances’, some distance ahead of Liverpool (109). Fulham have conceded eight goals on their travels this season, keeping no clean sheets. Only Palace (nine), Sheff. Utd (10), West Brom (11), Liverpool (11) and Burnley (12) have shipped more goals on the road. While only Southampton (29) have conceded more SoT than their 28. Our Fix Algorithm currently projects a point score of 6.8 for Mahrez. 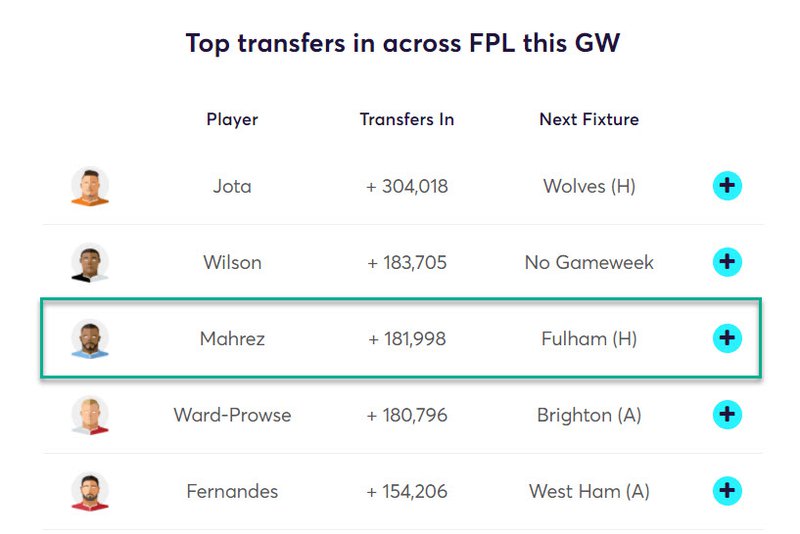 Adams has directly contributed to six goals in the last six gameweeks (three goals, three assists) to average 6.7 PPG as per our Fix Heatmaps feature. Amongst FPL forwards, only Calvert-Lewin (nine), Vardy (10) and Bamford (11) have landed more than his seven SoT over that period. Kane (10) is also the only player that can better his eight attempted assists and he ranks joint-first with the England captain for ‘big chances’ created (three). No team has scored more goals than Southampton (nine) over the last four gameweeks and only seven teams have managed more SoT than their 18. Brighton have conceded four goals in as many games, keeping just one clean sheet. They have allowed opponents 34 shots and seven ‘big chances’ over those matches. Our Fix Algorithm currently projects a point score of 4.5 for Adams. 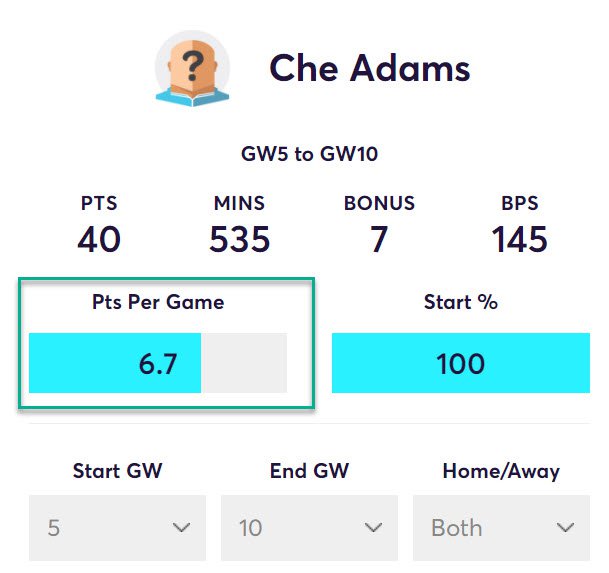 With two clean sheets, a goal and an assist in the last four gameweeks, Walker has averaged 6.5 PPG. The right-back has amassed 26 FPL points in that time to rank just behind Zouma (27) and Chilwell (29) amongst defenders. Amongst teammates, only Cancelo (80) and De Bruyne (108) have attempted more than his 69 final third passes. Man. City have conceded just three goals over the last four gameweeks, keeping two clean sheets. Only Chelsea and Spurs (both one) have conceded fewer over that period. Again, it is Chelsea (five) who are the only side to have conceded fewer SoT than their seven. Fulham have scored six goals over the last four gameweeks and only Arsenal (26), Southampton (23), Newcastle, Spurs (both 21) and Burnley (14) have taken fewer SiB than their 27. Our Fix Algorithm currently projects a 60% chance of a Man. City clean sheet and a point score of 5.1 for the right-back.