Liverpool will look to kick off their season in style as they face newly promoted Leeds in their first home fixture of the season. Over the restart (GW30-GW38), no midfielder took more shots (34) or shots in the box (SiB) than Salah and only Sterling (10) registered more ‘big chances’ than the Egyptian’s nine. Liverpool scored 29 goals over the restart with only Man. Utd (22) and Man. City (34) scoring more. Their total of 55 shots on target (SoT) was bettered only by Man. City (72). Leeds had the best defensive record in the Championship, keeping 22 clean sheets and conceding just 35 goals but they are an attacking side who are unlikely to park the bus at Anfield. Our Fix Algorithm currently projects a point score of 9.2 for Salah.

Arsenal start the season with a London derby away to promoted Fulham and with his reclassification as a midfielder for the 2020/21 season, Aubameyang now gets an extra point for clean sheets and goals which further enhances his appeal. Only Giroud (six), Kane and Ings (both seven) scored more goals than the Gabon international's five over the restart and no forward landed more SoT than his 15. He is currently the second most owned player in the game at 44.7% ownership as per our FPL Statistics feature. Arsenal scored 16 goals over the restart, only Chelsea (18), Liverpool (19), Man. Utd (22) and Man. City (34) were more prolific. Their total of 41 SoT was bettered only by Southampton (48), Man. Utd (50), Chelsea (51), Liverpool (55) and Man. City (72). Fulham had the fourth-best defensive record in the Championship, conceding 48 goals in 46 games. However, it is worth noting that 26 of these goals were conceded in home matches and eight Championship sides conceded fewer goals on home turf, showing their frailty. Our Fix Algorithm currently projects a point score of 6.6 for Aubameyang. 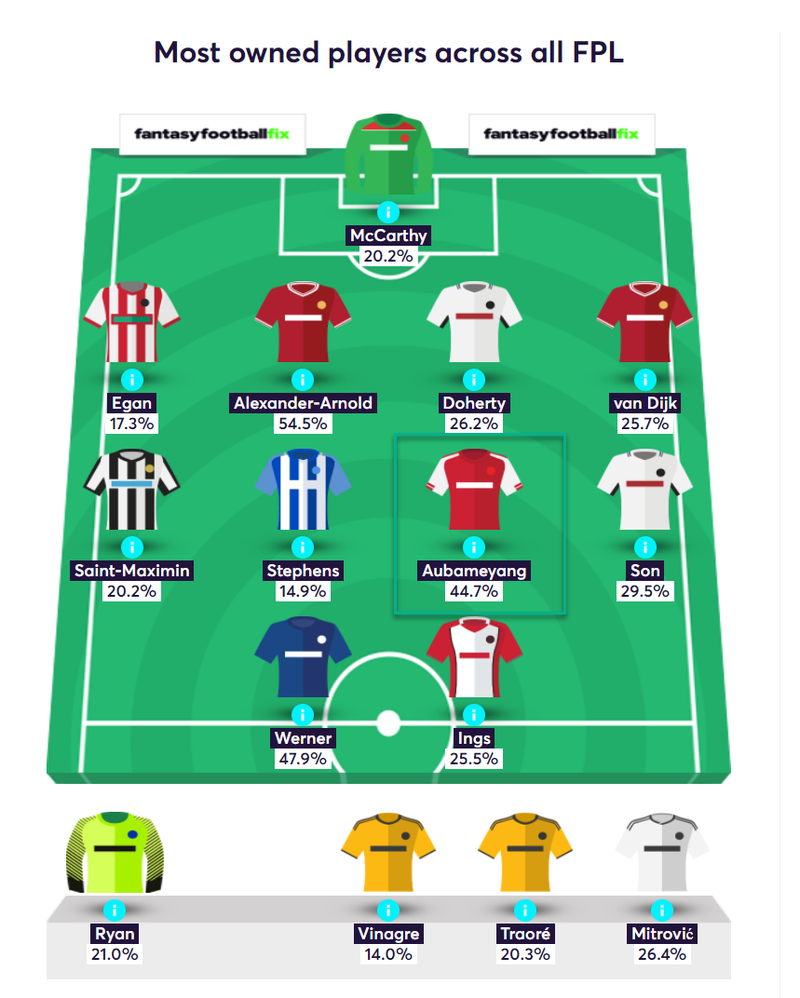 Chelsea’s new signing Havertz was a prolific goal scorer in the Bundesliga with 29 goals over the past two seasons and there is every reason to think that he can hit the ground running in the Premier League as well. Chelsea scored 18 goals over the restart with only Liverpool (19), Man. Utd (22) and Man. City (24) finding the back of the net more often. Their total of 29 ‘big chances’ created was second only to Man. City (38). As the Stats Sandbox shows, they were also second for SiB (101), only behind Man. City (143). Their opponents Brighton conceded 14 goals over the restart and only six teams were more porous. Meanwhile, Norwich (113) were the only opponents to allow more SiB than the Seagulls’ 100. Our Fix Algorithm currently projects a point score of 4.0 for the German.