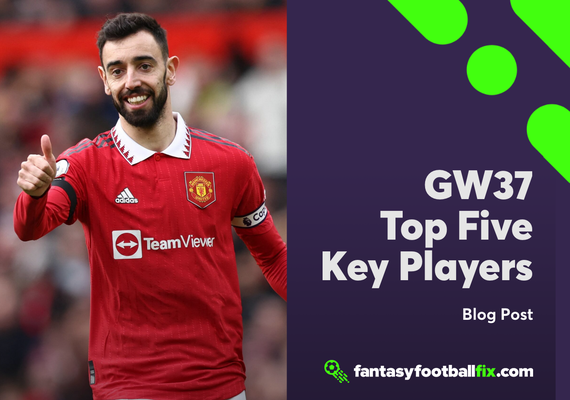 Last year's joint-top scorer Son racked up 14 goals in home matches, no player found the back of the net more often on their own patch. As the Stats Sandbox shows, he was also top for 'big chances' (18) in home matches while only Salah (31) landed more shots on target amongst midfielders (SoT) (26). Spurs scored 69 goals last season and only Chelsea (75), Liverpool (94) and Man. City (99) were more prolific. Their total of 104 'big chances' could only be bettered by Man. City (123) and Liverpool (132). Their visitors Southampton struggled defensively last season, conceding 66 goals, only Watford (77), Leeds (79) and Norwich (84) were more leaky at the back. The Canaries (100) were the only side to allow opponents more 'big chances' (98) than the Saints. Our Fix Algorithm currently projects a point score of 7.3 for the South Korean international.

Salah notched three goals and two assists in the last six gameweeks of the 2021/22 season and was top amongst midfielders for shots in the box (SiB) (18). He has scored in the last four seasons on the opening day and will be fired up to make it five. He is currently the Captain Pick in our Consensus XI which compromises some of the best FPL managers around. Liverpool scored 94 goals last season with only Man. City (99) scoring more. The Merseyside outfit topped the league for shots (729) and 'big chances' (132). Fulham have struggled in the transfer window so far and kept only 17 clean sheets in the Championship last season. An attack minded side, they were ranked just sixth for clean sheets and conceded 43 goals. Salah should get plenty of chances in an open game and the Fix Algorithm projects a point score of 5.6 for the Egyptian King. 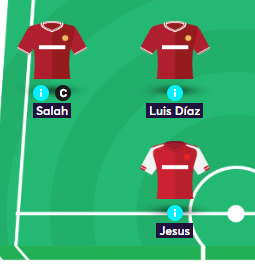 C. Wilson featured for only 1393 minutes in the 2021/22 season due to multiple injuries but with a full preseason behind him, he should hit the ground running this time around. As the below image from our Opta Heatmaps feature shows, the striker averaged 4.2 Fantasy Premier League (FPL) points per start and took a shot every 39.8 minutes. He was involved in 50% of Newcastle's goals when he was on the pitch and found the back of the net on eight occasions. Newcastle were a formidable unit at St. James Park last season where they scored 26 goals and recorded 27 'big chances'. The stadium will no doubt be rocking for the visit of newly promoted Forest who conceded 43 goals in the Championship, an average of 0.9 per game. They kept only nine away clean sheets and averaged an 'Expected Goals' conceded of 1.49. That figure is only expected to get worse with the step up to the Premier League. Our Fix Algorithm currently projects a point score of 4.1 for C. Wilson. 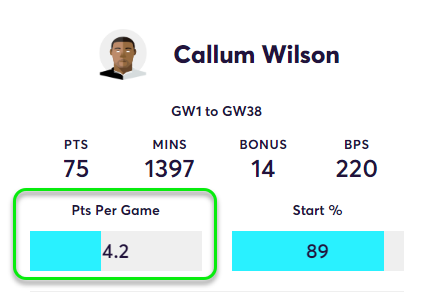