In this blog, we review the current starting squad for Gameweek 1 selected by the Top 1k Fantasy Premier League (FPL) Managers of all-time, providing an aggregated look at the data so you can understand which players this elite group of managers are selecting across their starting lineups.

Alternatively you can purchase a Pre-Season Pro Pack which includes team reveals, our algorithm starting squad, plus ten unique features all designed to give you the advantage to start this season. Click here to check out our Pre-Season site

McCarthy (4.5) – Currently the third most selected keeper in the game at 19.7% ownership, McCarthy displaced Gunn (4.5) from the Saints starting lineup after the Leicester thrashing and has been impressive since. Only Spurs (seven), Man. Utd, Wolves (both six) and Man. City (four) conceded fewer goals than Saints’ eight over the restart (GW30-GW38), so at a 4.5 price his selection makes sense.

Vinagre (4.5) – Wolves kept 13 clean sheets in 2019/20, with only Burnley, Liverpool (both 15) and Man. City (17) faring better. No team conceded fewer ‘big chances’ (47) than the Midlands side. With the injury to Jonny (5.5), their second choice left-back Vinagre should get a run in the team and is priced kindly. However, there are rumours of interest from Porto for the youngster and Wolves have also signed Marcal (5.0) from Lyon so this needs to be monitored.

Justin (4.5) – Leicester also kept 13 clean sheets last season and only Wolves (40), Sheff. Utd (39), Man. Utd (36), Man. City (35) and Liverpool (33) conceded fewer goals than their 41. The injury to R. Pereira (6.0) means that Justin should start in the Portuguese’s absence and Leicester have a kind run of fixtures to start the season with West Brom, Burnley, Villa and West Ham four of their first five opponents. The Foxes have signed Castagne (5.5) who can play at either left-back or right-back so there is a slight gametime risk, and he is very likely to lose his place when R. Pereira is back. A decent short-term punt at 4.5.

Salah (12.0) – The Egyptian failed to hit the heights of previous seasons in 2019/20 but his pedigree is unquestionable. He took more shots (132) than any player in the division and is 0.5 cheaper than last year. The initial fixtures are not great with Chelsea and Arsenal in gameweeks two and three but they are games that Liverpool will look to win as they attempt to defend their crown. The Egyptian is the top captain pick for gameweek one as per our Assistant Manager feature. 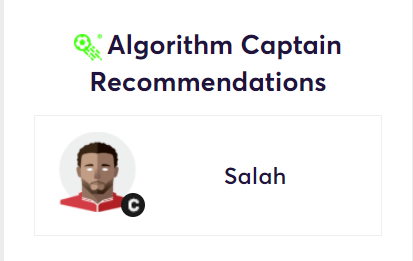 Aubameyang (12.0) – The most popular midfielder in the game at 43.5% ownership, Aubameyang is now classified as a midfielder which means he gets an extra point for goals and a clean sheet. This enhances his appeal for the captaincy and with Fulham and West Ham in the first two, he is likely to wear the armband for many of these elite managers. Only Salah and Mané (12.0) are projected to score higher than the Gabonese over the first six gameweeks according to our Fix Algorithm predictions.

Son – Spurs face only one team from last season’s top six (Man. Utd in gameweek four) over their first eight games, one of the most favourable schedules of any side in the division as per our Fixture Analyser. Over the restart, only Kane (10.5), with 25, took more shots than Son’s (9.0) 17 and only Lo Celso (7.0), with 12, attempted more assists than his 11. The Korean has been a consistent performer over the last few seasons which explains why so many top managers are backing him.