In this blog, the Fix Algorithm point projections for forwards over the next eight gameweeks are analysed.

Haaland (53.9) is the highest projected forward by a significant margin despite his gameweek 12 blank. Kane (41.3) comes in second with Jesus (37.9) in third. It is worth mentioning that the Arsenal forward is currently on four yellow cards and his next booking would lead to a one match suspension. Toney (36.0) is the pick of the budget forwards over Mitrović (35.6) while Isak (21.9) is in 17th. 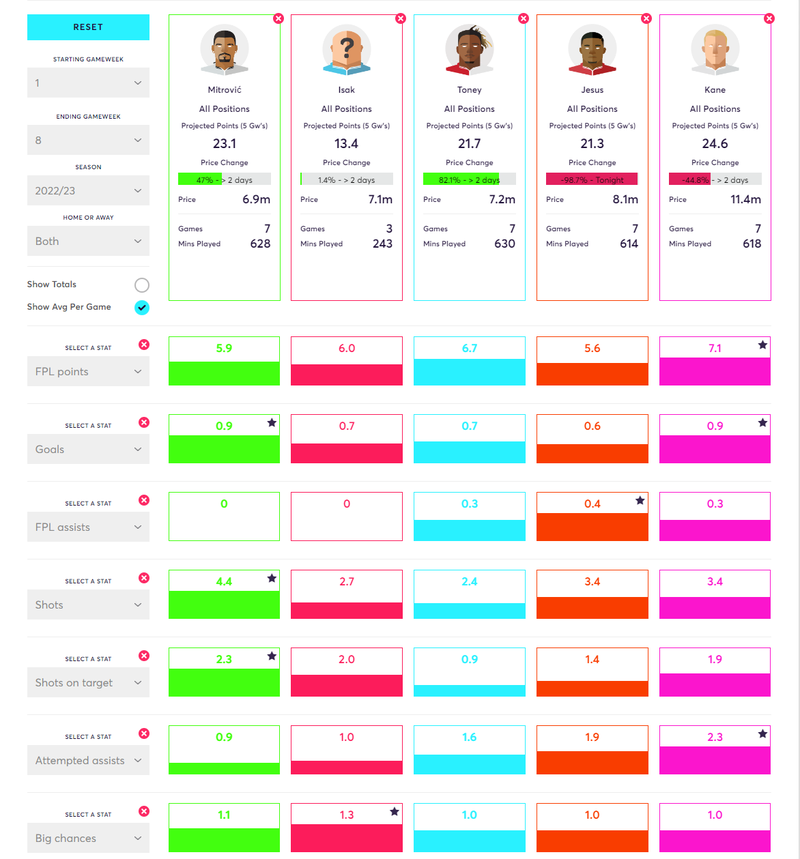 Who has the best fixtures?

As the above image from our Fixture Planner shows, Fulham (fifth) and Newcastle (sixth) have the best fixtures in the short term which enhances the appeal of Mitrović and Isak. Arsenal are ranked 20th due to their next two matchups against Spurs and Liverpool coupled with the blank in gameweek 12. Spurs are ranked 16th while Brentford are 12th with their mixed bag of fixtures. The Bees travel to Bournemouth in gameweek nine but also play Chelsea and Newcastle in the next four.

Which teams have the best attacking numbers?

Based on the above analysis, Haaland and Mitrović appear to be the standout picks while it is a toss-up between Isak and Toney for the third forward spot. Kane is also worth considering if the budget allows is available.