Everton offer Fantasy Premier League (FPL) managers excellent value in midfield and the trio of D. Gray, Doucouré and Townsend are put under the microscope using the Fix Comparison Matrix for the last five gameweeks. 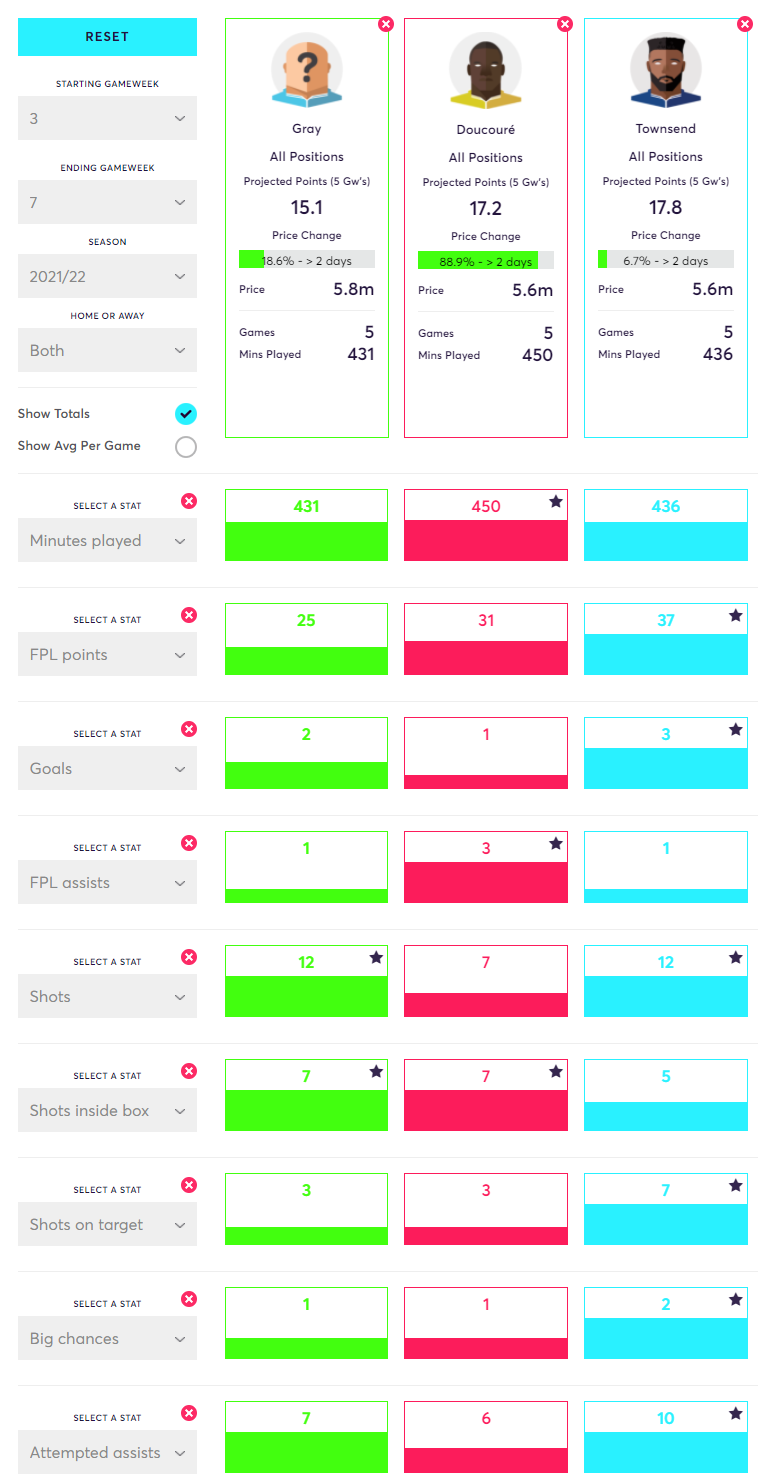 D. Gray has racked up the fewest FPL points (25) of the trio but his underlying numbers are encouraging. He is top for shots (12) and shots in the box (SiB) (seven) but only three of these attempts have landed on target. He does offer more creativity than Doucouré though, with seven attempted assists to the Frenchman's six.

Townsend comes out on top in the comparison for goals (three), shots (12), shots on target (seven) and attempted assists (10). However, a lot of his attempts are from range, with only five of his 12 shots being SiB. He has also racked up more 'big chances' (two) than Doucouré and Gray (one each). However, one of these was a penalty, soit remains to be seen if he retains spot kick duties when Calvert-Lewin and Richarlison return to the side.

Doucouré is the most secure of the trio in terms of gametime having racked up 450 minutes in five matches but there is not much in it with all the three playing similar minutes. He tops the comparison for assists (three) despite creating the fewest chances (six) and is also joint-top for shots in the box (seven).

All three offer great value with Townsend probably the pick of the bunch based on these underlying numbers.