Plenty of Fantasy Premier League (FPL) managers have chosen to activate their wildcard over the international break and in this blog the defenders projected to score the highest points over the next eight gameweeks by our Fix Algorithm are analysed.

Alexander-Arnold (37.2) is clear of second placed Van Dijk (31.5) in second, while Cancelo (31.0) comes in third. Cancelo's projections suffer due to his blank fixture in gameweek 12 but it is worth noting that the Portuguese defender is highest (12.4 vs 11.6) when compared to Alexander-Arnold in second, over the next three gameweeks. 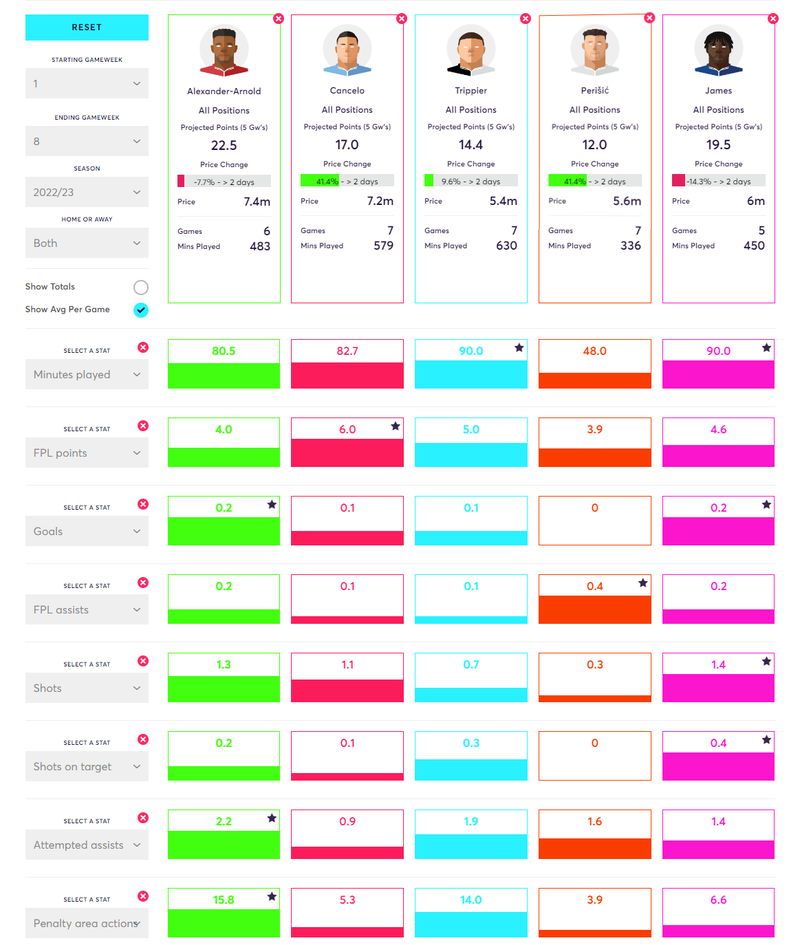 As the above image from the Comparison Matrix feature shows, Alexander-Arnold still leads the way for chances created per game (2.2) and penalty area actions per game (15.8) amongst premium defenders. In terms of attempted assists, it is surprising to see Cancelo bottom with just 0.9 while Trippier who does not make the top five projected defenders has over double that (1.9). R. James fares quite well in the comparison with the Chelsea wingback top for shots (1.4) and shots on target (0.4).

Who are the best budget defenders?

As the above image shows, the Fix Player Points Projection feature fancies the Palace defence when looking at defenders at 4.5 or under. The London side play Wolves in gameweek 12 when managers are likely to need their bench, and Andersen (29.4) is the standout choice. Apart from Palace, the West Ham duo of Zouma (27.4) and Coufal (25.1) shine while Kilman (26.6) is also worth a look. 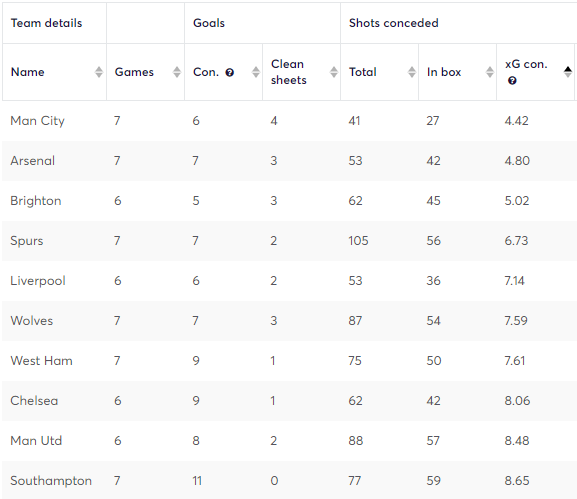 The above image from our Stats Sandbox feature (sorted by 'Expected Goals conceded' (xGC)) indicates that Man. City and Arsenal have been the top performing backlines in the league with Spurs in fourth. Brighton are a bit of an unknown quantity under their new manager, so their ranking of third should be taken with a pinch of salt. Wolves (sixth) and West Ham (seventh) have been fairly resolute as well, and are worth considering for budget picks.

The Fix Rotation Planner has identified an optimal rotation between the Hammers and Palace defenders leading up to the World Cup. This run of games avoids all matchups against last season's top eight sides while featuring three games against promoted sides.