Our pre-season site is now LIVE, containing ten new features designed to give you a supreme advantage over your rivals going into next season. For a limited time only claim 20% discount using code: EARLYBIRD20

As was the case last season, the top three scorers in the game – De Bruyne (251), Salah (233) and Mané (221) were all in midfield. The Belgian racked up a massive 36 goal involvements (13 goals, 23 assists), making a mockery of his 9.5m starting price. Salah’s output was actually down from last season, the Egyptian scored fewer Fantasy Premier League (FPL) points than last year (233 vs 259) and also scored three fewer goals (19 vs 22). Mané was similar, the Senegalese notched 221 points compared to 231 for 2018/19 and also scored four fewer goals (18 vs 22). However, he registered 10 assists compared to just three last season. Alexander-Arnold was the top-scoring defender in the game with 210 points, a total no forward could better. Priced at 7.0m at the start of this campaign, his price can only be expected to be higher next season. Vardy was the top scoring forward with 210 points and his 23 goals was enough to see him awarded the Golden Boot. Aubameyang matched his point score from 2018/19 with 205. Using the Fix Predicted Player prices feature, you can check on the likely prices for these players and others. Our Algorithm predicted 98.7% of the prices correctly for the 2019/20 season.

With the next season starting just around the corner - 12th September, using the Fix Predicted Prices you can start scratching that itch to tinker using the Fix GW1 Squad Creator tool. You can come up with a plan to squeeze heavy hitters like De Bruyne, Salah and Alexander-Arnold in your draft along with the reliable Pope in goal. Up to five drafts can be saved and once the fixtures are announced, you can see the upcoming schedule for your draft squad for the next five weeks and start devising rotation strategies for your defenders. 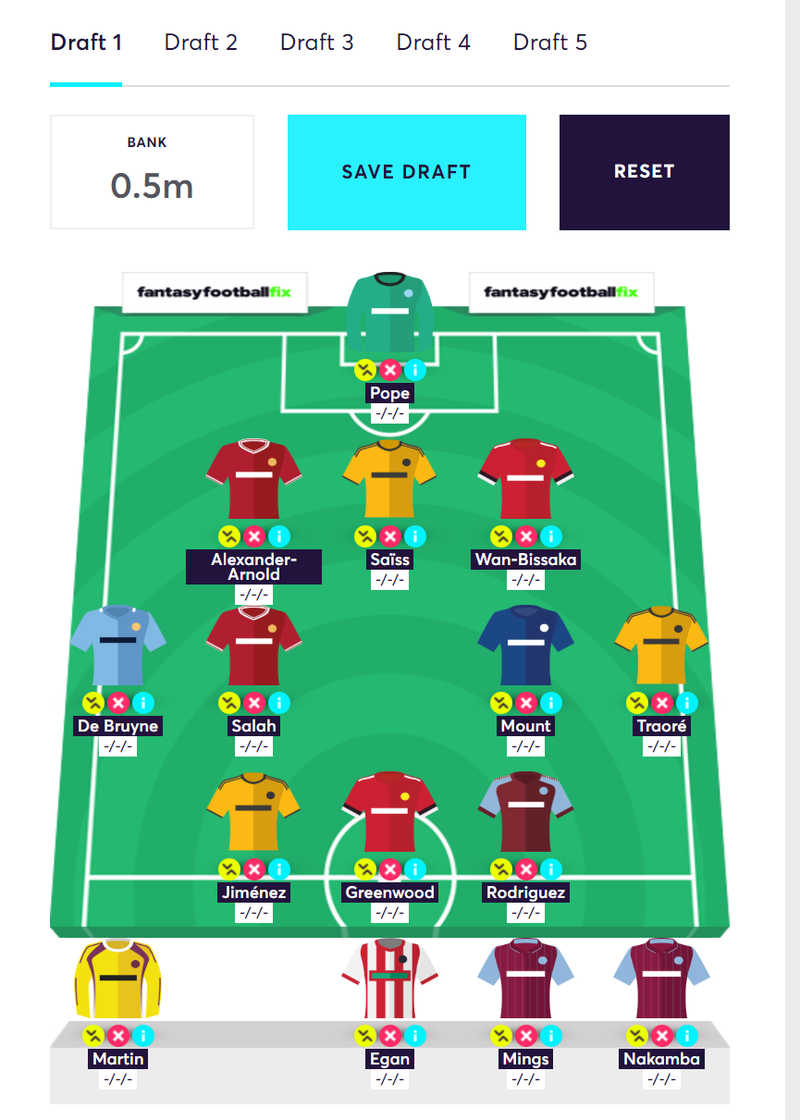 The Top 50 Strategies Section in the Fix Pre-season pack looks at the ‘2019/20 Top 50’ and the ‘All Time Top 50’ FPL players with a view to determine the optimal strategy for Formation, Budget, Team Setup, Chips, Rotation, Captains, Transfers and Wildcard. See who they trusted with the captaincy , when they used their chips and even what day of the week they made their transfers.

4. How did your strategies stack up against the best ?

Using the Fix Skills Benchmark tool, you can compare your FPL strategy fared against the '2019/20 Top 50' and the 'All Time Top 50' FPL players. A look at the Team Structure in the Skills Benchmark section shows that the ‘2019/20 Top 50’ as well as the ‘All Time Top 50’ user group went with two midfielders at 12.0m or more. They also preferred spending big on defence with at least two defenders over 6.0m. Learn from the best as you compare their chip strategy, rotations, team structure, budget distribution and captain picks when compared to your own. The Fix Skills Benchmark Tool is now live in the Pre-season guide.

It is often said that waiting on bringing in new Premier League signings is the optimal FPL strategy but that is not always the case. Players like Hazard and Salah have hit the ground running from the get go and our Live Transfer Centre Feature assesses all the marquee signings in the Premier League from a FPL standpoint. Jumping early on these players can often lead to gains in your mini-leagues and will help beat the price rises as well. Our Transfer Centre feature is now Live in the Pre-season pack with an assessment of Chelsea's new signing Werner. 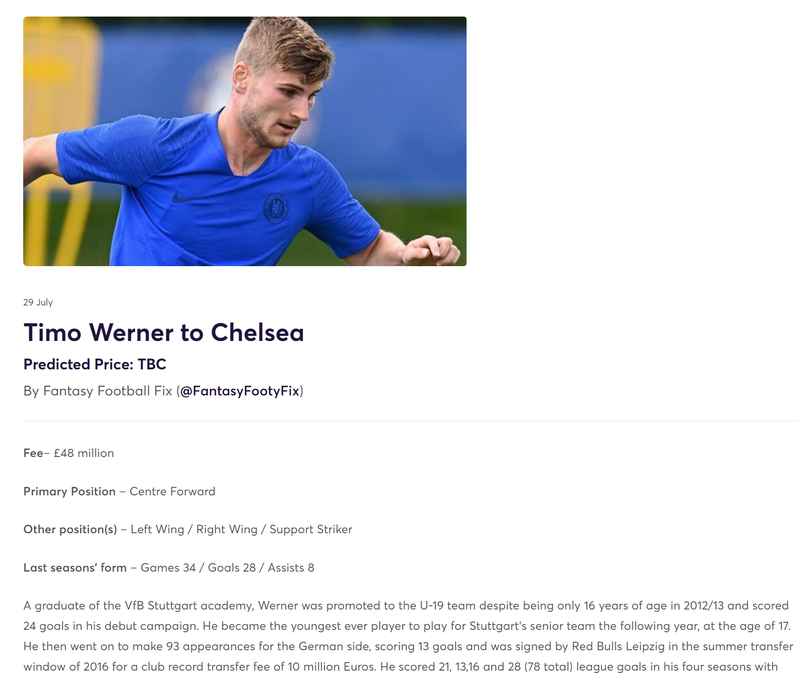